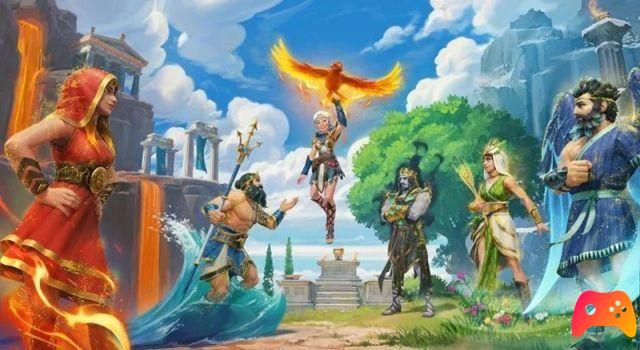 We are for the fourth and last time talking about Immortals Fenyx Rising, the Ubisoft Quebec title that surprised everyone (here our review) and that has continued its expansion thanks to several DLCs (we leave you the review here of the second). With Immortals Fenyx Rising: The Lost Gods, the circle is closed, but it is an expansion that still reserves some beautiful surprises and innovations, completely changing game perspective as well as setting and protagonist. 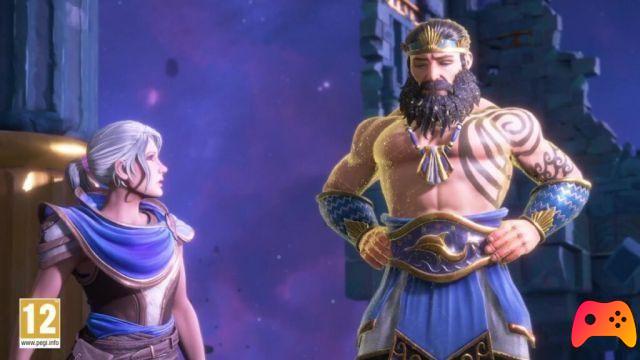 Once again the Gods need a mortal to save the world, and this mortal is Ash, a humble girl with a difficult past who finds herself becoming a heroine. Also in this case, as for Immortals Fenyx Rising, the story does not shine for originality but is followed with pleasure thanks to its light-hearted tones. Unfortunately, it will be easier to get bored especially if you have recently faced the main title or the second DLC. It will seem to live the same story with slightly different gameplay mechanics, but which are not enough to entice the player to continue the adventure. Keeping the same tones of the other contents, this Immortals Fenyx Rising: The Lost Gods certainly does not stand out for its narrative originality.

What makes this DLC different is certainly its change of perspective compared to the main game and other content released so far. In fact, we will find ourselves playing with an overhead view that will give the title a bit of freshness it needed. Certainly this is an addition that makes Immortals Fenyx Rising: The Lost Gods unique, but a fixed view from above is enough to make it special? In our opinion no, because although it can be considered a successful move, it alone does not make the gameplay so different from the previous contents, indeed, some elements are even less successful. The environmental puzzles are nowhere near the level of the main game, while the fighting style (despite the new character) is practically identical to that of Fenyx, with the only difference that Ash will not be able to perform all the actions from the beginning but we will have to unlock them.

A new progression system is then integrated, with Ash's powers being given to her as the adventure progresses. Each skill can then be upgraded with some upgrades obtainable by embedding the Divine Essences in special slots, these resources can be found in chests or by defeating enemy creatures. The mechanics of the upgrades are slightly heavy and intrusive in the course of the game, especially if you were used to the much more intuitive one present in Immortals Fenyx Rising. In the first few hours it will all seem a bit confusing but you get carried away easily after a few game sessions. In short, a gameplay that certainly does not shine for innovations, but that thanks to a new perspective deserves to be tried at least. 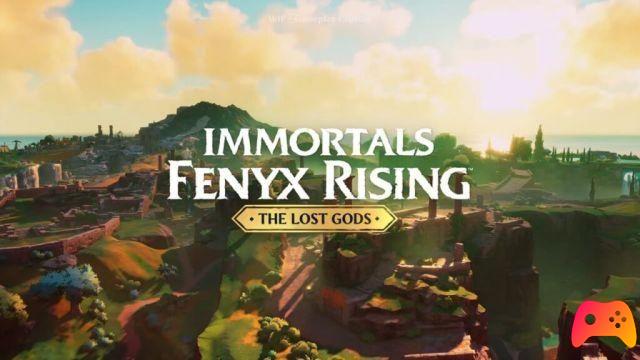 Overall this Immortals Fenyx Rising: The Lost Gods is a DLC that concludes quite worthily the contents dedicated to the Ubisoft title, minimally innovating but always remaining very tied to the basic mechanics of Immortals. Qualitatively it does not reach the previous releases in the least due to the repetitiveness and too much similarity with the other DLCs, except for the new visual and for some character upgrade mechanics (not very successful). A DLC that is worth playing if you have the Season Pass, just to close the circle waiting for Ubisoft to maybe get to work on a real sequel to Immortals Fenyx Rising.

Do you want to be an expert and know all the tricks, guides and secrets for your video games? Epictrick.com is a group of video game enthusiasts that want to share the best tricks, secrets, guides and tips. We offer the best content to be a source of useful information, so here you can find guides, tricks, secrets and tips so you can enjoy your games to the fullest. Are you ready to get all the achievements of that game that you resist so much? Enter and enjoy your favorite video game to the fullest!
Immortals Fenyx Rising - The date of the third DLC ❯

Add a comment from Immortals Fenyx Rising: The Lost Gods