Among the games announced during Inside Xbox, the digital event of Microsoft, Second Extinction is also present. The title sees the planet invaded by mutant dinosaurs and the player's task will be to free it from them. Second Extinction seems to focus a lot on cooperation, so much so that it seems advisable to play in three (the maximum number of players who can play together).

Acting with specific objectives and coordination will therefore be the best way to approach the title, which provides players with a variety of weapons. In addition to firearms, there will also be specific skills useful for eliminating mutant dinosaurs and adding variety to the gameplay. Second Extinction is also one of several titles developed to make the most of the potential of Xbox Series X, which should allow the game to be more responsive and run at 120 fps. 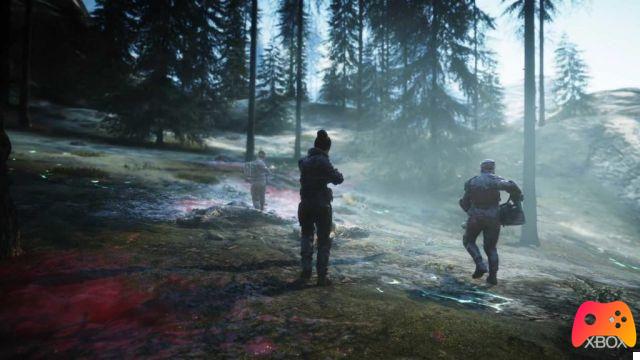 Recall that Second Extinction, like the other titles presented during Inside Xbox, will benefit from the Smart Delivery service; if you bought the title on Xbox One, you could play it for free on Xbox Series X.

Do you want to be an expert and know all the tricks, guides and secrets for your video games? Epictrick.com is a group of video game enthusiasts that want to share the best tricks, secrets, guides and tips. We offer the best content to be a source of useful information, so here you can find guides, tricks, secrets and tips so you can enjoy your games to the fullest. Are you ready to get all the achievements of that game that you resist so much? Enter and enjoy your favorite video game to the fullest!
It Takes Two sold two million copies ❯

Naughty Dog - Nothing in development on Jak and Daxter

Add a comment from Inside Xbox: Second Extinction announced