The last few years have seen the general public and gamers become passionate about a particular genre, called sci-fi, which enchants with its combination of disillusionment, hope and biomechanical technology. Dystopian futures immersed in a totalitarian regime and in a digital pollution made of neon lights and cybernetic systems are the setting for an increasingly submissive and apathetic population that, subjugated by the corporation on duty, limits itself to obeying and surviving.

But as we are used to expecting by now there is a light at the bottom of the dark: there is resistance, a group of people who do not fit in and who almost always find themselves fighting a system that seems unstoppable so much power and control. that permeates this dystopia. 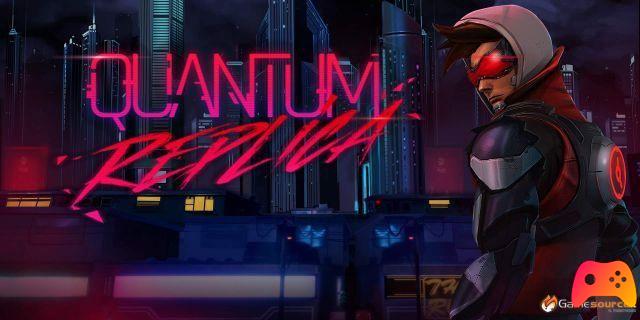 Once all hopes have been channeled into a small group of people, the population awaits the arrival of the elect, whether they are aware of it or not, to be saved from oppression. Yes we know, from the Matrix onwards (and perhaps even before - Ed) this is all stuff already seen and reviewed but this does not mean that it does not work, especially in the videogame panorama.


So ON3D Studios in collaboration with 1C Publishing EU, PQube launch Quantum Replica on the market, an indie adventure title in Stealth sauce and with an isometric perspective, available for years for PC (via Steam), PlayStation 4, Xbox One and recently for Nintendo Switch. At this point, however, the question arises spontaneously: will the development team be able to produce something valid and different from the rest, which knows how to excite the public who loves the genre? Let's find out together. 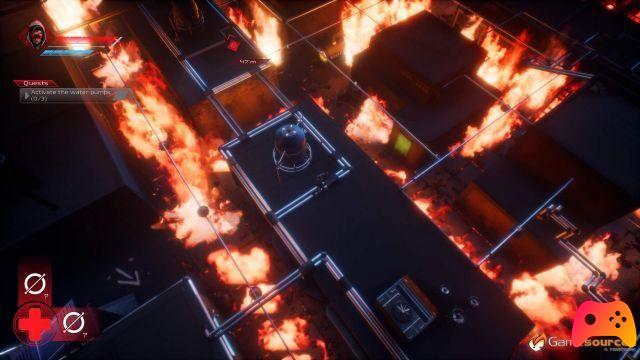 The awakening of the Alpha subject is - as in the most classic clichés - without memory and locked up in a medical-technological structure owned by the Union, a tyrannical organization dedicated to the conquest of the world and the subjugation of the population. Thrown into the fray by resistance and driven by constant and relentless communication the first level serves as a tutorial and sees us wandering our mission.

As in any self-respecting stealth, Alpha must pay attention to drones, cameras and armed guards: all these sentries are equipped with the classic visual cone and can be stunned, killed or distracted. Once the vigilante on duty has been rendered harmless, this can be concealed in order that the other guards do not give the alarm by finding him. 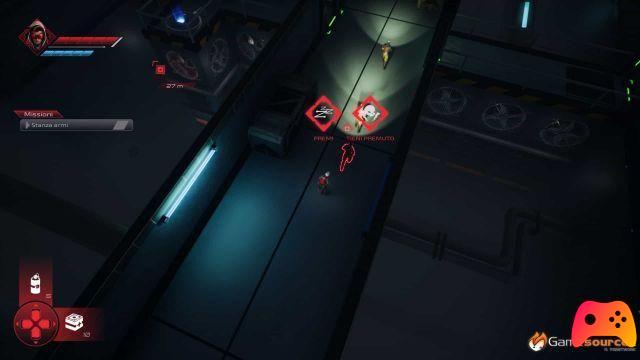 To vary the gameplay of Quantum Replica we find some features that, if it does not shine for originality, at least liven up the mood. Our protagonist, in fact, in the continuation of the adventure acquires peculiar abilities such as the quick shot, the time block and others that we do not reveal to you so as not to ruin the experience.

These particular features of Quantum Replica provide the player with the ability to vary the approach with which enemies are eliminated, giving a bit of vitality to a series of patterns that would otherwise have risked becoming too similar and repetitive soon.

Quantum Replica's game plans are artistically well crafted, albeit a little lacking in situations and exploratory possibilities. The active isometric view allows you to always have the situation under control, but although the setting is beautiful and rich in details, the direction to follow is mandatory and does not allow variations on the theme.


In a stealth context, it would have been preferred to be able to decide to approach the level from different access points, thus providing Quantum Replica with a replayability factor that would not have hurt. 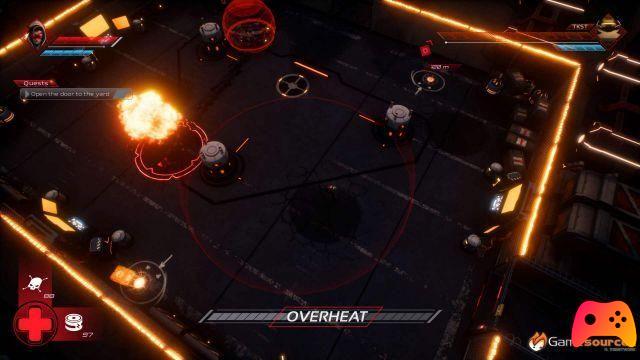 Moreover, to undermine the experience of Quantum Replica we find inaccurate commands and unfriendly environments. Move with precision, at least on the version Nintendo Switch tested by us, it is difficult and at times frustrating. Moreover, for example, we find ourselves having to shoot on platforms that crumble under our weight, which seem to say the least haunted by proposing the times for their incalculable and unfriendly collapse. In the first sections, after acquiring the shot, for example, we were stuck for a long time trying to cover a few meters of level. 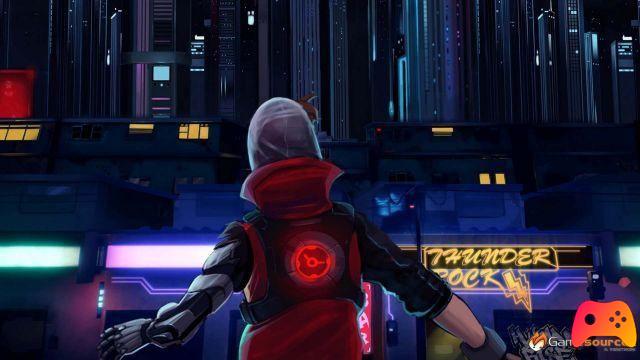 The enemies are dominated by a pleasant, fierce and non-trivial AI, even if the characterization of the NPCs is always similar and therefore monotonous. We can say that introducing a deeper background into the plot and that maybe it also involved the bosses met would have increased the involvement in dealing with Quantum Replica.

The port for Nintendo Switch, however well made and adapted, unfortunately brings with it all the strengths and weaknesses of Quantum Replica: in this regard one wonders if, in carrying out a port, it would not be better to also think about improvements but these are questions that will be lost ... like tears in the rain.

Quantum Replica is an indie adventure title in stealth sauce created by ON3D Studios in collaboration with 1C Publishing EU, PQube which lands on Nintendo Switch, after being released for PlayStation 4, Xbox One and Steam with unfortunately poorly expressed high potential. Inaccurate controls, danceable settings and poor variety of situations and enemies are heavy defects only partially offset by a nice but not very original stealth component and a suggestive but overused atmosphere. A good idea that perhaps needed to be worked on more.