The Caligula Effect is a very strange JRPG, who tries to do a lot but ends up crushed by his own ambitions. Its sequel, The Caligula Effect 2, is a pretty obvious step forward. While being watered down by some design choices that fill the sections between one dungeon and another, Furyu's new JRPG stands out from the crowd for a really interesting gameplay, evolution of the base of the first game, and a very impactful soundtrack. Accompanied by an unexceptional but entertaining story and a shaky aesthetic with intriguing ideas, The Caligula Effect 2 is a solid game that with a few cuts and a better technical sector could have flown high enough in the Japanese RPG landscape.

We anticipate that the review will contain only minor spoilers, as we will not go into the detail of the story, but we will discuss the concept very briefly. 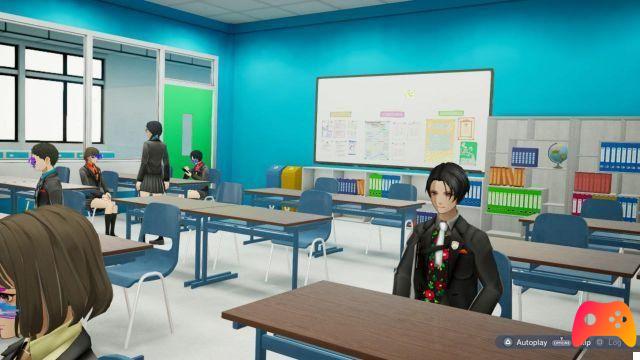 The narrative of The Caligula Effect 2 deals with a fictional world called "Redo" where a vocaloid named Regret traps people who choose to escape the real world, giving them a worry-free life.the. The protagonist becomes aware of the illusion in which he is trapped thanks to "X" (pronounced "Ki") a vocaloid never released daughter of the main villain of the first chapter and must fight the various "Composers" allies of Regret to return to his own world .

Each of these has its own dungeon, with very distinct narrative and musical themes and their own minor stories contained within them.

The game structure takes a lot from the Persona model, being the game written by one of the writers of the Atlus series. Unfortunately, this is where one of the biggest flaws of The Caligula Effect 2 is noticed: the sections between one dungeon and another are rather flat. The players are offered the usual "Social Link" style character events which are quite cute, but outside of that the parts between the various major story events lack a gameplay system that makes them fun. The protagonist will be able to undertake secondary missions that usually require you to talk to some people, or to do a certain number of actions in combat ... and more or less this is the only activity that can be undertaken outside the dungeons.

Fortunately when the narrative starts to continue and you are catapulted into the middle of the action, everything returns to work, especially thanks to two components: the combat system and the soundtrack. The battles of The Caligula Effect 2 use a very particular ATB system, time is constantly advancing and both your actions and those of your opponents take place at the same time inside free-moving arenas. This means that enemy attacks can be blocked, allied attacks can be chained in combos, and timing becomes a key part of a match's tactics. All completed by a "Risk Gauge" system that allows you to break the enemy defenses and skills that allow you to stop specific types of attack. 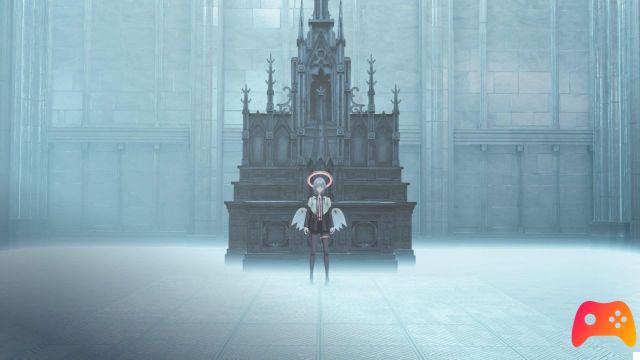 At the combat system level, everything is thought out really well. Each character has its own usefulness, their play styles reflect personalities (simple but present) and none reside in the role of the "useless party character". Indeed, it is quite complex to choose who to use, thanks to the well thought out game balance. If we should find a fault, it lies in the slowness of the function that allows us to look forward in time to decide when to act.

It would have been better to show the opponents' actions quickly and immediately, rather than having to wait to see a full simulation of the next few seconds, which will then have to be seen again after confirming the move. 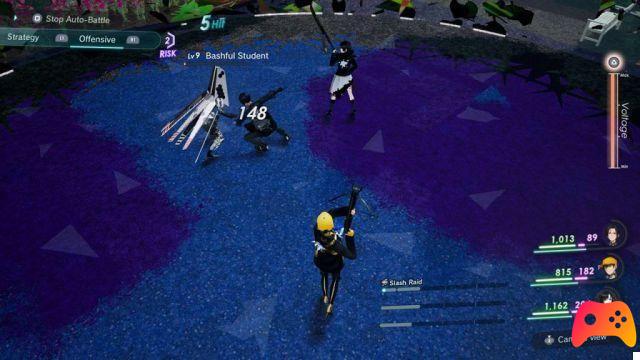 The second strong point of the dungeon sections of The Caligula Effect 2 are the ost. All composed based on the various types of vocaloid songs and sung by the villain Regret, these make each level unique and reflect very well the theme of the mini-stories that take place within. Even if the writing is sufficient and not incredible, the soundtrack manages to give character to the various characters using the game concept itself to its advantage.. We also appreciate how dynamic these are, moving from instrumental to vocal based on whether or not there is a fight.

Unfortunately, however, we must also talk about what is probably the greatest Achilles heel of Caligula Effect 2. The graphic sector is on the verge of insufficiency, saved only by some very interesting and intelligent aesthetic choices. The animations of the characters range from cute, as in the cases of their battle animations, to almost ridiculous as in the case of the protagonist's running animation. This is a shame considering that Furyu also took care of the good Crystar which, although remaining a budget project, is always pleasing to the eye. 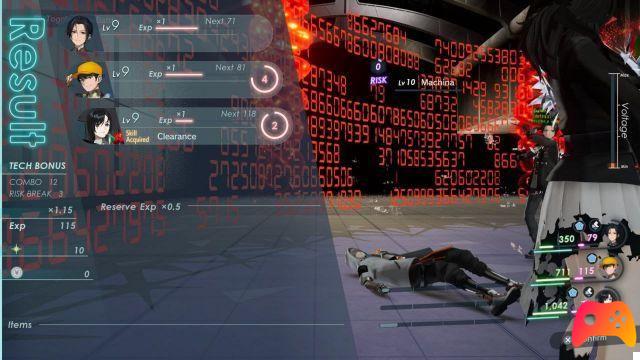 The Caligula Effect 2 is a very solid JRPG, with an excellent combat system and a good soundtrack. The narrative is not surprising, but it is entertaining and has interesting dynamics. Unfortunately the graphic sector too retrograde and the sections between the various dungeons limit its potential, however even net of these defects, it remains a valid experience that we would like to recommend to all JRPG lovers, even if only for the well-made system. ATB offered.

Do you want to be an expert and know all the tricks, guides and secrets for your video games? Epictrick.com is a group of video game enthusiasts that want to share the best tricks, secrets, guides and tips. We offer the best content to be a source of useful information, so here you can find guides, tricks, secrets and tips so you can enjoy your games to the fullest. Are you ready to get all the achievements of that game that you resist so much? Enter and enjoy your favorite video game to the fullest!
The Invincible: released the teaser trailer ❯

Atelier Lydie & Suelle: The Alchemists Of The Mysterious Paintings - Review