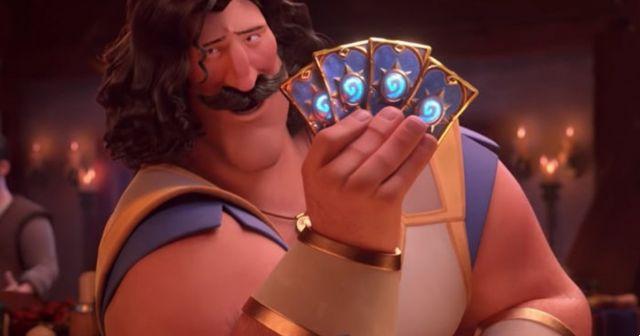 One of the benefits of being able to play video games on a cell phone is to be able to enjoy one of our favorite hobbies anywhere and everywhere. Hence, genres like car racing, puzzle, platform or action games are among the most popular for users.

However, there is a perfect genre both to be enjoyed on both smartphones and tablets. We are talking about trading card games (Trading Card Game or TCG). This style of play is quite popular in its physical version, as it not only allows us to collect hundreds and hundreds of cards and exchange them with our friends, but also to play exciting games with our rivals.

And how could it be otherwise, mobile platforms have made TCG even more popular. It is no longer necessary to store hundreds and hundreds of letters in drawers or shelves, we can find rivals anywhere in the world without having to leave the house and, above all, you don't need to spend hundreds of dollars on envelopes and letters since the great most of these titles are free.

Want to know which are the best TCG card games for mobile devices? Now, we are not responsible for the amount of hours you can be hooked to your smartphone screen.


The best trading card games for mobiles and tablets

Let's start with one of today's most popular and important trading card games. Hearthstone is a title developed by Blizzard and based on the veteran MMO World of Warcraft, so if we are aware of its tradition, we will have even more fun. With more heroes, thousands of cards and many game modes, Hearthstone has millions of active players every day, the which makes it a great choice to start in the world of card games.

To all this we must add that Hearthstone is completely free and although you can buy booster packs to get random cards, if you just want to have fun and play some daily games for just plain enjoyment, Hearthstone is the game for it.

You will have read the books, played his wonderful console and computer games, and surely enjoyed his recent TV series released last year on Netflix, as well as have his best mobile wallpapers. Geralt of Rivia is The Witcher, a powerful sorcerer who, in addition to hunting monsters and resolving conflicts, in his spare time he dedicates himself to playing cards.

Gwent is a collectible card game based on The Witcher universe so in addition to meeting Geralt himself, Jennefer, Ciri and even the bard Dandelion also appear, as well as other characters and monsters from the saga. A free and fair game where the player's skill is more important than the power and rarity of the cards.

Legends of Runeterra is the answer to card games like Hearthstone, Pokémon or Magic, but this time with our favorite Summoner's Rift characters. A game where it is essential to choose champions and cards wisely and where a single wrong move can mean defeat. And how could it be otherwise, totally free.

Clash Royale is a very different card game from the previous ones. The key here is to take down the enemy fortress using our characters, using spells and other abilities, all playing our cards at the right time and defending ourselves from the opponent's attacks.

When we win games we will get points, being able to unlock new units and improve them. The key is to build a good deck with powerful units like the prince, knight and baby dragon and eliminate our enemy mercilessly.. Clash Royale is completely free (although it has microtransactions) and is always constantly evolving by adding new characters and abilities.

Unfortunately it is possible that if you play without paying, there will come a time when you will find players you cannot beat, but this is unfortunately very common in this type of title. However, it's still just as fun and enjoyable,

And if we talk about card games, we cannot leave out Yu-Gi-Oh !, a popular manga that has given life to animated series as well as hundreds of games. This time it is a completely free mobile game with mechanics that are easy to learn but difficult to master and that allows us to play against other players from anywhere in the world.

Yu-Gi-Oh! Duel Links also stands out for its hilarious gameplay, for its amazing 3D graphics, for having original voices from the animated series in English, Japanese and Korean and for its hundreds of letters. It also has several game modes and is that in addition to the duels played versus played (PvP) it also has a single player campaign in which you can get unique cards.

Pokémon is one of the franchises with the most video games in history. In addition to those known from the main franchise, Pokémon also has several mobile titles such as Pokémon GO or Pokémon Café Mix. And yes, it has also the title of a collectible card.

Pokémon TCG is a fun card game that also has its virtual version for mobile platforms call TCG Pokémon Online. We choose a type of Pokémon, build a deck and start fighting against other trainers. Unfortunately, Pokémon TCG Online can only be played on tablets and is not compatible with mobile phones. However, it's really fun (as well as free) so it's still highly recommended if you're not just a card lover, but a Pokémon lover as well.

Who hasn't played Magic? Because we can't mention the word TCG and not refer to the game that changed everything. Magic is perhaps the most successful card game in the world, which is soon to be said, but is that this veteran game has been at the top for many years, revamping its rules and attracting more and more players.

Magic: ManaStrike, invece , moves away from the original card game to offer us more direct gameplay and with much more action, something like Clash Royale but with the world of Magic.

The idea is to launch units onto the battlefield, attacking our rival and defending us from their attacks. A very strategic game with a great peculiarity, i its games are very fast so it is ideal for playing anywhere and anytime.