With studies stating that nearly all kids apps offered on Google Play are inappropriate, you need to be very careful when doing it they download applications or games that will then be used by the little ones of the house. That's why establishing some kind of parental control system on our devices might be a good idea. 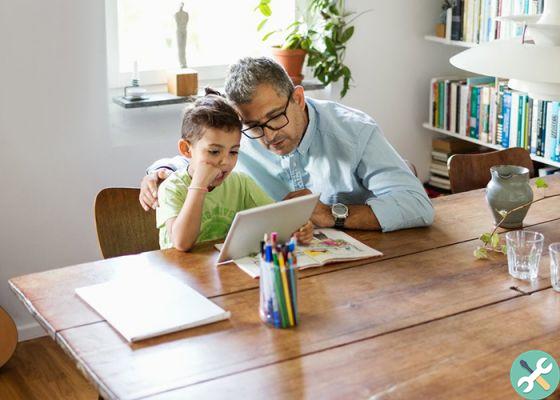 But these are not the only steps to take when lending or buying a mobile phone to a child. One of them is to choose well what kind of games can they play. For this we wanted to compile some of the best games for children downloadable from the Google Play Store, available on both mobile and tablet.

One of the funniest kids games we can find on Google Play is Animal Jam. In this title we will have to choose in which animal we want to transform before starting to explore the vast world of Jamaa in search of other animals. As you progress, it will be possible create your own style through accessories, clothing and many other elements.

Additionally, it acts as a educational game thanks to nature videos, different species of animals and downloadable e-books. The game is free to download, although it has in-app purchases that are used to unlock items. 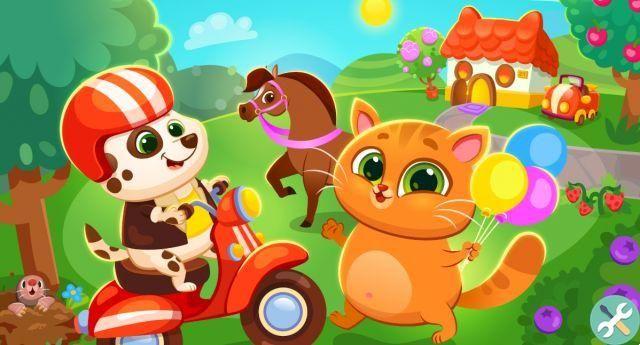 The developer Bubadu Games offers a huge collection of great games for kids. Most of them have as protagonists lovely animals and packed with mini-games such as 2048, Diamond Connect, horse jumping and many more.

The most famous yellow characters, with the permission of the Simpsons, also have their own mobile game, and it's a perfect title for the little ones of the house to have fun on their mobile or tablet. Minion Rush is a very easy game to play, where you have to travel as far as possible by collecting bananas and avoiding obstacles.

Several studies have shown how playing Minecraft can be a fantastic way to increase the creativity of the little ones. Mojang's construction game offers players an infinite world to explore, learn and experience. Although the full game is paid - it costs 6,99 euros - you can download one free trial version.

Touch the games of Boca

Another developer specializing in creating fun games for kids is Toca Boca Games. Many of their games, like the famous Toca Kitchen, they aim to develop their creativity cooking dishes with any ingredient that comes to mind, before serving them to guests and checking their friendly reactions. In total, the company delivers 29 of the most fun games, some of which are available totally free.

A newcomer to the Google Play Store who can become one great option for entertaining multiple children in the house it's Super Truck Man. This 3D graphic truck simulator mission is to go as far as possible collecting gems and avoiding obstacles that will appear along the way.

Nor could one of the official sets of the most famous construction figures be missing. Lego life allows children to enter a totally safe community, where it will be possible digitally build figures of all kinds to complete challenges, see other players' creations and share your own. And best of all: there is no need to collect all the pieces of the dream once it is finished.

And speaking of educational games, it could not be missing codeSpark, a game with which children between four and nine can learn the basics of programming through interactive minigames such as puzzles, game designs or printables.

In codeSpark, kids will learn these types of programming concepts and eventually end up create your own projects, following a curriculum approved by MIT and Princeton University.

The games in the series Sago mini are a favorite with children and in Sago Mini Friends all the characters of this franchise meet in a world that promotes concepts such as empathy, creativity or sharing through activities ranging from giving gifts to snacking.


The game is free to play and does not include third party advertisements. It also doesn't include in-app purchases. Its creators offer it as title for children between two and four years old.

Another classic of the games for the little ones of the house is Crossy Road. For those who still don't know, it should be remembered that this is a game where the goal is get as far as possible avoiding obstacles while controlling characters such as a chicken, the Android robot, Frankenstein and many more.

While it's not the only Disney game available on Android, it's a favorite with kids: Free Frozen Fall brings together characters from the award-winning film series.

It is a puzzle game where the goal is to connect ice crystals of the same color to get the highest possible score.

It may not be as popular as the rest of the games listed here, but it's worth a try Road Trip: Endless Driver. In this game you will have to control a police car, a racing car or any of the 33 vehicles included, and try to get as far as possible without colliding with the rest of the cars.

The classic Tamagotchi it also has its own game for mobiles and tablets. In this game created by the historical developer Bandai NAMCO, the goal will be to keep our character clean, well fed and amused, as we explore Tamagotchi's virtual world to meet other friends.

GTA 5 (Real) on Android: how to play it on your mobile or tablet ❯

add a comment from Children's games for mobile and tablet: 13 free options