Over the years there have been numerous sports deliveries, for sports-loving users. Football is undoubtedly a sport that manages to unite millions of people at a specific moment, where they share the passion and excitement for the matches of their favorite teams and nations.

Furthermore, this excellent sport is one of the most acclaimed in the world, and above all for the plays, goals and historical moments it has left us over time.

That's where the First Touch Games decides to develop a video game that manages to convey the excitement of a real match, as well as compete against a large number of online players to get the precious crown and become the champion of Score Match.

But you have to keep in mind that this game is strategic and has a wide variety of players who will help you win matches, that's why we are going to teach you in this post how to use the super player Jet. Read on and find out more.

What is the best position to place the super player Jet?

The best position to place this amazing player is like attacker or on the flanks, in this way you will have greater speed on the break, making precise passes and plays that will end in a sure goal.

On the other hand, there are users who claim that using Jet as a defense guarantees you a guaranteed win, when it comes to winning spades quickly and being able to make precise passes to attackers, being a perfect player for the counterattack.

If you like strategy games, we recommend that you check out the best strategy games for Android offline and so you can enjoy more stakes for your mobile device.

How to use the Jet Player in Score Match

Score Match has a great variety of players, among which the super players stand out, who give you a slight advantage if they know how to properly exploit it in every game you play, among these players there is one that has caught the attention of lovers of this game, the Jet sprinter who is characterized by having great speed and agility when moving on the pitch.

As previously mentioned, Jet has a number of features that make him unique and special, which puts him ahead in a heads-up against a sprinter, as well as being a bit taller than the game's common sprinters, gives him a advantage to win head jumps. 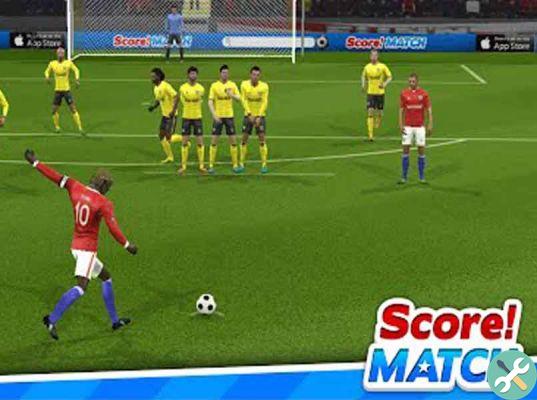 But before you know how to use Jet properly, you need to check that your mobile is compatible with said game, as with its latest updates it has stopped working on a wide variety of devices.

Who is the best Score Match player?

Choosing a Score Match player as the best is something very subjective, this is because everything it depends on how you put your training together. Therefore, even if you use the best players, if your training is poor you will not be able to win.

The players who stand out the most are the Wizards and Architects, who generally sit in midfield and are excellent in attack. However, there is another range that mixes several important qualities when attacking in Score Match. These are the Bulldozers, this class of players is characterized by the speed of their attack and their strength. They can be placed forward and are great for taking turns. Among these Bulldozer players, the one that stands out the most is Matsumoto who has quite interesting characteristics and can be considered one of the best players.

Score Match is a soccer video game that allows you to play matches in real time with people from all over the world, as well as having excellent graphics and an online and offline system to play at any time. The matches have a maximum duration of 2 min where the team that manages to score 2 goals wins quickly, but if there is a draw at the end of the game, the penalty kicks are taken. 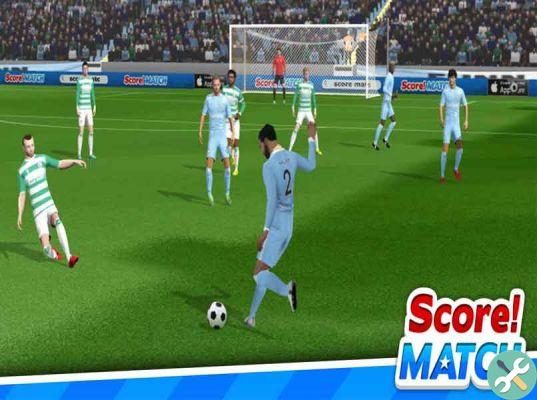 This saga became famous thanks to one of its first Score Hero episodes, which allows you to relive the historical plays of football, such as the legendary free kick from the center of the field by Roberto Carlos in the friendly Brazil-France in 1997.

You can finally get a Score Match from the official Google Play page, and in this way you can enjoy the excitement of football in real time.

How to level up your players

In Score Match there are mainly two ways to level up our players. The first is to use them regularly in every game, but always bearing in mind that we must play in low arenas. This is mainly to always win games and share the experience as it should. You can do it for as long as you want and also load as many players as you want. Later, when they have a high level like 8 or 9, you can go to higher arenas.
The second way is through the special packaging in gold and platinum with diamonds. These cost gems and can give you 120 cards with generic players. Gems are affordable and you can purchase as many packs as you can afford.