NEO: The World Ends With You - Review

NEO: The World Ends With You is a title that starts with a very difficult role to play. It is at the same time the sequel to one of the most beloved classics of the Nintendo DS era and a new game that does not enjoy great exposure outside a specific niche of old fans. Like so many other JRPGs, time solidified the critical image of the first chapter but didn't really help its popularity. With this sequel, Square Enix aims to lay the foundations of what could become a successful new brand, obviously also trying to replicate the magic of the first chapter for DS. The result is something we definitely need to discuss. NEO: The World Ends With You is a fantastic and memorable title that certainly deserves a chance, but which perhaps owes a little too much of its identity to the game that precedes it.

The first major obstacle in having to create a sequel to The World Ends With You is the basis of game design; how to transform first chapter DS gameplay to work on one screen? As we mentioned in our demo trial, NEO has a very interesting idea to keep the aspect of commanding multiple characters at the same time without being able to resort to dual screen. Based on the pin equipped we will be able to control the various characters in the party with a different button: by pressing the command assigned to them we will be able to move or make even more characters attack at the same time. On paper this concept is rather confusing, but NEO: The World Ends With You is built by expert hands and calmly accustoms the player to this potentially chaotic gameplay solution. Getting used to controlling more and more characters is in fact much simpler and more intuitive than we expected. 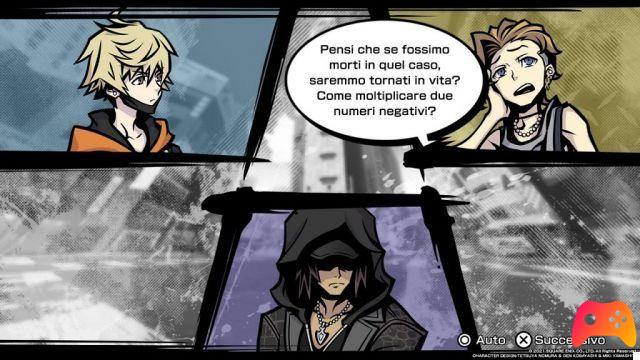 If we were to find a flaw in the gameplay, it would be in the rather mundane bossfights, at least until you get into the last third of the game. Due to this very slow learning curve set by Square itself, many fights in the first half of the game are straightforward. To suffer the most from this are the few bosses who, in addition to appearing infrequently, are also easily decimated with a spasmodic spam of keys without real tactics or without having to react to their moves with particular attention. This is in our opinion due to the fact that dodging is not very responsive and the chaos created by the characters on the screen also makes it difficult to perfectly decode certain situations. Realizing this, the designers have probably decided to take it easy and propose more complex bosses only at the end of the game. This is a "half defect" as some interesting battles are present, however it will take several hours of gameplay to reach them. 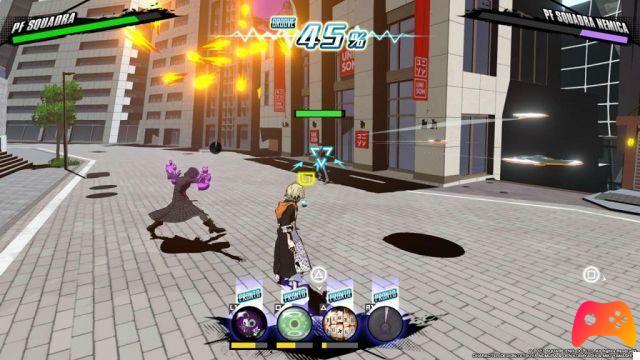 Outside of that, NEO: The World Ends With You's combat system pretty much convinced us completely. We do not consider it superior to the original, in the DS version of course, but it is a worthy replacement now that the dual screen console is no longer relevant on the market. Designers have found ways to always add new mechanics to keep the game fresh and fun: from the combinations that can be performed with the groove, to the addition of more and more usable characters, up to the good variety of different attacks that can be used through the pins. The latter represent another great strength of NEO: The World Ends With You.Building a team by paying attention to which pins are best in tune for Groove or choosing to focus on their hidden skills to create particular approaches is always fun, thanks also to a game system that will often push to change attack setups and enhance those already in use. To all this are added the equipment and the "leveling" system through the restaurants, which are integrated with the game progress to create a satisfying loop and which can make hours and hours evaporate without you noticing. 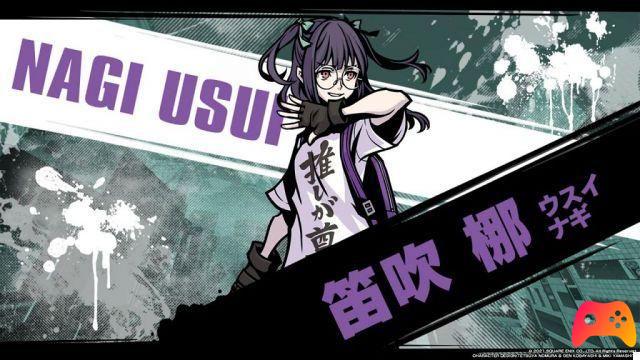 Having discussed the gameplay, let's spend a few words on the narrative of NEO: The World Ends With You. Also in this sector, as for the game system, we are very satisfied… albeit with another “half defect”. The story of NEO: The World Ends With You is in our opinion one of the most solid and well thought out among those baked by Square Enix in the last decade, excluding Final Fantasy XIV.. Although nothing extremely surprising, the development of the game is told very well, so much so that it is rare to see in a video game a pacing that keeps so much interested in the events, especially in games as long as NEO: The World Ends With You. Over the course of the approximately 40 hours of play we have been constantly attentive to events thanks to the progressive addition of new mysteries, characters, events, clues and small narrative climaxes to prevent the story from seeming too slow. 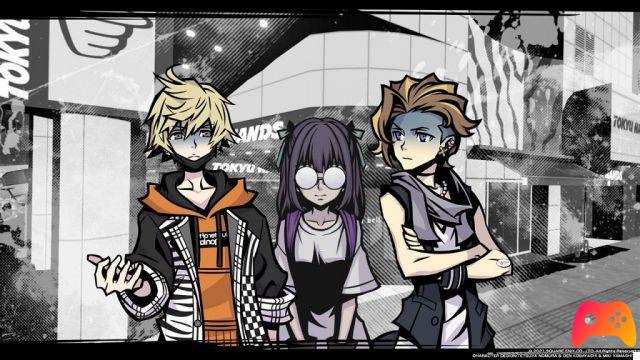 Obviously there is a small "if" to all this reasoning: the dialogues and characters of NEO: The World Ends With You, as in the previous one, are exaggerated caricature of the modern Japanese teenager. They speak in slang, dress with a style that borders on the ridiculous and have markedly extreme character "quirks". If this concept, very "anime" style, is not in your strings, then NEO: The World Ends With You will not be able to offer you much as everything that is good is born within this context. For us this is not a defect, but rather a very strong artistic choice that we sincerely share. Never since the first The World Ends With You have we seen Nomura's creative direction as “fitting” in a video game as we find it in this one. 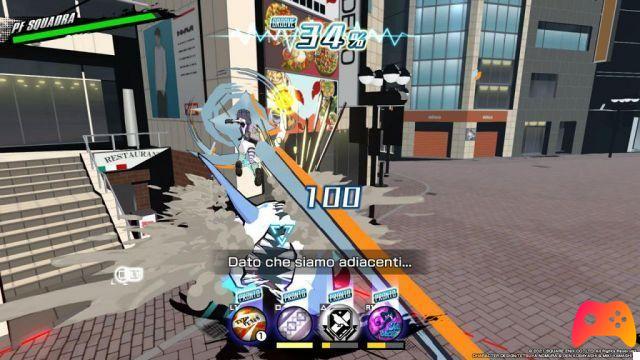 What we can certainly consider a further flaw, however, can be found in the final chapter. The conclusion of the story is satisfying and very “over the top”, as we expected from a project with Nomura as creative direction. The problem, however, stems from the fact that, in the last sections of the game, NEO: The World Ends With You seems to lose some of its identity, using many plot points from the first game and giving them a lot of space, before diving back into the content completely. original. We can't go into details or we'll fill you with spoilers of course, but let's say that if we found the plot generally excellent, the final sections can be quite confusing if you don't know well the first The World Ends With You or its DLC for Nintendo Switch. 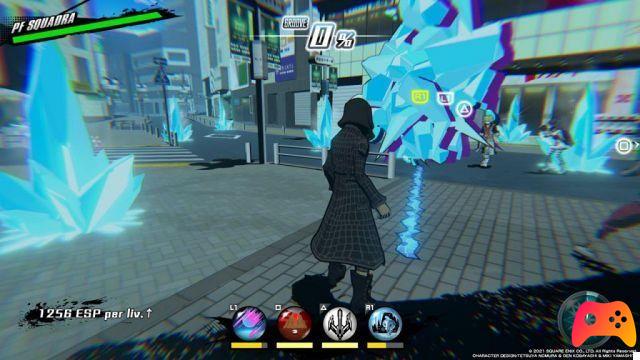 Having said that, we must finally spend a few words on music and the graphic / technical sector. The first is exceptional, as expected. The remixes of the old songs are many, but they integrate well with the new tracks, which are just as numerous. The 2000s rock mood is, like the anime style we talked about before, definitely hit or miss with many people; however, we liked it and think it fits in well with the whole game design. The graphics sector, on the other hand, is sufficient. This is not a bad game to watch, but neither is it a particularly interesting one. The performance is satisfactory, we have not encountered drops of any kind, however we must emphasize that we have played the title on the PlayStation 5, therefore we cannot guarantee the same performance on the Nintendo Switch. 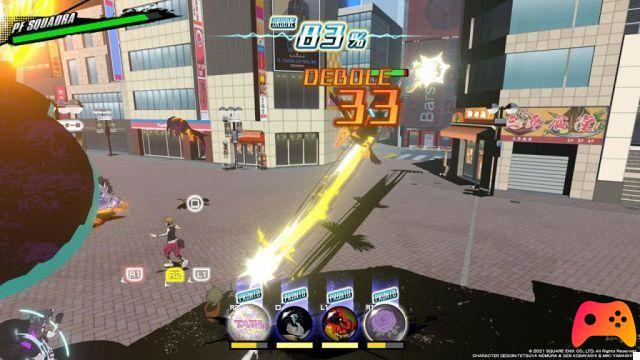 NEO: The World Ends With You is yet another great JRPG to come out in recent years. With a unique style and a compelling story it will surely win over fans of the first chapter, but also newcomers. The new combat system is fun and satisfying, even if the difficulty curve goes up a little too slowly. It is mainly the bosses who suffer from it, but they recover towards the end. We can only recommend this title, perhaps by first recovering the Final Remix of the first on Nintendo Switch.

► NEO: The World Ends with You is an RPG-type game developed and published by Square Enix for PC, PlayStation 4 and Nintendo Switch, the video game was released on 27/07/2021 The version for PC is scheduled for the 30/09/2021(in 5 days).

Do you want to be an expert and know all the tricks, guides and secrets for your video games? Epictrick.com is a group of video game enthusiasts that want to share the best tricks, secrets, guides and tips. We offer the best content to be a source of useful information, so here you can find guides, tricks, secrets and tips so you can enjoy your games to the fullest. Are you ready to get all the achievements of that game that you resist so much? Enter and enjoy your favorite video game to the fullest!
Monster Hunter Stories 2: Wings of Ruin - Review ❯

Add a comment from NEO: The World Ends With You - Review