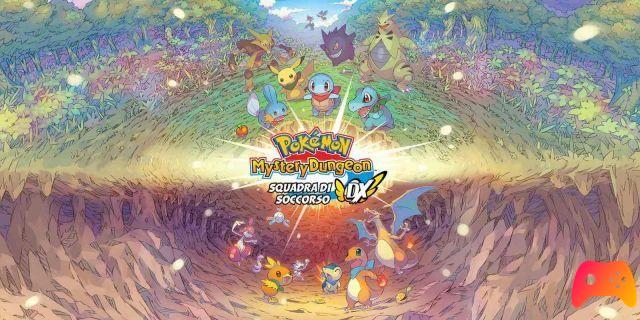 All about the legendary birds in Pokémon Mystery Dungeon: Rescue Team DX.

In Pokémon Mystery Dungeon: Rescue Team DX there are many Legendary Pokémon that can be recruited: the first being the first generation elemental birds Articuno, Zapdos and Moltres. In this guide we will explain where to find them and how to easily defeat them.

Meeting them is required by the main adventure, but they will not be recruitable at first. They will become only once you have finished the game. Absol, companion for much of the adventure, will be stationed outside your base, reminding you of your unfinished business with Articuno, Zapdos and Moltres.

Premise: The three legendary birds of Pokémon Mystery Dungeon DX have the Pressure ability (which runs out of PP first of the moves) and are at level 50. They can be recruited in any order.

How to get Articuno 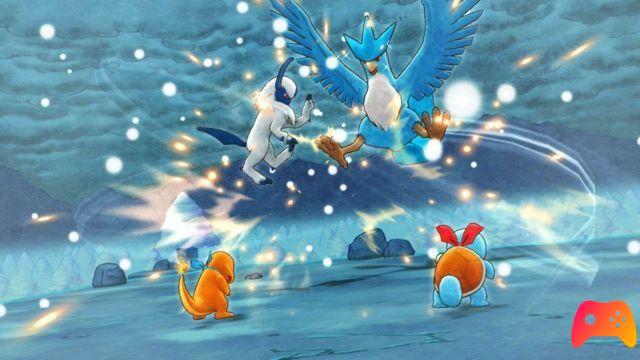 Il Frost Pokémon awaits in the Ice Forest, 13-story dungeon. In order for him to join the team he will have to be defeated again, but this time he will be stronger.


Articuno can count on both defensive moves, such as Reflex, and offensive, such as Bora, which affects all members of the team. Being the ice type of his very offensive, and with little resistance, you will have to rely on the types Fire, Steel and Rock that resist this type of attack. An electric Pokémon, in addition to being super effective, can also paralyze and therefore greatly limit the legendary.

Articuno will automatically join the team and if not previously obtained you will also be given the Base Camp, Legendary Island. The Pokédex says of Articuno that it is a "legendary bird, said to appear to terrify those who stray on glaciers."

How to get Zapdos 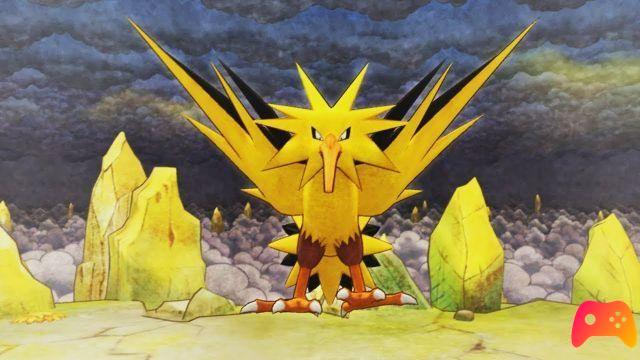 For the Electric Pokémon must return to Mount Thunder, 12-story dungeon. Zapdos is downright dangerous, as he has a way to defend himself against special attacks, Light Screen, and Rain Dance to power up Thunder even more. It doesn't even have many weaknesses - just Ice and Rock - and he cannot be paralyzed as he is partly Electro.

La ideal team certainly sees the presence of a Rock / Ground Pokémon, which has super effective attacks against the legendary bird and on which electricity has no effect. Zapdos must also be slowed down with health states such as sleep or petrifaction, bringing with you objects or Pokémon that know how to cure paralysis.


Zapdos will automatically join the team and if not obtained previously, Base Camp, Legendary Island will also be given to you. The Pokédex says of Zapdos that “he is able to control electricity at will. According to the legends, it makes its nest among black storm clouds ”.

How to get Moltres 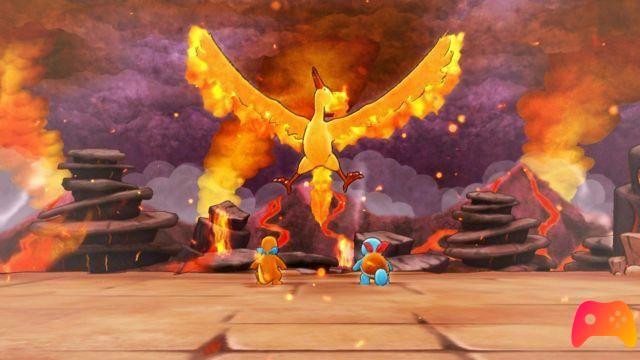 Il Flame Pokémon can always be found in Mount Vampa, 14-story dungeon. Among the various moves he uses, Forzantica has one ability to increase all stats of the Pokémon. Fortunately, his weaknesses to Rock, Electric, and Water types make him perhaps the easiest of the trio. Kyogre, for example, with its Rainfall ability, it guarantees constant rain, and a Water / Electric-type Lanturn can take advantage of the boost to Water moves and at the same time paralyze and hit Moltres with Electric-type attacks. A Rock / Ground-type Pokémon also resists all attacks that Moltres can make.


Moltres will automatically join the team and if not previously obtained you will also be given the Base Camp, Legendary Island. The Pokédex says of Moltres that it is a "legendary bird that seems to bring spring to the icy countries it passes through".

That was all there was to know about how to recruit Articuno, Zapdos, and Moltres in Pokémon Mystery Dungeon DX. This guide is part of our coverage of Pokémon Mystery Dungeon: Rescue Team DX for Nintendo Switch: for the review and other guides such as the one dedicated to Mewtwo and Mew just click on the name of the game, and as always we hope that it has been useful to you. and that the game has fewer and fewer secrets for you.

How to get the Black Hood costume in Assassin's Creed Origins

How to farm Legendary Shards in Destiny 2

The Division 2 - How to get the Plague LMG