Where can I buy Rust for PC or PS4? Where do they sell it and what is the price?

Rust is a video game created by Facepunch Studios and is available for PC. Although users were able to learn the details of Rust in 2013, the official launch of this video game took place on February 8, 2018.

Since then, the number of followers has increased significantly and especially since the emergence of the server Egoland. From there, some well-known streamers, influencers, and youtubers got involved with other characters to create alliances and interact.

How to play "Rust"

Rust is a survival game; hence, the player must preserve his life. During the game, the character faces various adversities such as tiredness, hunger, cold or thirst. Rust's environment allows players to build houses and weapons. In addition, you can make clothes and improve the structure of a shelter. 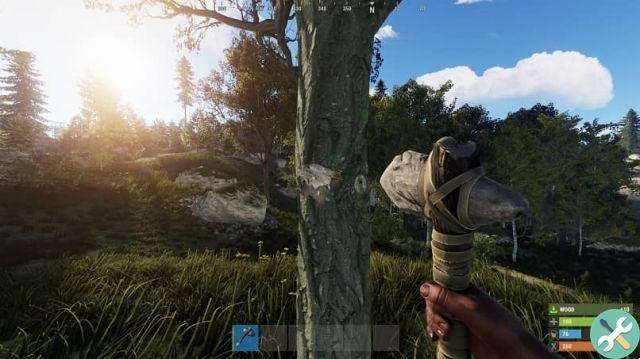 You can access the Multiplayer to create alliances, establish communications or plan a revenge. The collective version (multiplayer) is much more recommended than the independent version because it is more fun and the adventure can be shared despite the complexity of the game.

How to buy Rust for PC or PS4? What is your price?

Where to buy Rust for PC

The Rust video game for PC is available on the Steam website. Once you log into this platform, you need to locate the purchase link offered by the Steam company. There, you can select the package you want to buy based on your possibilities and preferences.

So far, Steam only offers the Rust video game for and Windows and Mac OS operating systems. You can also install games using Steam Play on Linux. However, Facepunch Studio (the developer of Rust) did not offer an official option to allow the download of the video game for Ps4. 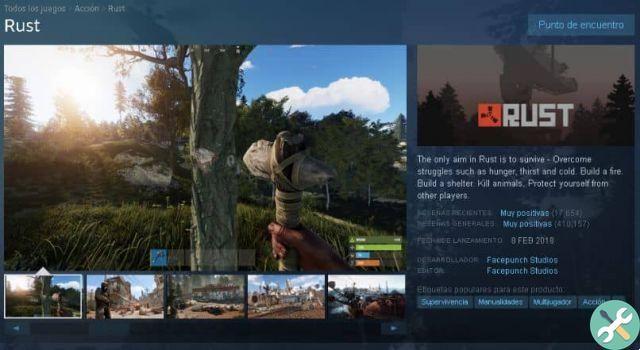 Where they sell the Rust video game

Rust is available in the online version for PC provided by Steam platform. Users must make a virtual payment with which they can access the download package and other components that are included in a separate package such as musical instruments or instruments for the summer season.

What is the price of the Rust video game?

The Steam platform presents three purchase options for the Rust video game from his online store. The first option corresponds to the purchase of the base game which has a price of 33,99 euros. The second alternative refers to a package that includes ten musical instruments and has a price of 8,19 euros. While the last option offers fifteen elements to cope with the summer season and costs 8,19 euros.


When will Rust be released for PS4?

Currently, users are eagerly awaiting the arrival of the Rust edition for consoles from Sony. The official launch of Rust was delayed due to some inconvenience due to the COVID-19 pandemic which pushed the work of the developers remotely.

The video game should be available for PlayStation console in 2021 although the exact date of the official launch of Rust is unknown. If you want to take advantage of other components to play Rust while preparing its new version, you can choose to stream the video game from your PC to a Smart TV taking into account the requirements that the game requires.

Where can I buy Steam Deck and what is its price. ❯

add a comment from Where can I buy Rust for PC or PS4? Where do they sell it and what is the price?