Akiba's Trip Undead & Undressed is a title that, years ago, managed to cut its own slice of the public thanks to its very over the top style, full of fanservice and parody of the "otaku" culture that was very popular in the last decade. However, that game was not the first in the brand of the same name. Akiba's Trip Hellbound & Debriefed is in fact the original and “first” Akiba's Trip, which arrives for the first time in the West with a subspecies of remaster. We were able to preview the title in question and, unfortunately, it is not a product that we feel we can recommend, unless you loved the other chapter of Akibas' Trip. But let's find out why these opinions: let's dive into Akihabara to discover Akiba's Trip: Hellbound & Debriefed. 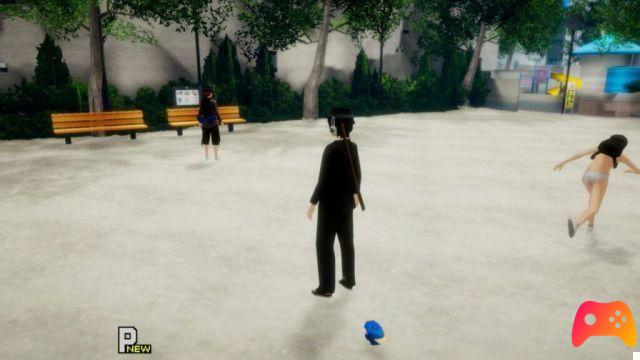 If we were to condense our experience with Akiba's Trip: Hellbound & Debriefed we could say that it was simply banal.. The game gives the impression of having come to us too late, both in terms of the video game itself and in terms of writing. If we were to make a comparison that only those who lived that era of "anime culture" in which Akiba's Trip was born can understand, we could say that it is similar to watching Lucky Star today. What a decade ago could have been irreverent, since it is original, today falls on itself unless the foundations on which it rests are extremely solid. And this is where our problem with Akiba's Trip lies, or rather with its writing: the narration revolves around a single gag, which is no longer so original as there was also Undead & Undressed. Not to mention that the plot doesn't do anything really clever with this basic idea.

The main gimmick of the title is that enemies are defeated by destroying their clothes. The game bases its entire identity on justifying this absurd premise but does not "play" it enough. Unlike a Moero Crystal H, which we have talked about in the past, it does not quite embrace its ridiculous and fanservice side and limits itself to churning out gags that are now trite in the Japanese "ecchi" genre, be it this manga, anime or video game . And in this lack of genius in the script, Akiba's Trip Hellbound & Debriefed collapses, since after all its foundations (hence the merits it can have as a pure video game) are very fragile. 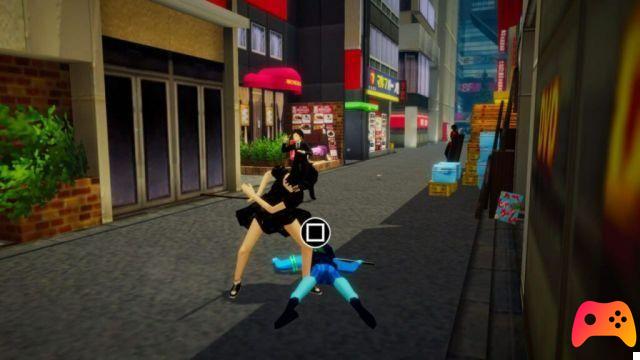 The aesthetic and graphic impact is quite terrible, we say it without turns of wordsAnd. We understand it's also due to its age and PSvita gameplay nature, but we can't ignore how low quality everything is seen in Akiba's Trip Hellbound & Debriefed. The character models seem stuck in a generation between ps1 and ps2, but covered as much as possible by bright colors to hide the poor realization. The textures of the environment, on the other hand, do not even try to create an illusion of pleasantness and are exposed in all their low definition everywhere. Throughout the adventure, very few locations will also be visited, so a greater commitment in their realization would have been appreciable.

Speaking of the gameplay, the game is divided into 3 sections: visual novel parts of storytelling, exploration sections and combat sections. The former are sufficiently done, the interaction is minimal but the dialogue choices are often very nice. However, they suffer from lack of creative writing and rarely offer anything memorable, although from time to time they have something to say. The latter are limited to talking to several NPCs to obtain the objects necessary to continue with the plot. Game design often gets very lazy and sends the player back and forth to artificially lengthen the playing time. We admit, however, that exploring has never been tedious to us, even though the maps are very bland. 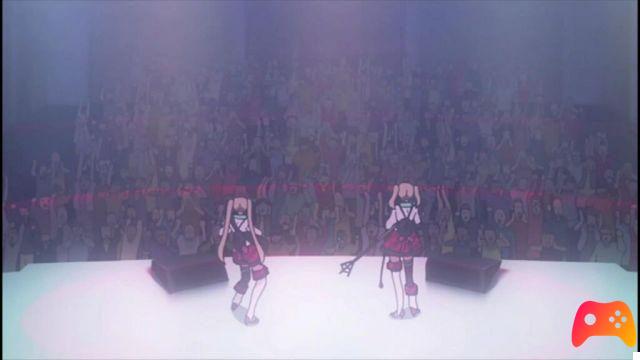 The combat system is probably what we liked the most about the title. It is not anything profound or particularly well done, but it amuses in its simplicity. When enemies meet, the camera moves to the side and the protagonist's movements change to remember the 3D fighting games of the past, in particular Virtua Fighter and Tekken. Unfortunately Akiba's Trip: Hellbound & Debriefed does not boast any of the advantages of the two brands just mentioned and the fighting is limited to a spam of the attack keys or waiting for enemy attacks to launch strong counterattacks. All in all though, fighting is fun and we enjoyed our time spent fighting Akihabara vampires. 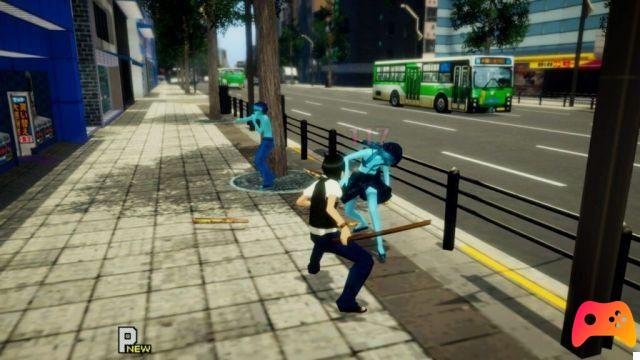 Akiba's Trip: Hellbound & Debriefed is a title that can be entertaining after all, but that we can only recommend to those who already appreciate Undead & Undressed a lot or those who have a lot of nostalgia for the "anime culture" of the last decade. The gags know too much already, the aesthetics are old-fashioned and banal and the game design very lazy. In short, as a video game the core of Akiba's Trip: Hellbound & Debriefed is not enough. However, it is fun enough in combat and still manages to pull a few smiles from time to time.

► Akiba's Trip: Hellbound & Debriefed - 10th Anniversary Edition is an Action-RPG game developed by Acquire and published by Marvelous USA for PlayStation 4, Nintendo Switch and PC, the video game was released on 20/07/2021