Asus ROG has recently announced the availability, on the market, of the new Zephyrus M16.

Immersive 16 "display and ultra-thin 15" chassis: these are just some of the features of theASUS ROG Zephyrus M16, the new signed gaming laptop ASUS ROG and recently available on the market.

To allow the newcomer signed by the company to be an excellent support even for the most demanding players will be its characteristics. The Zephyrus M16 in fact, first of all, it will be able to count on an aerodynamic design, based on a thin chassis and 5% smaller than the previous model, combined with frames thin enough to guarantee a 94% screen-to-body ratio. 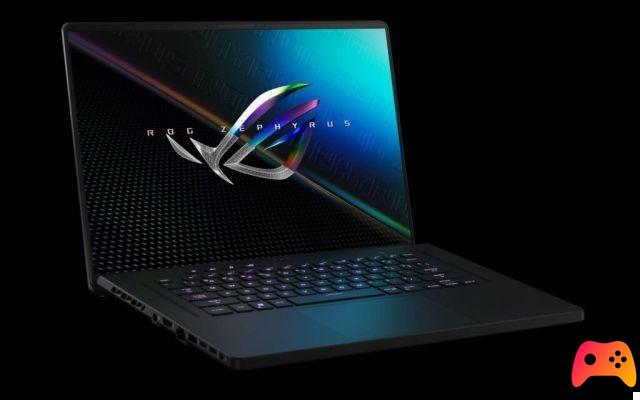 One of the strengths of the latest model is precisely the display by 16 ", equipped with a refresh rate of 165Hz and a WQHD resolution, with a response time of 3ms and elimination of delays or vision disturbances guaranteed by Adaptive-Sync technology.

ASUS ROG Zephyrus M16 will be able to offer exceptional performance, thanks to the presence of the Core i9-11900H processor. The latter is in fact equipped with eight cores and sixteen threads, a combination that allows it to reach up to 4,9 GHz and guarantees perfect conditions for streaming games, rendering videos and creative projects.

Huge help in this regard is also offered by the graphics card Nvidia Geforce RTX 3070, combined with a cooling system designed specifically to allow her to push even more with the ROG Boost system. Additional power is provided by the Dynamic Boost function.

Are you afraid of the combination of performance and high temperatures? With the new ASUS ROG Zephyrus M16 you will have nothing to fear, as the newcomer will be able to count on a complete suite of ROG Intelligent Cooling cooling technologies and on a chassis with liquid metal thermal compound capable of reducing the temperatures of the CU by up to 10 ° C compared to traditional thermal paste .

Equally valid will be the audio system, consisting of a group of six speakers with a pair of woofers, all equipped with force-canceling technology, Dolby Atmos and Two-Way AI Noise Cancelation. 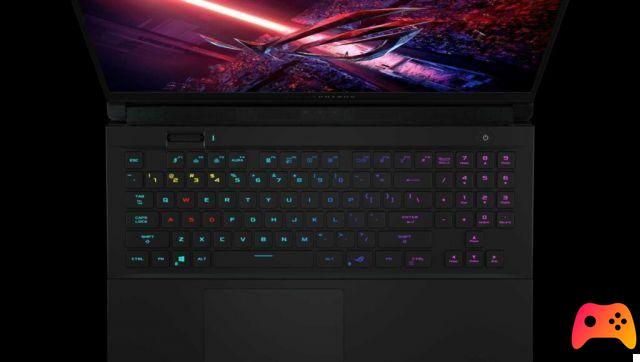 All the features previously described will finally be included in a structure synonymous with portability: ASUS ROG Zephyrus M16 it is in fact characterized by a thickness of only 19,9 mm for 1,9 kg of weight, a 90Wh battery capable of offering up to 10 hours of activity and charger with Type-C cable.

The newcomer signed by Republic of Gamers (ROG) is currently available at Amazon and the official e-shop channel ASUS, at the recommended retail price of 1799 €.