In recent years, the JRPG genre has experienced a whole new life. Thanks to titles like Persona 5, the latest chapters of the Yakuza series and Dragon Quest XI, the genre is more alive than ever. Among the games to be mentioned, of course, Bravely Default II cannot be excluded. Today, we continue the boss guide of this title with Glenn. 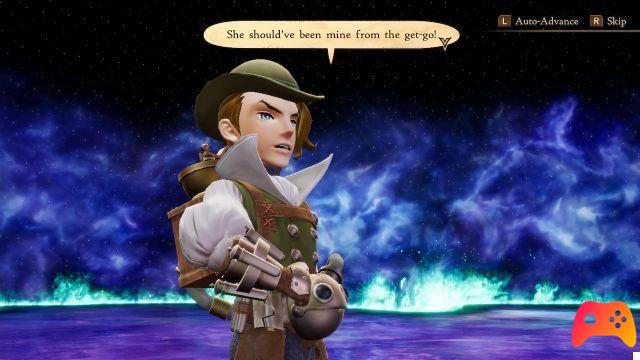 First, it must be said that Glenn is an absolutely optional boss. However, you will need to defeat him if you want to get the Alchemist's Asterisk.

The recommended level is 40+. To have an easier fight, you just need to know that Glenn is vulnerable to attacks from dagger, spear, and lightning. At the same time, it is very resistant to attacks based on water, air and darkness.

Try to stay on the defensive by accumulating Brave points, in order to then launch multiple consecutive attacks by exploiting its vulnerabilities.

This was our guide on how to defeat Glenn in Bravely Default II.

Here are some tips for Super Smash Bros. Ultimate

Add a comment from Bravely Default II - How to defeat Glenn