FIFA 22: how to get Verratti Rulebreaker

FIFA 22 continues to get rich, this time we are not talking about updates but about news within the mode Ultimate Team. EA Sports has indeed added a new group of SBC, this time to take the card of Marco Verratti in version Rulebreaker. To get this reward you will need to complete four Squad Creation Challenges, each of them with obviously prizes attached to it. 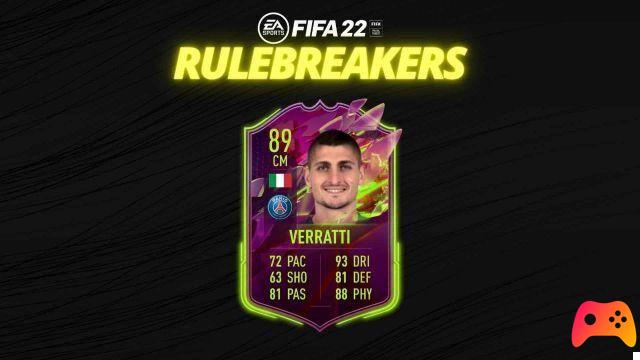 The possibility of receiving Marco Verratti's Rulebreaker card once the SBCs have been completed will exist until 10th November. Here are the Challenges to complete, what are the requirements and rewards:

FIFA 22, Cristiano is the POTM of the Premier League! ❯

Add a comment from FIFA 22: how to get Verratti Rulebreaker