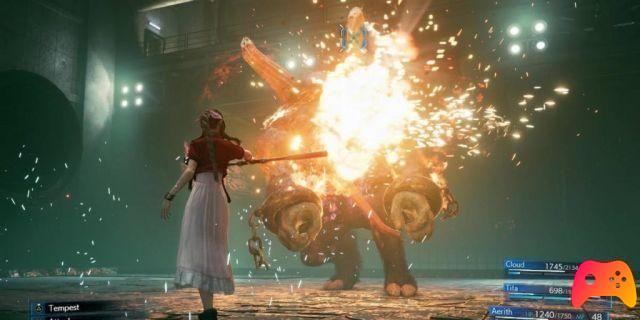 It allows you to cast healing spells of increasing intensity according to its level.

Getting it is extremely simple and it will also be easy to find more than one:

Allows you to use different healing spells based on level.

It can be purchased in vending machines starting from Chapter 5, or come on shops in Sector 7 for 300 Gil after completing the Rats Problem quest.

Allows you to use spells to revive a KO'd party member in battle.

It can be found during Chapter 4 simply following the main quest (after a fight you will come across following Jesse); then you can purchase this Materia also in several Final Fantasy VII stores.

Allows you to cast a fire-type spell, of increasing intensity according to the level, against the enemy.

Also in this case it is a matter more than simple to obtain:

Allows you to cast an ice-type spell, of increasing intensity according to the level, against the enemy.

It can be easily recovered in several ways:

Allows you to cast an electric type spell, of increasing intensity according to the level, against the enemy.

It can be found in several ways:

It allows you to cast a wind-type spell, of increasing intensity according to the level, against the enemy and also pulls the enemies towards you.

Could be purchased by Chadley only after having found the booklet for research dossier number 2, the first purchase will be available with a substantial discount while for the following you will have to spend 2000 Gil.

Allows you to use different poisonous spells that can inflict negative damage and status on the enemy.

In Final Fantasy VII Remake you can find this Materia in various ways:

Allows you to use defensive magic that can increase resistance to different types of damage taken.

It can be obtained by simply proceeding through the main quest as it will be given to Cloud by Jesse during Chapter 4. Also it can be found in a driveway on the west side of the Wall Market, in Sector 6.

Allows you to use a spell capable of inflicting sleep status (and not just for subsequent levels).

This Matter can be found in slums of Sector 6, near the second puzzle with the robotic arm.

Allows you to cast subversive spells that remove much of the defensive status of enemies; it also allows you to resist the Instant Death effect when equipped on armor.

To find it you will have to reach the Chapter 11 and you will receive it as a drop from a boss.

Allows the use of different spells that can speed up time or slow it down.

It will be given to you as a reward for completing the Missing Child side quest in Chapter 14. Also you can find it as loot in the Chapter 17 warehouse. 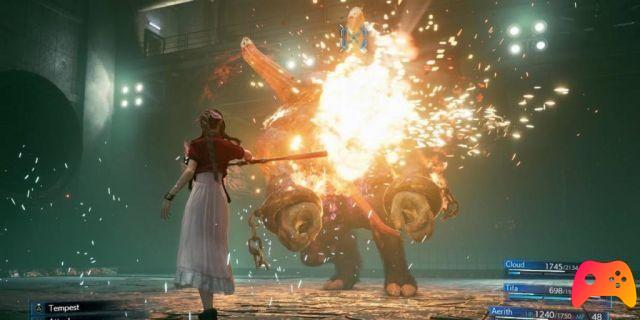 If you are interested in learning more about Matter, be sure to consult our Guide to Blue, Red, Yellow and Purple Matters.