How to get the Horadric armor set in Diablo Immortal 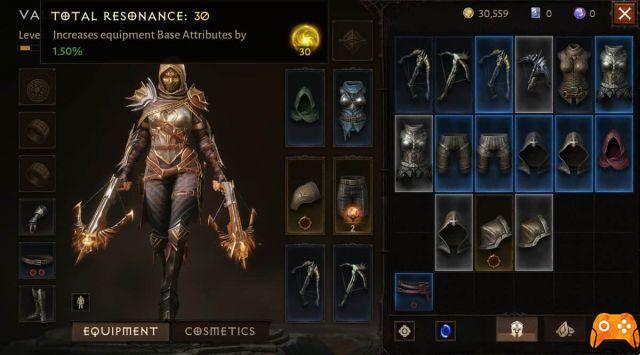 Having a hard time claiming your absolutely free Horadric armor set due to the complicated steps? Well, worry no more. In this guide, we will review the Horadric armor set and share the exact requirements that must be met to acquire it. So, without further ado, let's get started!

How to get the Horadric armor set in Diablo Immortal

The Horadrim group has been part of various episodes of Diablo Immortal and one of the best known members of this clan is Deckard Cain. They are pretty tough at what they do and own some of the most incredible armor with a fascinating exterior aesthetic in the world of Diablo.

This time, when 30 million players are pre-registered for the game, Blizzard has announced that it will be offering a little surprise to the DI community by adding Horadric Legacy Armor to the game for free.

Before jumping to how to get this Horadric cosmetic set, players should remember a few things in advance. First, the Horadric armor set will only be available for the span of 30 days after the game's release.

Please note that this unique cosmetic can only be unlocked for one character on your account, so fully make sure who you want to redeem.

Now that we know a few things that need to be remembered in advance, let's move on to how you can claim the set once it's unlocked.

After completing the tutorial, start doing some small missions around the world to progress a bit in the game to be able to equip the armor set.


When your level is a bit high, open the menu. Go to the “Events” section and click on Horadric Cosmetic to get your reward. But wait, it's not done yet. After claiming, you'll need to equip it too.

To do this, exit the "Events" section of the menu and click on the "Letter" symbol at the top right of the screen. Your mail menu will appear in front of you which you will use to click on “Pre-Registration Reward: Free Horadric Legacy Cosmetic”. Click collect and that's it, or maybe not?

Yes, this goes further into a final step. We promise this is the last step in acquiring The Horadric Set. Now simply go to the "Inventory" menu and look for the "Cosmetics" option. Click on it and equip the set to give your character a makeover!

How to get the Aspirant's Keys in Diablo Immortal ❯