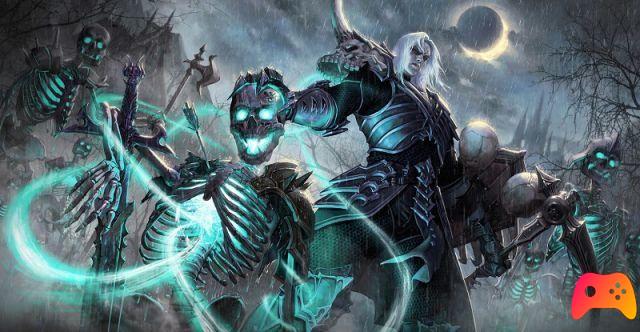 Five years have passed since the release of Diablo III. The first period of the game was much discussed, due to a general disappointment from all the fans from the previous two chapters, who definitely expected something more, in addition to the moral problem - and not only - due to the auctions of objects with money real. Blizzard still listened to its players, giving a Diablo III continuous support with various updates and improvements of all sorts starting with Adventures, removing auctions, inserting additional difficulty levels and Seasons to face to obtain powerful exclusive legendary items. The Reaper of Souls expansion, released in March 2014, brought with it the fifth act of the story and a new playable class, the Crusader. At that point Diablo III became quite popular on consoles as well, for which a very well thought-out port called Ultimate Evil Edition was developed, comprising both the base game and the expansion. Blizzard's support hasn't stopped, and here comes a new paid content called The Rise of the Necromancer, which brings arguably the most beloved class of Diablo II to our screens. 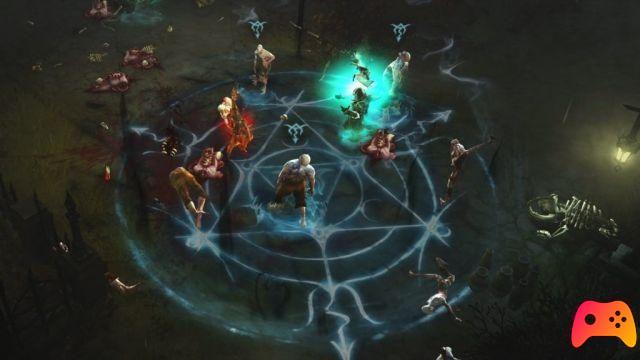 A character and nothing more

For the price at which this package is sold it would be reasonable to expect a small expansion also concerning modes or parts of the story, however it would be better not to have too many illusions: The Rise of the Necromancer adds to Diablo III just the new class. It must be said that this could also be considered sufficient by most fans, also thanks to the goodness of the work carried out and the splendid possibilities offered by the Priest of Rathma, the one who regulates life and death as he pleases.

Like all other characters in Diablo III, the necromancer counts among his abilities several categories, divided into Passives, Corpse Spells, Reanimation Spells, Curses and Blood and Bone Spells. Depending on the build we decide to use, the Necromancer will completely change the style of play, going from leaving the battle totally to his minions to strenuously fighting in first person using the corpses of enemies to continuously recover health. 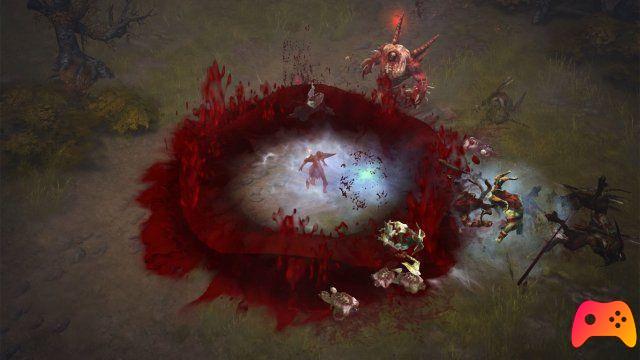 What we have been able to notice since the beginning of our test is that the Necromancer is an incredibly versatile character, with all the skills in place to be tank, dps, or rear as the case may be. The various runes that will customize each skill will give us not only the opportunity to choose whether to use attacks devoted to a certain element, but also to completely overturn the functioning and purpose of these. For example, the explosion of corpses, notoriously an ability to do area damage around the remains of defeated enemies, can instead be modified to have the corpses be consumed by the necromancer to restore some of the lost life.

Of course, it is possible to use the skills in a mixed way, setting on the quick buttons those that seem more powerful at first glance. However, how Diablo III teaches us since its inception, the only way to fully exploit the potential of one of the characters is to choose a certain skill and build everything around it. Corpse Spells will exploit, as the name implies, the carcasses of dead enemies to achieve some very interesting effects, including area damage with an explosion, the summoning of bone spears, the possibility of recharging one's life or 'Essence (which would be the Necromancer's Mana), or even the ability to bring opponents back to life and have them fight on their side for a limited time. The Reanimation category will put us in command of an army of skeletons, of a golem (both of these skills no longer need corpses, as in Diablo II, but will appear out of nowhere when needed), of an undead army temporary that will attack a specific point of the map, and finally will make us for a few seconds able to freely use any ability related to the category of Corpses without needing any carcass on the ground.

Curses have among their ranks a spell that slows enemies in an area and lowers their damage, one that allows you to heal when you hit opponents, and finally one that immediately kills enemies as soon as they reach a certain threshold. of vital energy. Finally we have the Blood and Bone Spells, such as the Bone Armor that deals damage while increasing our resistance to damage, the Bone Spirit that searches the enemies for the map by dealing damage on contact, the Flux of Blood, necessary to disappear and reappear elsewhere in the area, and the Simulacrum that temporarily replicates our secondary abilities (which are the Bone Spear to deal damage in a straight line, the Skeletal Mage who attacks enemies for a few seconds , and the Mortal Nova that damages all enemies around us). If we combine these powerful abilities with all the possibilities offered by Passive abilities, it is easy to understand why the Necromancer has what it takes to be one of the most powerful and versatile characters in the entire game. 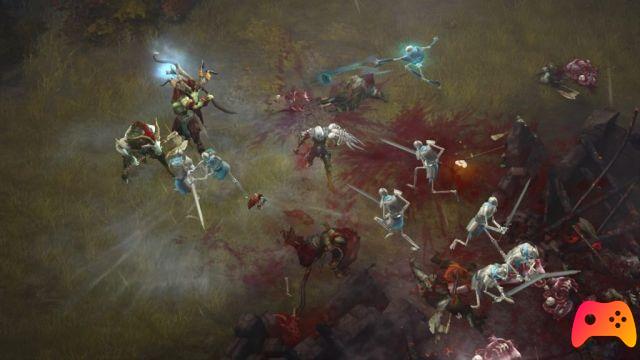 Our test with the Necromancer was very positive. Between life regeneration, massive damage, poison and our beloved undead army returning to keep us company, the new Diablo III character is extremely versatile and powerful in the early game, only to stabilize in the post-game. The purchase of the DLC will put us in command of this fantastic hero, but in addition to that it will allow us to access two new character slots, two cards of the chest, wings, a banner, a frame, and finally a mascot. Nothing extremely affordable considering the price, but both Diablo III fans and those who loved the Necromancer in the second chapter can't really let it go.

add a comment of Diablo III: Rise of the Necromancer - Review