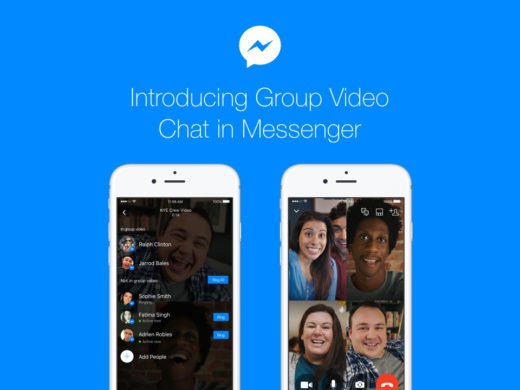 
However, the 50 attendees can listen and respond using text, stickers, emojis, and GIFs. You can join an existing group conversation or create a new one. Then tap the video icon at the top right of the screen to enter the video chat and everyone in the group will be notified.

Everyone else in the group will be notified when they join the video chat. Along with the video chat group, Messenger has also launched many new filters and lots of novelties. Facebook acquired the MSQRD video filter earlier this year and is using the same technology for Messenger as well.

How to make video calls with Facebook Messenger ❯