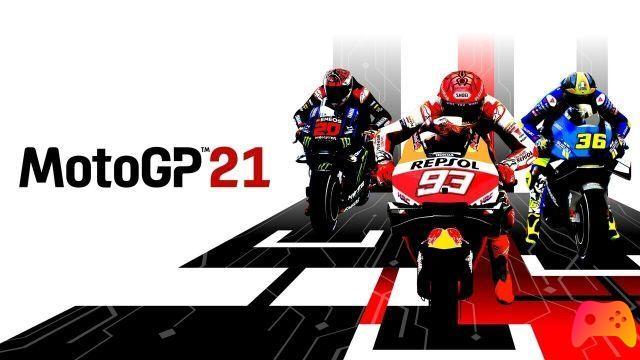 Review for MotoGP 21. Game for PC, PlayStation 4, Xbox One, Nintendo Switch, PlayStation 5 and Xbox Series X, the video game was released on 22/04/2021

MotoGP 21 is on the starting grid, ready to surprise us again this year. The Milestone masterpiece has definitely cut ties with everything arcade, bringing us a product that is anything but casual oriented. We had already introduced this concept in the preview, but after testing the full game, the impression is that the overall difficulty level of the video game has risen further. 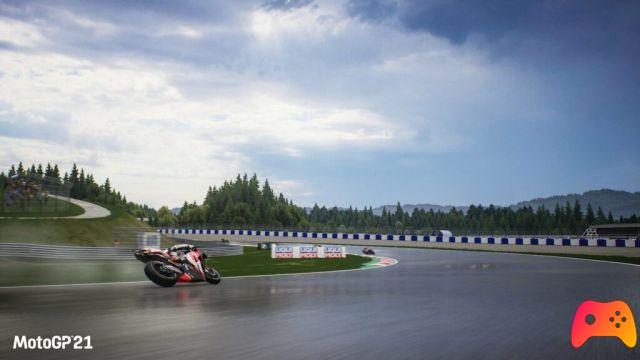 From young promise to MotoGP Legend

Career mode is, as always, the core of MotoGP. If you are a fan of the series, the change from last year will be almost painless, but if you come from the chapters of a few years ago, the feeling of disorientation is perfectly normal. In fact, it will no longer be enough to simply choose a motorcycle or accept the best possible contract, but it will also be necessary to take care of all the surrounding aspects. Once you have removed the helmet, you will have to follow and direct the development of the bike, appoint a manager, follow all the bureaucracy that involves being a professional rider. MotoGP 21, in this, follows the path of the Formula 1 titles: a managerial inserted within a difficult simulation that will put you in trouble in all possible ways.

You're fast boy… but that's not enough!

The MotoGP 21 gameplay is extremely punitive with those who think only of giving gas and driving recklessly. As in real races, in fact, the management of the bike is a fundamental component to be able to win races. From this year, the management of the brakes greatly complicates the race tactics: you must be very careful not to overheat them, because otherwise you will come badly at the first violent braking. shoot yourself in an escape route with damaged bike and zero dreams of glory. The only way to "dominate" the track is to think exactly like a racing driver: there are times in which to push, others in which you have to think about tire management and amount of petrol. Look, it's not a joke, because the game doesn't give you anything. Just push too hard for one turn too many and you won't finish the race, so always pay attention to the fuel gauge and how much power you are asking for your engine. 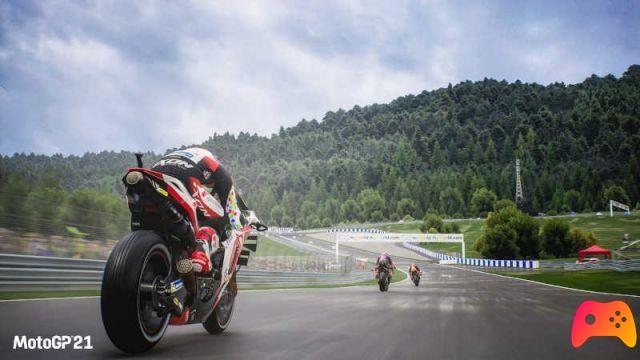 The same goes for tires: management, management, management. The only time you can allow yourself to "overdo it" is the qualifying lap or in the "Time Trial" mode. When you are in the race, you have to think and win with your head, before with the right wrist. The AI ​​is well done and, in the race, it will always try to put a spoke in the wheels or pick you up in no time if you relax too much. You can work on any parameter of the bike, starting from the chassis and ending up also choosing the size of the brake discs. This goes, of course, in combo with the development tree of the bike itself. Each bike has its own peculiarity: the Ducati it has an engine that to define "demonic" is an understatement, but it remains unwieldy compared to one Suzuki or one Yamaha . As much as you develop it, a Yamaha will never be as powerful as a Ducati, and for this reason you will necessarily have to overcome the problem by turning around with driving style and with the tuning.

A dutiful chapter of a next-gen review, the integration with the amazing Sony controller. This is perhaps the biggest difference from last year's game released on PS4, because allows total control and unthinkable with the previous generation joypad. The analogs allow you to feel the weight of the bike that goes down in the fold and, the adaptive triggers, they allow you to "support" the gas with a precision very close to that of reality. In general, the immersion and feedback of the next gen are something unimaginable compared to the past 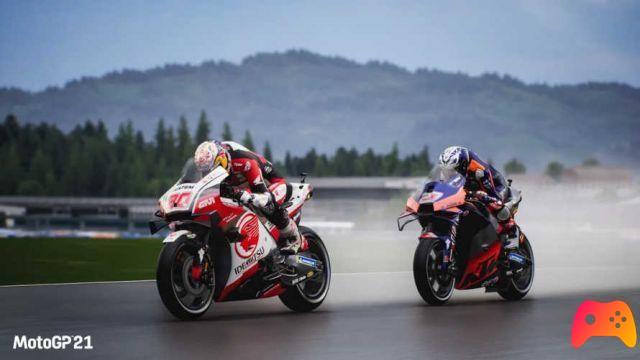 
The models of the bikes and circuits are particularly cared for, you can see the attention also and above all to the details: The brake calipers, the details of the rims and liveries, passing through the furniture inside the box. Nothing is left to chance, we see overwhelmingly the change of pace of the next-gen. Audio is a joy to the ears: each bike has its own distinctive sound, not to mention the old two-stroke 500s. Feel the "screamer" of the Honda NSR 500 by Valentino Rossi or the roar of the Cagiva C591 by Eddie Lawson it is an indescribable feeling for a true enthusiast. The customization options for the motorbike, rider, helmets and suit are truly beautiful. 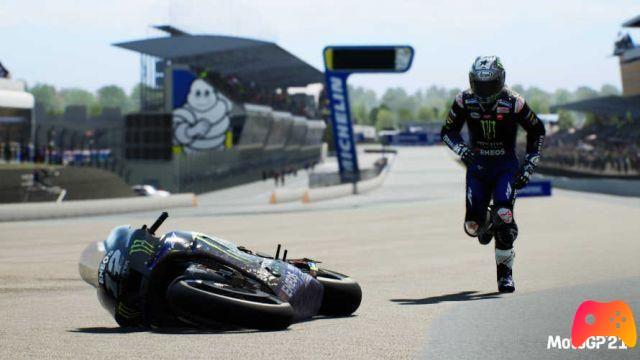 MotoGP 21 is an esports-oriented title, so we expect servers and online match management of the highest order. Extensive testing was not possible at the time of writing, but we are confident that any issues will be resolved promptly. The modes should remain very similar to last year's, so don't worry!

MotoGP 21 is a game that represents Milestone's dedication and continuous years of refinement. If you are looking for an arcade about motorcycling, forget it because you have knocked on the wrong door. Although there are no major flaws, there are still some imperfections in the penalties for incorrect driving and other minutiae which, however, do not tarnish an excellent result from every point of view. Lovers of motorcycling and driving simulations, absolutely must not miss it!

Do you want to be an expert and know all the tricks, guides and secrets for your video games? Epictrick.com is a group of video game enthusiasts that want to share the best tricks, secrets, guides and tips. We offer the best content to be a source of useful information, so here you can find guides, tricks, secrets and tips so you can enjoy your games to the fullest. Are you ready to get all the achievements of that game that you resist so much? Enter and enjoy your favorite video game to the fullest!
NACON Pro Compact - Review ❯

The Legend of Zelda: Breath of the Wild - Review