NBA 2K22: new images and ratings of some athletes

The wait for NBA 2K22 is a lot and to the delight of the many fans the title returns to show itself and to talk about itself thanks to various images of some players and the publication of the rating of a group of them. Through the images in question we can see how the engine of the 2K and Visual Concepts title is always able to surprise from year to year, with a rendering of details increasingly close to photorealism. 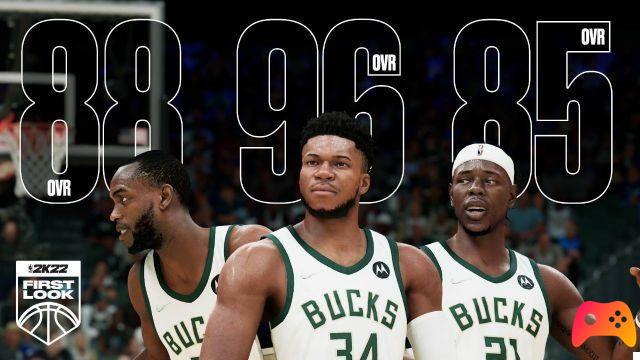 The ratings made public of some of the most important players in NBA 2K22 also allow you to get a little idea of ​​the rating given to these athletes. Let's take a look at what they are and how they were rated: Luka Doncic (94), Kevin Durant (96), Steph Curry (96), Giannis Antetokounmpo (96), Khris Middleton (88), Jrue Holiday (85) and Nikola Jokic (95). Other players' ratings will be published later, so stay tuned to our pages for further updates. It was also made known that celebrating 25 years of the WNBA, 2K will also introduce the ratings of players such as Candace Parker (93) and the top 4 WNBA players: Breanna Stewart (95), A'ja Wilson (94), Jonquel Jones (94) and Brittney Griner (93).

Recall that NBA 2K22 will be released next September 10th on PlayStation 4, PlayStation 5, Xbox One, Xbox Series X / S, Nintendo Switch and PC. Have you already preordered it? Will you buy it? Let's talk about it together, as always, in the comments!

WB Games will not be sold, AT&T confirms

Add a comment from NBA 2K22: new images and ratings of some athletes