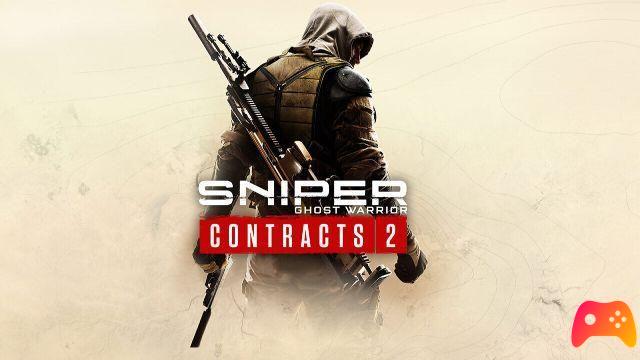 Review for Sniper ghost warrior contracts 2. Game for PC, PlayStation 4 and Xbox One, the video game was released on 04/06/2021

CI Games us Sniper ghost warrior contracts 2 aims to expand its franchise with a chapter that wants to essentially resume the good things done with the previous episode and at the same time file all those problems encountered by critics and gamers from the production. Controller in hand with the new production of CI Games the first thing that catches the eye is the excellent step forward of the technical sector, compared to the predecessor, Sniper Ghost Warrior Contracts 2 flexes its muscles leaving behind the numerous technical problems that plagued the first chapter.

Will the Polish developer have succeeded in the arduous task of proposing a solid and rewarding title? Find out with our review!

In this new episode as the lethal sniper Raven, we find ourselves in the heart of a region of the Middle East with the aim of putting an end to the criminal organization on duty and during this mission Raven will have to neutralize a series of criminals and perform seemingly impossible missions. On the narrative side, the new episode of CI Games is not particularly ambitious, but it succeeds in the task of creating a pretext to exploit the lethal abilities of Raven.


The game campaign is divided into five distinct macro regions and each area is accessible only after completing the basic contracts present. Although on the narrative side CI Games has only done the homework, the Polish team makes gameplay the beating heart of the production: within the five regions, the production of CI Games offers a really high freedom of approach. Although the structure is only marginally open world, the freedom of approach that each single contract offers to the player is really wide, guaranteeing high replayability also thanks to the presence of numerous extra challenges. 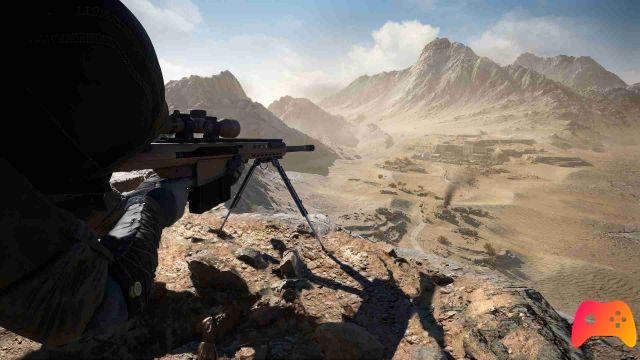 From many points of view, the work of CI Games recalls that of IO Interactive Hitman 3 (Here our review): the game structure is designed to guarantee high replayability and offer numerous strategies to complete contracts, thanks to alternative routes, shortcuts, overhead points or scenario elements that can be triggered with a single shot. After completing the prologue that serves as a tutorial, the player finds himself in front of a game map divided into five regions; each region offers contracts that require the player to eliminate a target of the criminal organization, in addition to the traditional assignment there are side missions that require Raven to disable antennas or hack data stations.


In each region of the map there are special documents that act as collectibles and the development team has well thought of inserting a series of extra challenges, which require the player to perform different actions such as killing a certain target in a specific way or entering and exiting an outpost without being spotted. The presence of these extra challenges guarantee a high replayability rate, thanks to the numerous variables that the production of CI Games offers to the player. 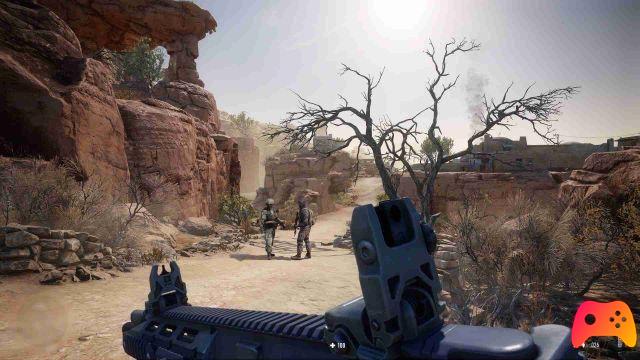 During our sessions, the game structure of Sniper Ghost Warrior Contracts 2 has shown itself to be quite solid both in the stealthy moments but above all in the aggressive ones, where we decided to attack the opponent with a direct approach. The response of the Artificial Intelligence was satisfactory, showing itself reactive even if there were rare moments of uncertainty. The leap forward of the AI ​​compared to the previous chapter is evident and thanks to the possibility to choose between five difficulty levels it is possible to live a personalized gaming experience.


If at the shooter difficulty level the enemies are less aggressive but intelligent at the right point because they are able to flush out the player if camouflaged in a playing area, by increasing the level of difficulty the opponents improve their tactics making them lethal and even more aggressive. Despite the numerous steps forward, small uncertainties remain: enemies able to hit us from sidereal distances with the machine gun or in a couple of occasions where the enemy after discovering us camouflaged remains motionless without reacting. The impact of these occasional uncertainties does not penalize our experience because overall the AI ​​has improved a lot making our gaming experience enjoyable. 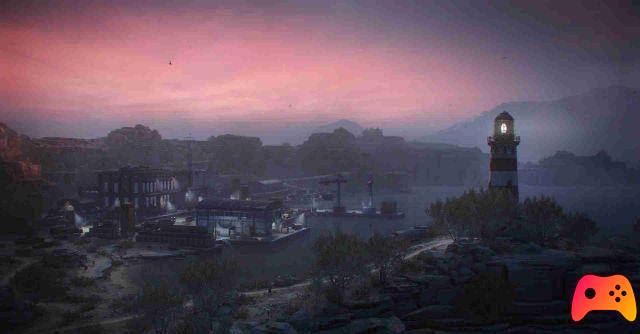 The game variety in Sniper Ghost Warrior Contracts 2 is certainly not lacking. Each region offers a distinct game environment and for each contract available to us as mentioned above it offers a truly remarkable variety of approach. The first region after completing it in about 40 minutes with a head down approach, we decided to stealthily replay it and kill the three designated targets in different ways, the result was really rewarding. During our first playthrough we decided to kill the three criminals with a single shot, during our second visit we eliminated the targets with scenario elements. The bonus challenges related to each kill are very large and allow the player to replay the same region or single contract in numerous other ways. 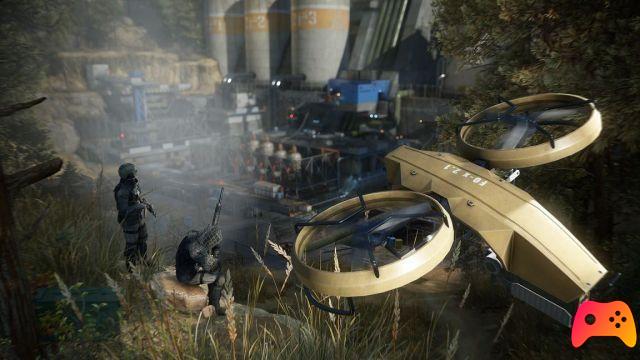 The technical sector as mentioned in the opening of our review is truly surprising. The Polish software house after an unripe first chapter on the technical side was able to familiarize itself with CryEngine packaging a really well-made product. The game environments are made in a maniacal way highlighting a truly remarkable optimization. Excellent is the lighting system, the textures and the frame rate anchored to 60 FPS. Even at the change of location in the subsequent regions compared to the first, of a desert nature, the title has never shown graphic uncertainties or frame drops. If we want to find a mole, we can look for it in the explosions: convincing but qualitatively slightly subdued. Even some animations of Raven with jumps that are often unrealistic due to too much fluctuation have made us turn up our noses.

On the other hand, the sound sector is good, the dialogue lines are supported by an excellent dubbing in English and by an excellent textual translation in Spanish; excellent sampling of sound effects and background ambient music. We got to test the production of CI Games on both PlayStation 4 Pro that of PlayStation 5, if graphically the title does not show uncertainties on both consoles, the uploads are slightly better on the PlayStation 5 even if only slightly. 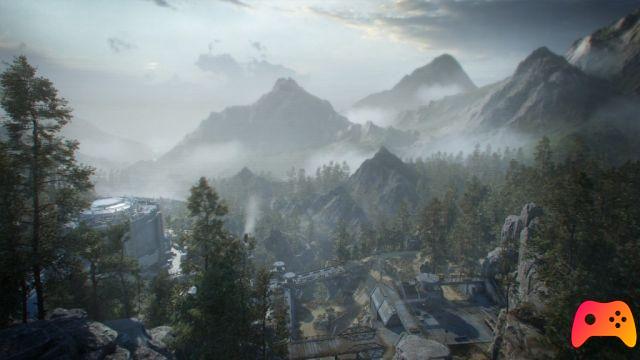 ► Sniper Ghost Warrior Contracts 2 is a Shooter-Tactical type game developed and published by CI Games for PC, PlayStation 4 and Xbox One, the video game was released on 04/06/2021

Do you want to be an expert and know all the tricks, guides and secrets for your video games? Epictrick.com is a group of video game enthusiasts that want to share the best tricks, secrets, guides and tips. We offer the best content to be a source of useful information, so here you can find guides, tricks, secrets and tips so you can enjoy your games to the fullest. Are you ready to get all the achievements of that game that you resist so much? Enter and enjoy your favorite video game to the fullest!
Sonic Collection coming? ❯