Sonic: new projects on the way 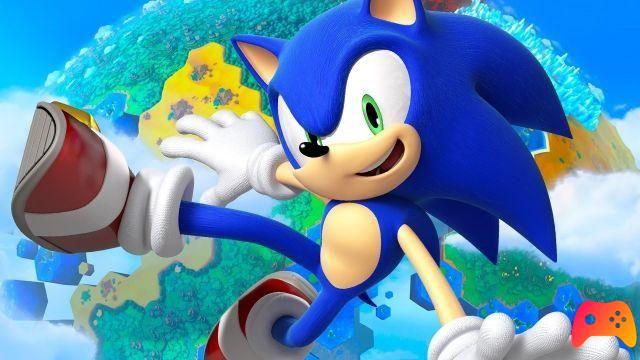 The SEGA mascot is back at full speed for a thirtieth anniversary in style.

Sonic is back. the blue hedgehog, who hadn't appeared on our screens for a year with Mario & Sonic at the Tokyo 2020 Olympic Games, will soon be the protagonist of some announcements by Sega. Through the official Twitter account of Sonic the Hedgehog, it was in fact stated that on May 27th there will be an event for the 30th anniversary of the brand and that during this new projects and new partnerships will be shown. 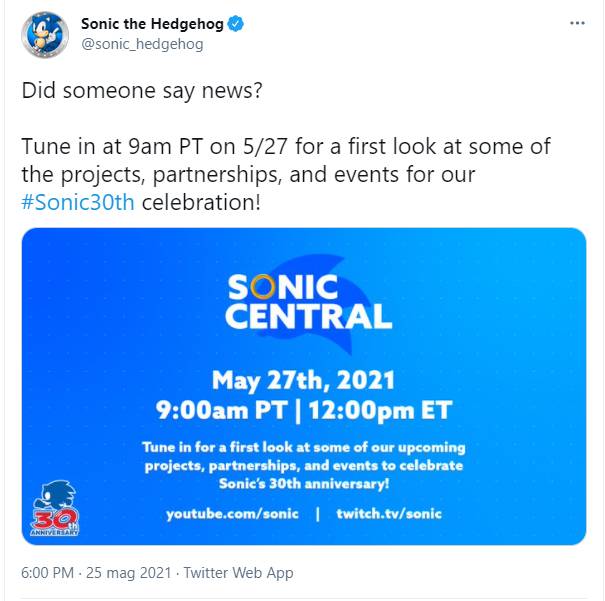 It is not yet clear what exactly will be announced, however, some rumors speak of a possible sequel or a re-release on Nintendo Switch of Sonic Colors, as the game is currently only available for Wii, others from a new collection. The only certainty is that the wait will not last long: the live event for the celebration of the thirtieth anniversary it was in fact scheduled for May 27, at 18pm according to the Spanish timetable.


The direct can be followed live on Twitch and Youtube channels dedicated to the blue hedgehog, in the meantime, keep following us for any new updates.

Do you want to be an expert and know all the tricks, guides and secrets for your video games? Epictrick.com is a group of video game enthusiasts that want to share the best tricks, secrets, guides and tips. We offer the best content to be a source of useful information, so here you can find guides, tricks, secrets and tips so you can enjoy your games to the fullest. Are you ready to get all the achievements of that game that you resist so much? Enter and enjoy your favorite video game to the fullest!
Sony faces a lawsuit over PSN sales exclusivity ❯

2021, there are numerous videogame anniversaries

Blind of Fate: Edo no Yami has a new trailer

Add a comment from Sonic: new projects on the way