This is necessary to sound the impact of Genshin: compatible requirements and mobile devices

Genshin Impact, China's ARPG just arrived on the market, recorded over 17 million mobile downloads in just four days. According to an analysis by App Annie, we're talking about a game that has earned over $ 50 million in revenue since its launch on September 28th. Do you want to try it on your mobile? So check it out everything you need to play Genshin Impact: requirements and compatible mobiles.

This open world action role-playing game developed by Mihoyo has become popular all over the world. It is a title that you can play both alone and with your friends. Although it is free to download, it has many microtransactions which have given it a significant financial advantage.

What are the requirements to play Genshin Impact on Android? 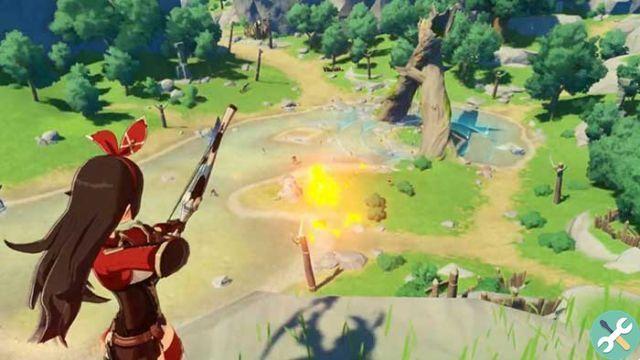 Genshin Impact is compatible with several Android mobiles, but there are some devices on which you will not be able to play this interesting game. Take a look at the Genshin Impact minimum requirements for Android and find out if your mobile is compatible:

Although this is the minimum for gaming, the recommended requirements to enjoy Genshin Impact on Android are a Qualcomm 845, Kirin 810 or higher processor, 4 GB of RAM, Android 8.1 or higher and 8 GB of free space.

As you have surely noticed, is a game that can be enjoyed on many current mobiles. However, not all smartphones have what it takes to play correctly.

What are the requirements to play Genshin Impact on iOS?

If you are an iOS user, it will be much easier for you to know if your mobile is compatible. Because? Genshin Impact only works with iOS 9.0 or later and with more than 8GB of storage.

Additionally, Mihoyo has created an official list of Apple devices the game runs on.

Did you understand? The requirements for playing Genshin Impact on the phone are not too demanding. And if your mobile isn't compatible, we recommend that you check out this list of the best RPGs for Android.

Are you a fan of this type of game? Well, you should also check out this other list with the 5 best gacha and RPG games you can try on Android.

So you can create an amusement park in Roblox ❯

add a comment of This is necessary to sound the impact of Genshin: compatible requirements and mobile devices