In the course of Inside Xbox, a trailer was released announcing the arrival of the title at launch.

The highly acclaimed Yakuza: Like a Dragon, published for now only on PlayStation 4 and which is supposed to be released on PC, will also arrive on Xbox Series X. To announce it is the same company from Redmond, through a trailer released during Inside Xbox, the digital event of Microsoft focused, at least this time, mainly on the new generation console.

Obviously Yakuza: Like a Dragon can also be purchased and enjoyed on Xbox One and will benefit from the Smart Delivery service (like many other titles on the Inside Xbox). Thanks to this service, users who have purchased a digital copy of the game will be able - once they have bought their Xbox Series X - to obtain the optimized version at no additional cost. 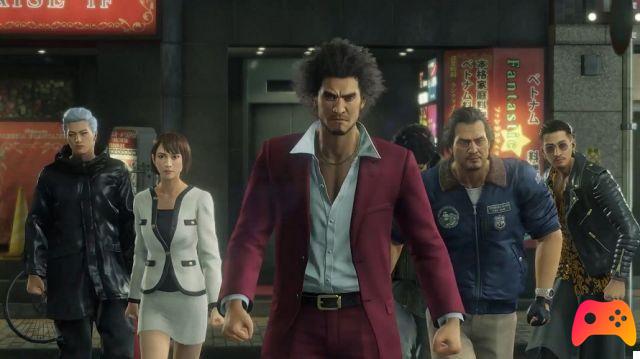 Recall that, in addition to the trailer for Yakuza: Like a Dragon, over the course of the Inside Xbox, a series of highly anticipated games followed one another such as Vampire: The Masquerade Bloodlines 2 and Assassin's Creed Valhalla, but also no less interesting independent titles such as Second Extinction and Call of the Sea.

Do you want to be an expert and know all the tricks, guides and secrets for your video games? Epictrick.com is a group of video game enthusiasts that want to share the best tricks, secrets, guides and tips. We offer the best content to be a source of useful information, so here you can find guides, tricks, secrets and tips so you can enjoy your games to the fullest. Are you ready to get all the achievements of that game that you resist so much? Enter and enjoy your favorite video game to the fullest!
Tales of Arise - Proven ❯