In many video games, as well as in Genshin Impact, a list of levels is a list that reveals the characters with the greatest potential to win tournaments, based on an analysis of their style of play and their results in competitions. Without a doubt, it is something that should be considered if you want to improve in any competitive game. So this time we'll tell you what they are all Genshin Impact characters for Tier List and how to get them.

Although Genshin Impact has arrived on the market relatively recently, we are talking about a title that we consider one of the best open world games for Android at the moment. This way, you make sure your mobile meets all Genshin Impact requirements. But really if you wanted to get more Genshin Impact characters, then you have come to the right place. 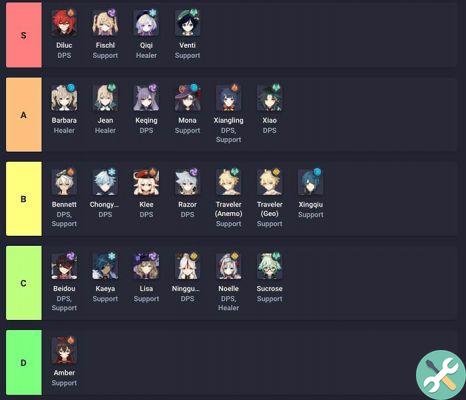 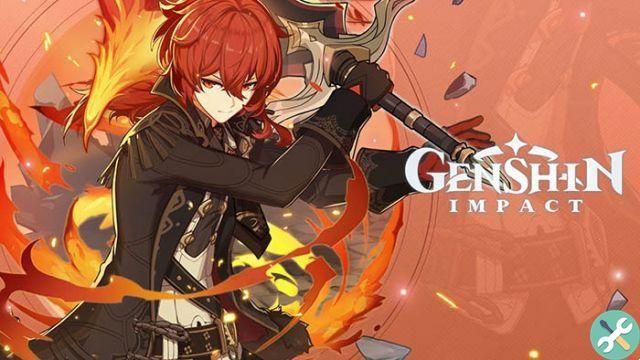 Diluc is an elegant gentleman who found in Gachapon envelopes asking for wishes. His element is Pyro, he has a Claymore sword and is from the Mondstadt region. In addition, the rarity of this character is 5 stars. 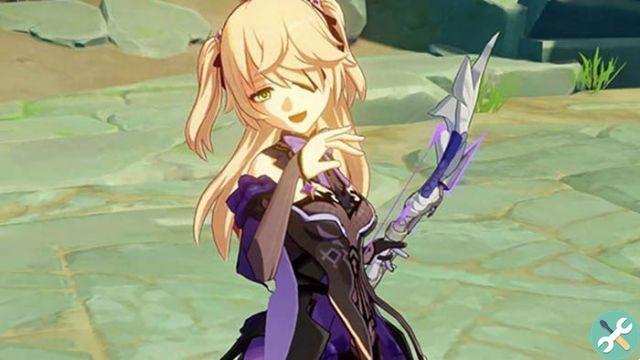 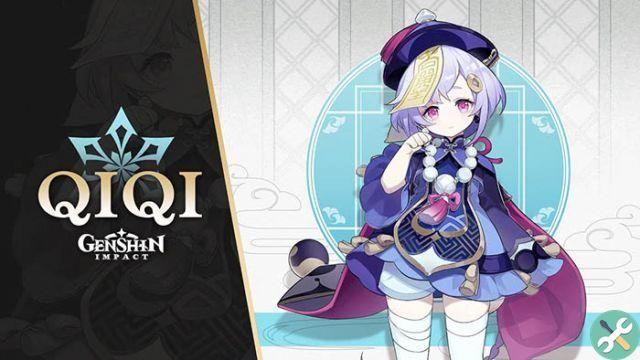 Qiqi is an apprentice and herbal picker from Bubu pharmacy who can also be found in the Gachapon envelopes asking for wishes.

His element is the Cryo, he carries a light sword and comes from the Mondstadt region. It is also necessary to point out that it is about a character with 5 stars of rarity. 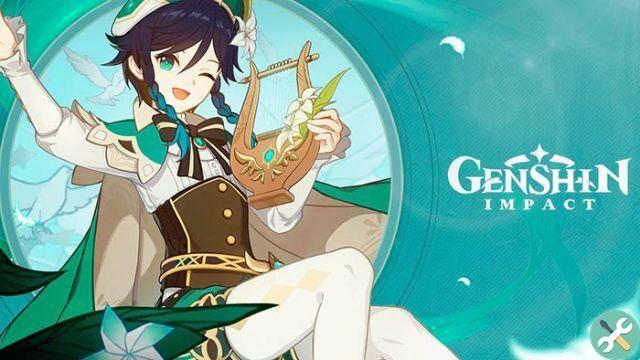 Venti is a mysterious bard who likes to recite old poems and new songs. This character, whose rarity is 5 stars, yes gets also making wishes in Gachapon envelopes. His element of him is the Anemo and he uses a bow as a weapon. It also comes from the Mondstadt region. 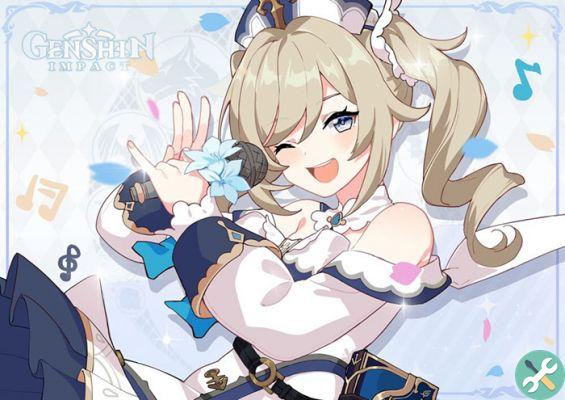 Barbara is a free character who obtained as a reward for reaching Adventure Rank 20 (prior to game update 1.1) or in Gachapon Wishing Packs. It is the deaconess of the Favonius churches and a star adored by all. This is a character from the Mondstadt region who has 4-star rarity, controls the Hydro element, and uses a catalyst as a weapon. 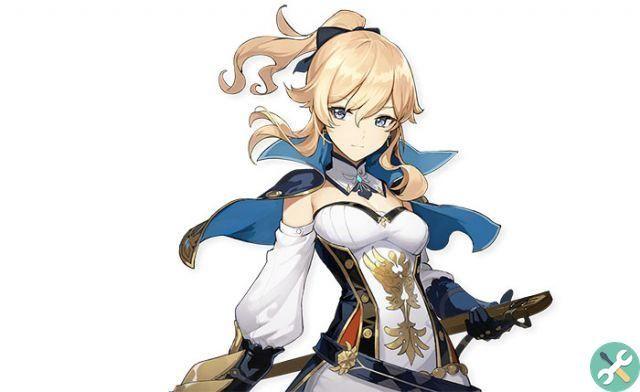 Jean is another character who is obtained in the Gachapon envelopes by asking for wishes. He is the Grand Master of the Knights of Favonius, the one in charge of keeping the peace in Mondstadt. She uses a light sword and his element is Anemo, he has 5 stars of rarity. 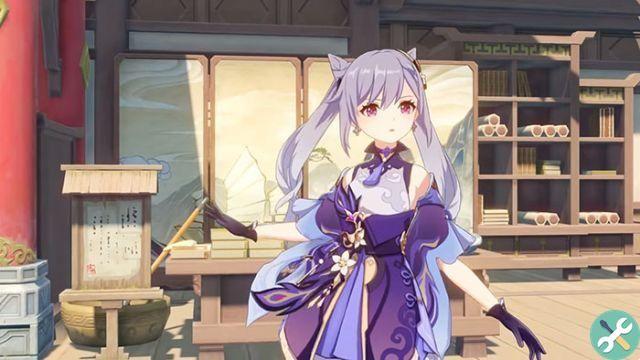 Keqing is the Earth Balance of the Seven Stars of Liyue e it is found in the envelopes Gachapon they express wishes. His element is Electro, he uses a light sword and has a rarity of 5 stars. He is a character from the Liyue region. 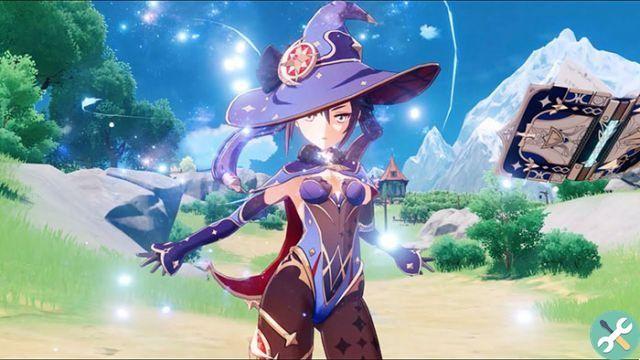 Mona, the mysterious young astrologer from Mondstadt who calls herself "Astrologa Mona Megistus", found in Gachapon envelopes expressing wishes. Its element is Hydro, it uses a bow and has 5 stars of rarity. 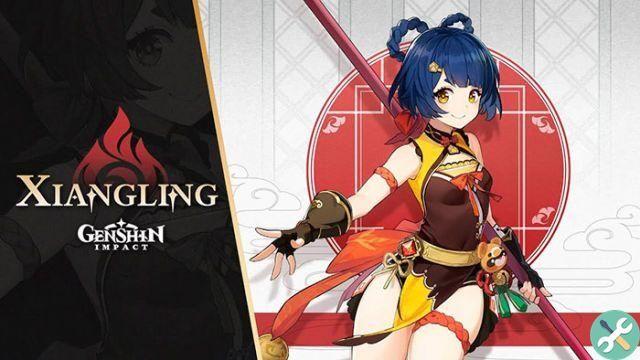 Xiangling, della regione di Liyue, it is obtained for free by completing the challenge of the Spiral of the Abyss "The choice of the people" or in Gachapon envelopes expressing wishes. He is a character of the Pyro element, who uses a spear and has 4 stars of rarity. She is Wanmin Restaurant's new grand chef and part-time waitress. 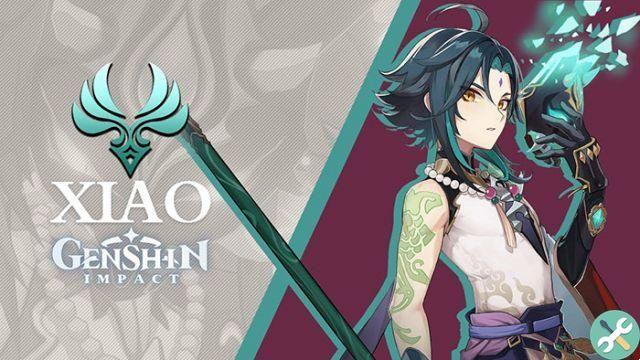 Xiao, whose element is Anemo, is one of the mighty and enlightened Adepts who guard Liyue and is obtained in Gachapon booster packs by asking wishes (5-star rarity). It is also necessary to point out that he uses a weapon such as a spear. 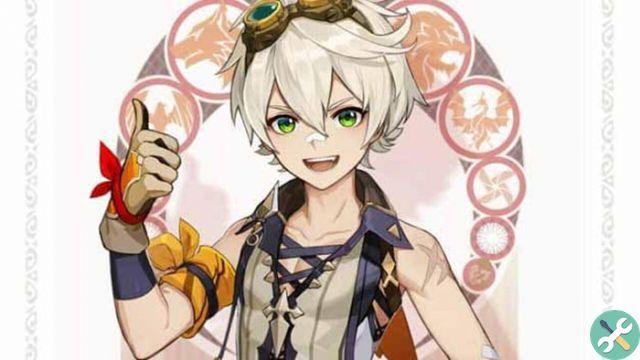 Bennet is a character who controls the Pyro element, uses a light sword and hails from the Mondstadt region. It is obtained in Gachapon envelopes asking for wishes and its rarity is 4 stars. Additionally, he is the only active member of his group of adventurers known as Benny's Adventure Team. 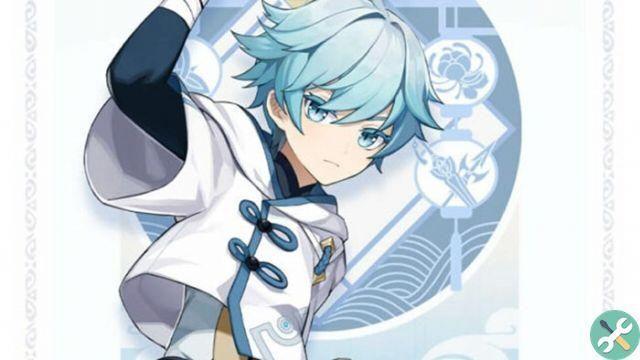 Chongyun is an exorcist who controls the Cryo element and has superhuman abilities from a young age. This character from the Liyue region uses a Claymore sword. Yup located also in Gachapon envelopes asking for wishes and its rarity is 4 stars. 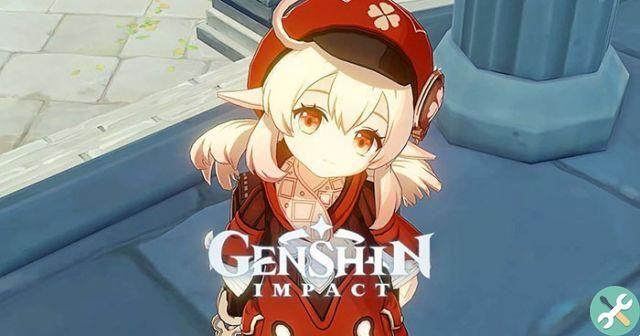 Klee is a Mondstadt character who controls the Pyro element and uses a sword as a weapon. He gets him in Gachapon envelopes asking for wishes and the rarity of him is 5 stars. We are talking about a sparkling and energetic knight of the Knights of Favonius. 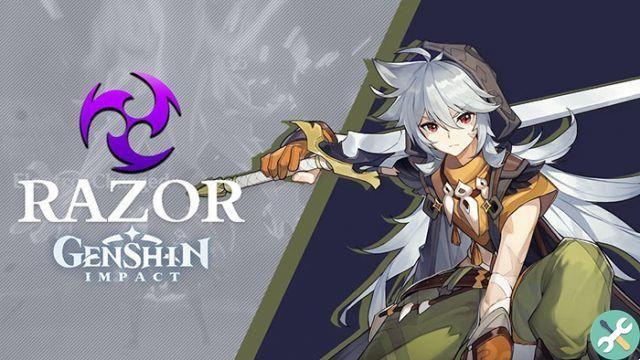 Many claim that Razor is an orphan raised by wolves, others say he is a wolf spirit incarnated in human. Be that as it may, we are talking about a character from the Mondstadt region who is obtained in Gachapon booster packs by asking for wishes (4-star rarity). Also, use a Claymore sword and control the Electro element. 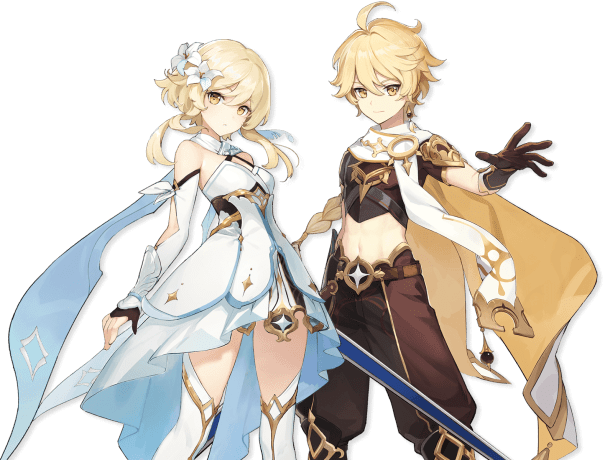 The travelers they are the initial characters of Genshin Impact who are chosen at the start of a new game. It is not known which world they come from and they can control Anemo or Geo objects. We are talking about two twins; a man and a woman using light swords. 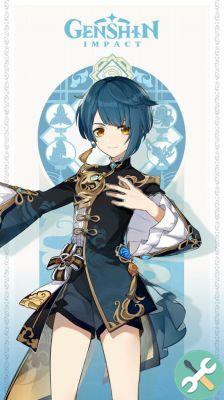 Xingchiu is a young master of Liyue's Feiyun Merchants Guild, who can be found in Gachapon Wishing Packs (4 stars for rarities). Control the Hydro element, use a light sword and come from the Liyue region. 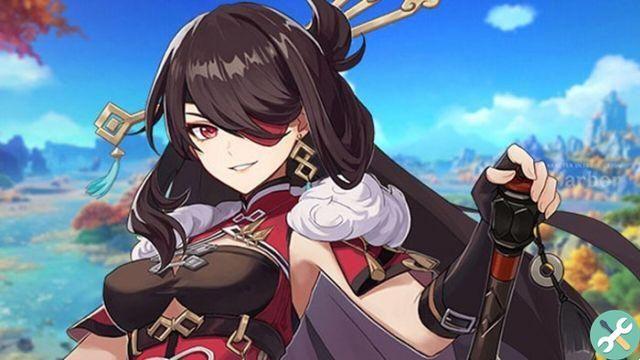 Beidou obtained in Gachapon booster packs by asking wishes (4-star rarity). He is the captain of the Crux fleet, which is very well known in the Liyue region. He uses his Claymore sword to defend himself while controlling the Electro element. 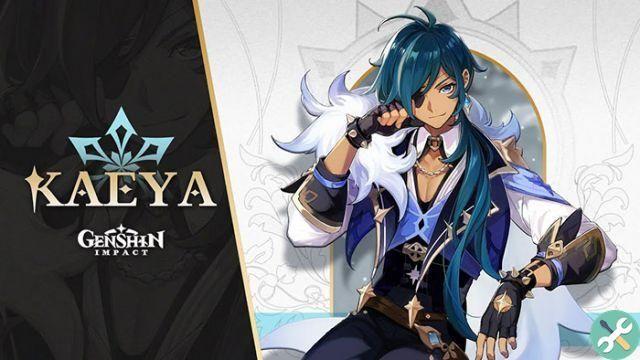 Kaeya is Jean's faithful right-hand man within Ordo Favonius. This is a charming gentleman who is appreciated by the local people can be obtained by completing the "Intensive Course" Archon Mission, or in the Gachapon envelopes asking for good wishes. Use a light sword, control the Cryo element, come from the Mondstadt region and have 4-star rarity. 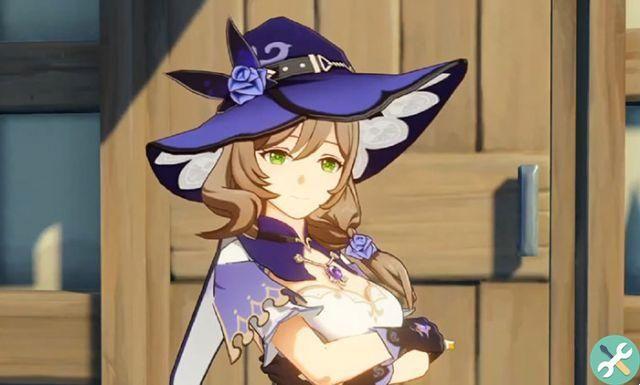 Lilia, the librarian of the Order, is a very clever witch who masters the Electro element and uses a bow as a weapon. Obtained by completing the Archon Mission "Sparks Between the Pages", or in Gachapon envelopes asking for wishes. 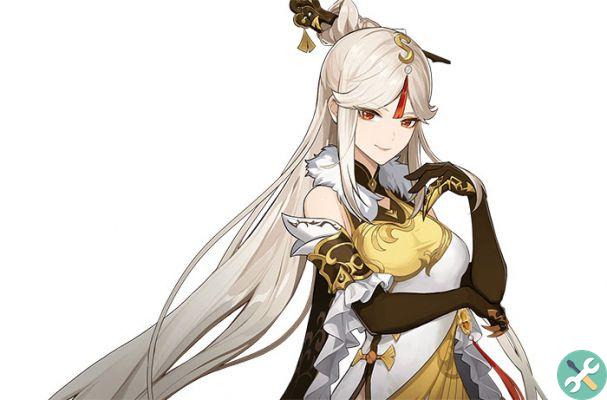 Ningguang is a character who dominates the Geo element, takes refuge in a floating palace and there are no rumors about the most influential people that escape his ears. It is obtained in Gachapon packs and has 4-star rarity. Also, he comes from the Liyue region and uses a bow to defend himself. 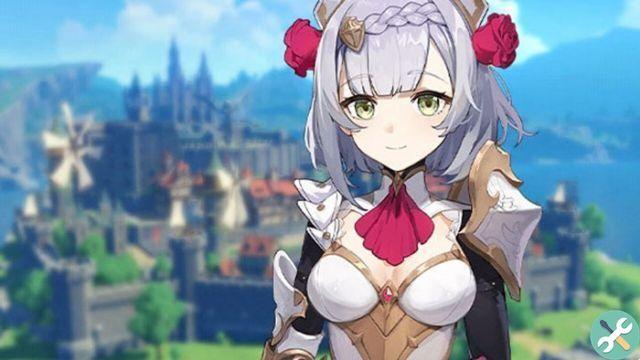 Noelle is a young woman who dreams of becoming an Honorable Knight of Favonius. This is achieved in the Gachapon envelopes that ask for wishes and she has 4 stars of difficulty. Noelle comes from Mondstadt, controls the Geo element and wields a Claymore sword. 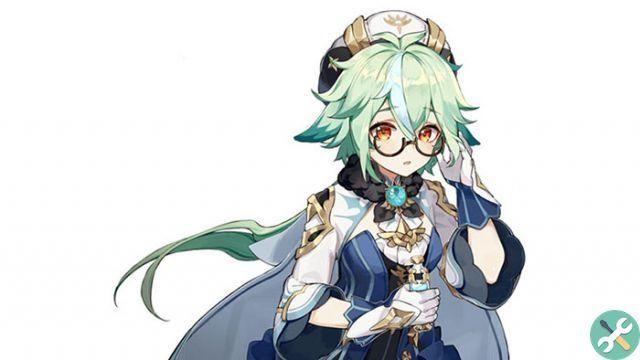 Sucrose is an alchemist who finds himself in Gachapon's envelopes asking for wishes and has an insatiable curiosity for the whole world. This character controls the Anemo element, uses a catalyst as a weapon and the origin of him is from Mondstadt. 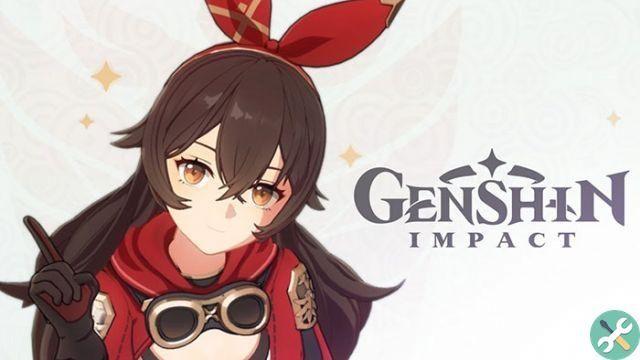 Amber is an explorer who is part of the Knights of Favonius. You can get this character by completing the Archon mission "Sailing in the Breeze" or in Gachapon packages that make wishes. This cheerful and simple girl from Mondstandt is able to control the Pyro element and uses a bow to defend herself from adversity.

Don't have the game on your mobile yet? Then check out this article explaining how to download Genshin Impact for free on Android, iOS, PC and PS4. If you like action RPGs then you will love this one.

All GTA for Android: games you can play on your mobile ❯