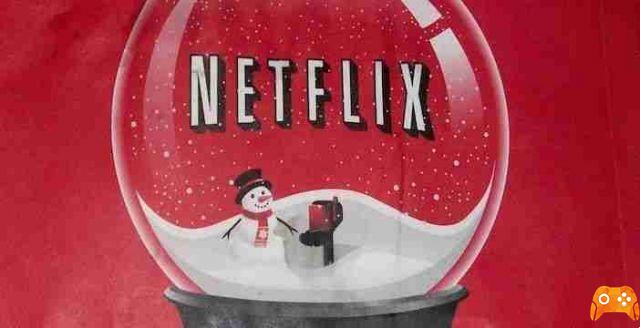 Looking for a christmas movie to see with your family or friends and you don't know which one to choose or which ones they are featured on Netflix?

Now we will list some of the Christmas films present from the classics to the novelties so that you can choose the film for your Christmas holidays to see.

Here is our list of Christmas movies you should see on Netflix.

Six-year-old Susan has doubts about the most beautiful children's story, the existence of Santa Claus. Her mom told her the "secret" about Santa for some time and Susan does not expect to receive the most important gifts she indicated in her Christmas letter. But after meeting Santa Claus in a department store who convinces her of her existence, Susan receives the most precious gift of all, something to believe in.

A promise is a promise

Arnold Schwarzenegger as a dad who, on Christmas Eve, desperately tries to find a gift - a Turbo Man doll - for his son. Unaware that this is the most requested toy of the moment, so begins a crazy search that sees him bump into a postman.

Christmas is approaching and Pete, a little boy neglected by his parents, is terrified because every year the party keeps repeating itself in the same unpleasant way. So that events take a different turn and his family have a Christmas that he will not be able to forget


Save your Netflix now

A prince for Christmas

Classic Christmas tales will never be the same again after this bizarre and gleefully irreverent tale of a Santa so bad it turns out funny. Billy Bob Thornton plays Willie T. Stokes (role that earned him a Golden Globe nomination.

Bill Murray is about to present a Christmas TV special from the Carlyle Hotel in Manhattan when a snow storm blocks the city's traffic. The actor, saddened and worried by the consequent absence of guests and audience, is however convinced to try to carry on the show, until a blackout forces him to give up definitively. Moving to the hotel bar with his trusty musical accompanist Paul Shaffer, he tries in his own way to continue the performance there, singing various Christmas-themed songs with the hotel staff and guests. After a few glasses too many he loses consciousness, living a dream in which he finally manages to perform in a show that indulges his extravagant desires, accompanied by George Clooney and Miley Cyrus.

Snow in the heart

The sweet and bitter tale of an unusual Christmas in the Stone house, a close-knit and eccentric family who calmly faces almost everything, except their son's nervous girlfriend, who receives a cold welcome when the girl joins the family to celebrate Christmas.

Guess who's coming for Christmas

In an extended family, a couple awaits the arrival of their daughter and mysterious boyfriend they have never seen during the Christmas holidays. Meanwhile, a man sees his partner's children for the first time but they will do anything to chase him out of the house. An inconsolable widow and an unsolved half-brother will contribute their part to bring disaster, misunderstanding and laughter, before the inevitable happy ending.

In his neighborhood Steve Finch (Matthew Broderick) is the King of Christmas, because he owns the house with the most bright decorations. His dominance is about to be threatened by the nefarious new neighbor, Buddy Hall (Danny DeVito).

Fire TV Stick Basic Edition Amazon: what it is and how it works ❯

How to sign out of Netflix on your Smart TV

Netflix not working? How to solve the most common problems

How to add a login PIN to your Netflix profile

add a comment of Christmas movies on Netflix you should see