The Kojima Productions title starred in another spectacular movie.

L'uscita di Death Stranding Director's Cut, next gen version of Death Stranding with several additional content, approaches: for this very reason a new (and latest) trailer has been released, as always edited by Hideo Kojima himself.

On the notes of Woodkid's Goliath song, some familiar scenes can be seen, along with unreleased cutscenes and new vehicle racing races and the shooting range. There will be other news related to the equipment, as well as a leap forward from a technical point of view: this new version of Death Stranding will in fact support the 4K e i 60 fps. Players who have already purchased the PlayStation 4 version will also be provided with the option toupgrade to the Director's Cut at the price of 10 euros. 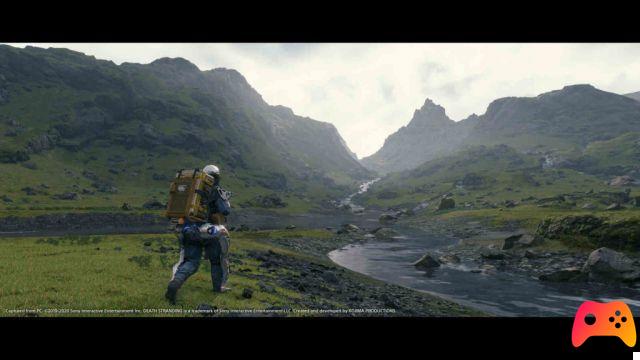 Death Stranding Director's Cut, we remember, will be available on PlayStation 5 starting from the September 24. What do you think? Are you curious to relive the adventure of Sam Porter Bridges also on the new Sony console?

Do you want to be an expert and know all the tricks, guides and secrets for your video games? Epictrick.com is a group of video game enthusiasts that want to share the best tricks, secrets, guides and tips. We offer the best content to be a source of useful information, so here you can find guides, tricks, secrets and tips so you can enjoy your games to the fullest. Are you ready to get all the achievements of that game that you resist so much? Enter and enjoy your favorite video game to the fullest!
Death Stranding: possible sequel in negotiation ❯