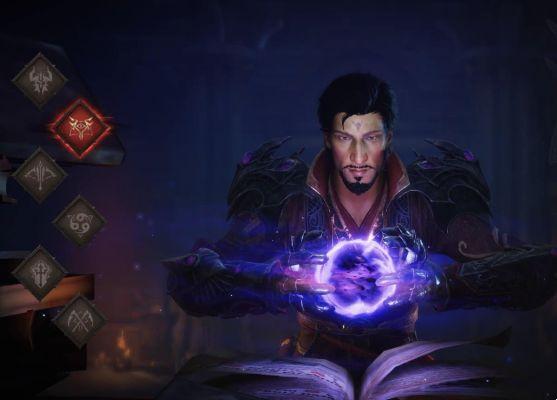 How to play the Wizard class in Diablo Immortal

Mages are one of the most powerful classes in Diablo Immortal as they can use a variety of area-of-effect and crowd control spells. You will be able to manipulate your opponent, create flawless combinations and annihilate enemies with the assistance of these talents.

With the Wizard class, you will be able to use numerous elements such as fire, ice and air to unleash devastating combinations of attacks on your opponents. Mages are among the most powerful long-range fighters, but they are also extremely vulnerable, similar to traditional glass cannons.


The Mage class in Diablo Immortal is especially beneficial in a party where other players will pick up hostile creatures and you may take them down.

Mages have a lot of single target damage spells and are quite mobile. So, if you know how to play Wizard, you will be a PVP behemoth. Mages can teleport, and one of their lightning-fast powers can also give you a lot of mobility, so they can move quickly.

In PVP, you can use teleportation to control opposing players and stay a safe distance from them, and you can also do a huge amount of damage in a short amount of time using the Wizard class. The wizard class is more difficult to play than other classes as you have to complete skill combinations to deal considerable damage.

Many of their abilities have very long cooldowns or are channeled. This isn't good enough in most cases for Diablo Immortal. You don't want to throw a thing and then not be able to do it for 15 seconds.

You don't want to be there, channeling a skill that is almost never good in this game. You have to be mobile and you have to do many things at the same time.

This is one of the biggest problems with this Wizard class. It is based on combos and if you don't do combos, you lose a lot of damage. You have to learn how to do it. In addition to that, you need to skillfully shoot many of your casts.

You have to land the Meteor exactly where the monsters will be because there is some drop time. They are very soft and you only have a buff from disintegration, which honestly is a lot to give up just to give up, just to give the group a buff.

They are pretty good at AoE but every class is good at AoE. They are incredibly good at crowd control. Mages have great synergies and move very well, but long cooldowns and channeled abilities are a problem.

To speed up your growth and leveling, you should equip stronger gear as soon as you get it. Your inventory will start flashing as you gain stronger items from the enemies you have killed.

If you didn't know, Diablo Immortal offers a Battle Pass that you can purchase. In the battle pass, you will acquire a legendary item that will greatly improve your mage's strength, so equip him as quickly as possible.

While leveling, you'll come across a lot of gems, so be sure to equip them all to get that extra boost. If you're lucky, you can find legendary gear like the Siphon, the Unrepentant Storm, and the Windbreaker, all of which are useful for the Wizard class.

The best skills of the Immortal Wizard of Diablo

The following are the two main skills for the Wizard Class in Diablo Immortal.

Magic Missile: Magic Missile is a skill that allows you to inflict damage on an opponent and at the same time get Hardened. Launches a missile of magical energy that deals damage. The Magic Missile skill has a level 1 requirement.


Electrocution: Electrocution is an ability that allows you to fire lightning bolts from your fingers, dealing full damage to the first opponent hit and then jumping to three other targets for 30% of the damage. The skill level required for Electrocute is 34.

Mages have up to 12 skills to choose from in addition to their main attack and can equip up to four at the same time.

Arcane Wind is an ability with a cooldown of 9 seconds. The level required for the Arcane Wind skill is level 1. Use the Arcane Wind skill to send a gust of wind in a specific direction, causing damage and driving enemies away. Charging for a longer period of time improves range, knockback distance and damage. Enemies on fire will take 50% more damage.

Scorch is a skill with a cooldown of 9 seconds. The required level for the Scorch skill is level 1. Throw a fireball that causes damage and knocks enemies away, leaving a fiery trail that deals damage over 6 seconds with the Scorch skill.

Black Hole is a skill with a 20 second cooldown. The required level for the Blackhole skill is level 38. The Blackhole skill allows you to summon a black hole for 3 seconds at a specific point, which will attract all local enemies and deal damage over that time.

Meteor is a skill with a cooldown of 9 seconds. The required level for the Meteor skill is level 41. The Meteor skill allows you to create a huge meteor from the sky that deals damage and stuns all enemies in its path for 3 seconds. Burns the ground it touches, dealing damage to opponents for 6 seconds.

Torrent Arcane is an ability with a cooldown of 0,5 seconds. The required level for the Meteor skill is level 47. Arcane Torrent allows you to fire a barrage of magical missiles at nearby opponents, causing them damage.

The best weapons of the Immortal Wizard of Diablo

For the Wizard Class, we've compiled a list of the best weapons to use.

Windshaper is used as a primary weapon. When using Windshaper with Arcane Winds, the vortex formed by Arcane Winds will now chase a target and deal damage to anyone in its path.

The siphon is used as a secondary weapon. When used in conjunction with Lightning Nova, the Siphon increases movement speed by 60%.

Electrospike is used as a primary hand weapon. When used in conjunction with Electrocute, Electrocute gains access to three extra enemies.

Unrepentant Gale is used as a secondary weapon. Arcane Wind's maximum stacks are increased by 1 when Arcane Wind is combined with Unrepentant Storm.

For the Wizard Class, we've compiled a list of the best armor sets to use.

The shoulders of the cataclysm

Cataclysm shoulders are used as shoulder armor. Meteor's radius is increased by 10% when the Meteor ability is combined with Shoulders of the Cataclysm.

Rift Dancer's Stride is used as leg armor. Teleport now targets a spot where it further wounds all adjacent enemies when using Riftdancer's Pitch along with the Teleport ability.

Hood of the Abyss