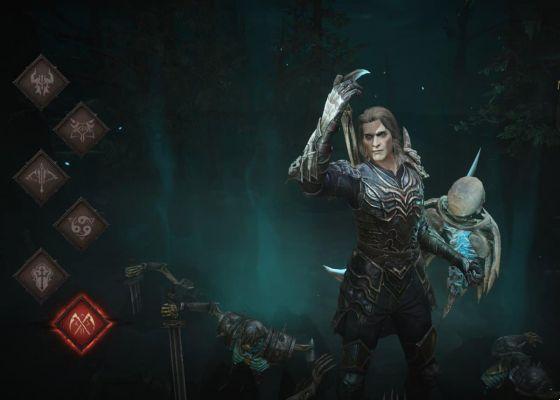 How to play Necromancer in Diablo Immortal

Summons, support, crowd control, area of effect and single target are things that necromancers excel at. They have the highest level of crowd control of any class in the game, making them excellent at stopping attackers in PvP. They have super high damage.

Necromancers deal massive damage but have bad moves. The best thing about the Necromancer is that they are the ultimate pet class. If you like to use pets in the games you play, Necromancer is absolutely for you.

The Necromancer's raid perks are great and their max is the best in the game. The necromancer has minions for all kinds of situations. Plus, it rewards tactical play in PvP. His mobility sucks and he can rely on the corpse. He may have to continually switch between builds.


Necromancers can be a bit of a wild card in PvP. If you can learn to use their abilities, they will summon a really annoying wall or tower that can really annoy teams. But it takes some getting used to. Some of your summons die very easily in PvP. So it takes some practice.

The Necromancer has the ability to summon creatures that can absorb all damage while dealing large amounts of damage.

The Necromancer class is ideal for groups. It will provide a wide range of bonuses to your party members. The Necromancer's Bone Wall ability, which allows you to block opponents and deal massive damage, makes him incredibly effective in PVP.

Necromancer is a difficult class to play as most of your abilities require you to be near the enemy's mid-range. Also, it is a slow class with no escape feats, you will need to play cautiously at that range.

First you must summon your golem and skeleton mage before the fight can begin. Then assault the opposition group with your skeleton troops and golem. Keep summoning your golems and skeletons to take advantage of them.


When there are as many pets as possible in the target region, always use the dark curse. Keep this ability always in reuse time. You can send your main attack to the mob for the rest of the time.

We will mainly use Soul Fire, Command Skeletons, Command Golem, Dark Cursee Skeletal Mage Skills. Summon all of these to wreak havoc on your enemies. In Necromancer, you can choose from 12 skills, but you can use 4 at any time in addition to a main skill. The skills listed below are the best skills for the Necromancer build.

This is the best main skill for beginners because you can unlock it at level 1. This skill launches a Soulfire ball that explodes when it hits the opponent.

With the help of this skill, you can deal 25% more damage to the target enemy and all adjacent enemies.

This skill has a Hungry Soul Fire ability that increases the Soul Fire time interval for 12 seconds and simultaneously casts Bone Spirits.

This skill can increase attack speed by 80% for 4.5 seconds with the help of Skeletal Champions.

It also has the disadvantage that it only summons Skeletal Champion four times during a fight. And each one takes 8 seconds to recharge.

This skill spawns a skeletal mage for a total of 13 seconds. And it can fire Soufire shots in the enemy direction. Soulfire's damage is not limited to one enemy, but inflicts damage to all enemies in its course.

The only drawback of this ability is that you are limited to summoning 6 skeletal mages per fight.

The Dark Curse with Mournful Destroyer will curse the ground and deal damage constantly as we cluster in our huge group of enemies for more than 6 seconds. We will quit and burn them alive. The corpses explode once we put them on the ground.

In addition to dealing damage, this ability will greatly obstruct the enemy's line of sight.

This skill will damage all surrounding enemies by spawning Bone Golems for 24 seconds. The Bone Golem will also stun the enemy while dealing damage.

This Golem will distract nearby enemies by making them attack for 6 seconds. You can unlock this ability at level 50.

The only drawback of this ability is that it takes 36 seconds to recharge.

Necromancer has many weapons to choose from, but we have compiled a list of what we think are the best weapons for this version.

I've never heard of the proverbial two birds with one stone. The Baleful Trinity does just that. It deflects your Soulfire so that after hitting one enemy, it hits another in one hit.

There is a downside to this. After hitting the first target, it loses damage power by 30%. It is best used as a secondary weapon. It also increases Soulfire's total damage by 10%.

Overall, the best weapon you can choose is Desolatoria. It will transform your golem command ability to summon an upgraded Golem that will deal more damage and burn all enemies alive.

This weapon is best used when you want to kill a large group of enemies in a short period of time. Another ability of this weapon is that it impacts enemies, disabling them for a few moments and allowing players to kill them in one hit.

Choosing armor can be tricky at times, so we've listed the best armor for the Necromancer build.

This is the best head armor you can choose. You can use this armor to protect yourself from incoming enemy attacks.

This armor allows you to summon a single strong skeleton commander to make a tornado at a specific location where your enemies are, rendering their attacks useless.

You can use this armor to protect yourself from all damage in one hit. It also allows your nearby party members to resist enemy attacks if they come from a single hit.

It also reduces the recharge effect of Bone Armor by 10%.

If for some reason you destroyed your first chest armor parting gift, this is the second best chest armor replacement piece. After using it, it will provide better immunity against enemies.

This will create a stone wall that will turn into cages and capture enemies, preventing them from escaping. You can then kill them easily because they won't be able to defend themselves.

This armor uses bone armor to inflict heavy damage to nearby enemies and eventually destroy them as a result. Therefore, this armor serves both purposes. It also protects and attacks enemies.

The only drawback of this armor is when opponents take damage inflicted by this armor. It will not be able to provide its basic armor function.

This is the best shoulder piece you can choose in Necromancer because it renders the corpse's explosive attack useless.

Instead of an explosion, this armor releases a plant poison that will slowly poison the enemy and make their health continuously decrease. And finally kill them completely.

While providing a basic protection effect against enemy enhancements, this leg armor also provides the Bone Wall skill. It also increases the total duration of the skill by 10%.

The best thing about this armor is that it provides skills and at the same time protects you from enemy attacks.

Diablo Immortal Controller support: how to use the controller on mobile devices and PCs ❯