As we had anticipated today, Electronic Arts has officially unveiled the players of team 1 of the Summer Stars. Let's find out together!

The event Summer Stars of FIFA 21 has officially begun. Electronic Arts has selected the first players for this new, spectacular team, which as usual will be followed by another group of players. In Team 1 there are several top players both from reality and from FIFA 21, among which they certainly stand out Leo Messi, Cristiano Ronaldo e Kevin de Bruyne, three of the strongest and most famous players in world football. 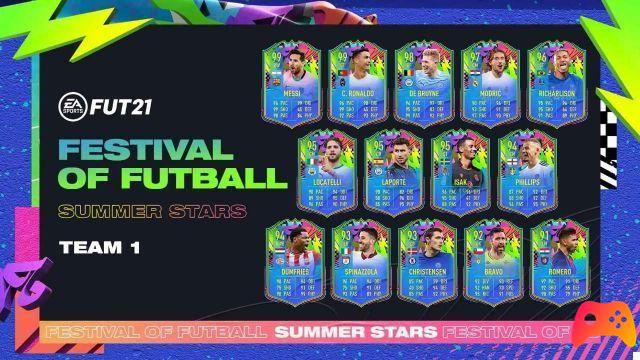 To these are also added Xerdan Shaqiri (93) available through SBC and another “Italian” the German Robin Gosens (93), for years with Gasperini's Atalanta Calcio.

What do you think of this Team 1? Let us know in the space reserved for comments!

Pokémon Sword and Shield: date and trailer for the new DLC

Add a comment from FIFA 21, Team 1 of the Summer Stars unveiled!