FIFA 21, this week the TOTS arrive!

Coming this week within FIFA 21, on time as every year, there will be the TOTS.

Punctual as every year, the FIFA servers are ready to embrace the most heartfelt event of the season: the arrival of the TOTS. The Team of the Season (hence TOTS) will invade the FIFA 21 market starting as early as this week, as announced - albeit a bit "cold" - by Electronic Arts last weekend. As per tradition, the first team to be released will be the one dedicated to the community TOTS, i.e. those voted by users. Those with the most votes (you can vote by following this address) will become part of the first team, which will be followed as usual by all the others, starting from Premier League up to the “minor” championships. It goes without saying that the wait around new players is already spasmodic, with a consequent crash of the market which has led to the sudden drop in the prices of most players, even the icons or in any case the top players. 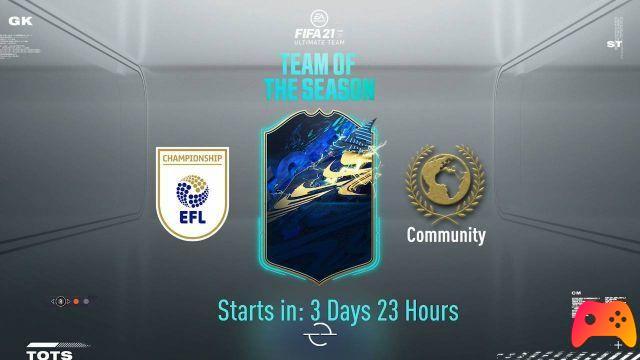 And who would you like to see in the FIFA 21 TOTS? Let us know in the comments!

Do you want to be an expert and know all the tricks, guides and secrets for your video games? Epictrick.com is a group of video game enthusiasts that want to share the best tricks, secrets, guides and tips. We offer the best content to be a source of useful information, so here you can find guides, tricks, secrets and tips so you can enjoy your games to the fullest. Are you ready to get all the achievements of that game that you resist so much? Enter and enjoy your favorite video game to the fullest!
FIFA 21, source code of the game stolen ❯

Add a comment from FIFA 21, this week the TOTS arrive!