GTA: The Trilogy may be out in December

According to several rumors, Grand Theft Auto: The Trilogy, could be released in December, albeit, it may not be the launch window for current-gen versions.

At least this is what is reported according to the sources of the Polish website PPE (via VGC), which state that the collection with remastered versions of Grand Theft Auto III, Grand Theft Auto: Vice City and Grand Theft Auto: San Andreas will also be made available in physical edition, but that only those for Nintendo Switch, PlayStation 4 and Xbox One will arrive in stores before Christmas, to be precise we are talking about December 7th. 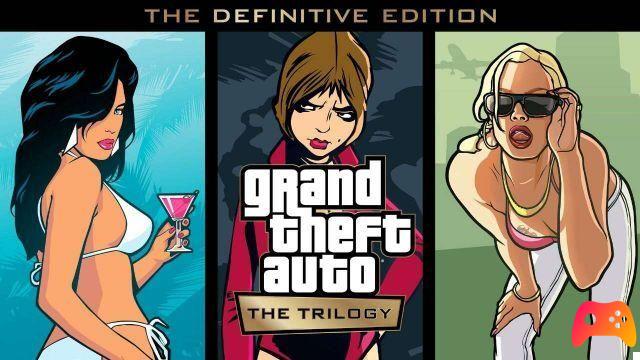 Differently, the PlayStation 5 version and the Xbox Series X, will arrive only in the course of 2022, again according to PPE. As announced several days ago by Rockstar Games, PC and all console versions of Grand Theft Auto: The Trilogy will be available later this year.


Do you want to be an expert and know all the tricks, guides and secrets for your video games? Epictrick.com is a group of video game enthusiasts that want to share the best tricks, secrets, guides and tips. We offer the best content to be a source of useful information, so here you can find guides, tricks, secrets and tips so you can enjoy your games to the fullest. Are you ready to get all the achievements of that game that you resist so much? Enter and enjoy your favorite video game to the fullest!
Guardians of the Galaxy: Launch Trailer ❯

Hot Wheels Unleashed: all the cars present at the launch

Add a comment from GTA: The Trilogy may be out in December