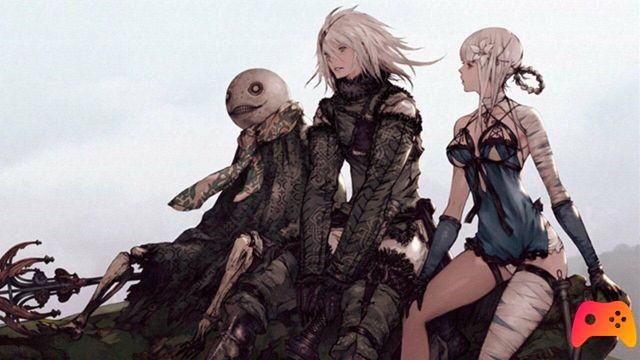 Revisiting the story of Nier Replicant through this new version "ver.1.22474487139" is something that we certainly consider very important for those who have never had the opportunity to play Nier Gestalt. Knowing the original work a priori, however, we had some doubts about the gloomy adventure that awaited us. As we discussed in the preview of Nier Replicant ver.1.22474487139, the fight has been greatly improved and this already manages to fill the main gap of Nier Gestalt, however the title seemed to be completely identical in everything else. Having now completed the game, obtaining the various endings, we can say that Nier Replicant ver.1.22474487139 is an absolutely superior version compared to the original and based on taste it can be safely preferred even compared to Automata. However, some flaws that we would have liked to see resolved (or rather reworked) are still present.

But let's go into more detail, obviously avoiding narrative spoilers, and discuss what we think works and what continues to be problematic in Nier Replicant ver.1.22474487139.

For those who do not know Nier Gestalt and consequently do not know what this remake is about, let's start with a small synopsis. The story is about a boy, whose name is chosen by the player, who undertakes various jobs as a "shadow hunter" to save his sister from an illness called "Necrography" that has already killed their mother in the past. During the adventure he will meet a talking book called Grimoire Weiss that will allow him to face the most fearsome shadows before they can destroy the world already one step away from its own end.


The reason why we wanted to introduce the basics of fiction, which we usually don't appreciate too much doing, is to highlight what was the best value of Nier Gestalt which remains the strength of this remake as well. The story starts out simple, based on the classic JRPG tropes or classic adventure game, and then slowly goes deeper by overturning these tropes and creating clashes where it is difficult to discern who is right, or if a "reason" exists in the first place. 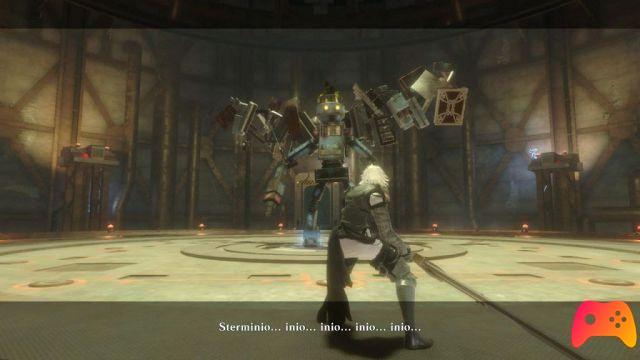 The unconventional writing and the particular method of exposure used by Yoko Taro are the main reasons why NieR has carved out its place as a cult classic despite the bad gameplay. Fortunately, this is now accompanied by a combat system worthy of the name, as Nier Replicant ver.1.22474487139 is not only a beautiful narrative experience but also a very solid character action. The watchword during the fights is not as many "variety" as the products more dependent on combos such as Devil May Cry V and Bayonetta, but rather "speed". In stark contrast to the original game system, Nier Replicant ver.1.22474487139 stands out for its speed and fluidity of movement.


This is visible in every aspect of the gameplay, from the run of the protagonist that allows you to make the travel sections much more bearable, to the combos performable with the 3 types of weapons present in the game. Fighting is fun like never before in a Yoko Taro game. The dozens of enemies that will be shot down all the time are a joy to destroy and finally bring out the most important battles in the game, making the dark twist of the narrative much more effective in our opinion. The only loss brought by the new game system is probably the fact that the old animations showed how unprepared and incapable the protagonist was., which works best for subverting the classic hero trope, however it is an acceptable sacrifice in view of the improvements achieved through it. 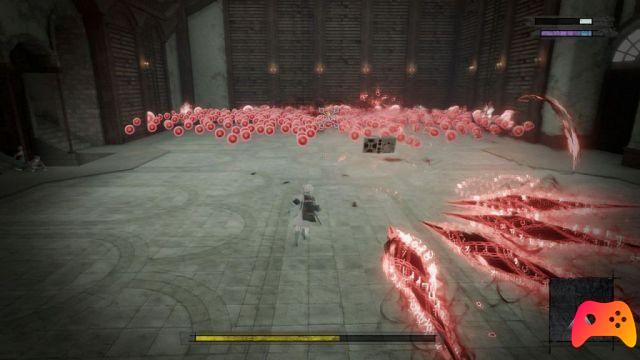 If the combat system brings with it a drastic change, the game design remains as similar as possible to the original, obviously making some changes to adapt the clashes to the new movements of the protagonist. The work behind the boss fight rework is particularly commendable. They still give the impression of being the same bosses, preserving what worked from the Nier Gestalt experience, yet they also manage to seem tailor-made for Nier Replicant ver.1.22474487139. From this point of view ToyBox did an exceptional job and surprised us positively.


We are a little less enthusiastic about the graphics sector on the other hand. The game is beautiful to look at and the style adopted we find it perfect, as it evokes an atmosphere that makes very good the idea of ​​the dark fairy tale that is Nier, however the models of the NPCs and different textures scattered around the game are truly low quality. The tertiary characters in particular, to the point that at times they seem to suffer from the lack of the horrible brown filters that characterized most games of the Playstation 3 / Xbox 360 generation. The main characters, on the other hand, have received much more care and especially during the cutscenes they make a good impression, although they never turn out excellent. 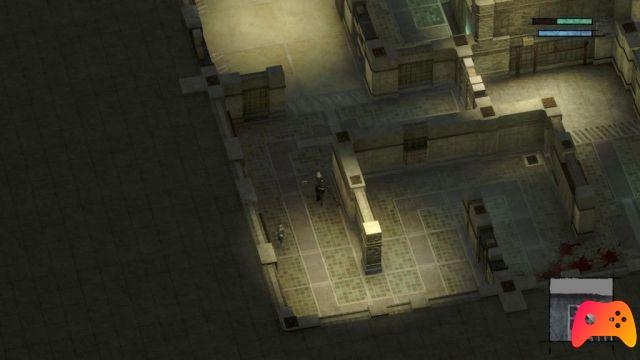 Finally, let's talk about the last aspect on which we have a clear verdict, before moving on to what we have conflicting opinions on. The soundtrack of Nier Replicant ver.1.22474487139 is potentially the best we've ever heard in gaming.

Every trace of every zone of every encounter and every boss is perfect and memorable. Keiichi Okabe had already produced a list of outstanding songs for Nier Gestalt and with the remixes present in Replicant, the techno versions usable through the dlc of the original now included in the game and a certain unlockable option that we do not want to anticipate, his work on this game is also probably his best overall (although the Final Fantasy version of Kainè remains his best composition). 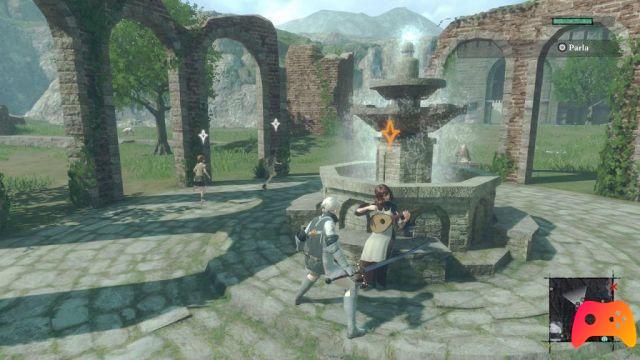 Net of a remake work that undoubtedly elevates the quality of the original title, however, there remain some questionable game design choices that unfortunately have not been modified or embellished enough to be able to justify them. The subquests remain in an annoying limbo in which they are simultaneously interesting narratively but tedious to complete, being 90% fetch quests also quite long. This is also exacerbated by the fact that very often the same items will be asked for in large quantities, artificially increasing the playing time disproportionately. The added value that these missions add to the game world is ironically annoying because it creates a constant doubt: ignore the secondary content due to the bad and boring design of the objectives or persevere in the hope of having undertaken a secondary with noteworthy narrative rewards?

Another flaw left from the original game is the system with which the multiple endings of Nier Replicant are unlocked, kept intact within the ver.1.22474487139. This discourse is more complex than that undertaken for the secondary quests, as the method by which the endings are obtained is an integral part of what makes Nier such a valuable experience. Essentially to get the various endings you will need to play a good 40% of the game over and over again, 3 or 4 depending on the number of endings you are trying to get. Anyone who already knows the narrative of Taro's work understands how essential the second run is to reveal the true face of the world and on this we absolutely agree. 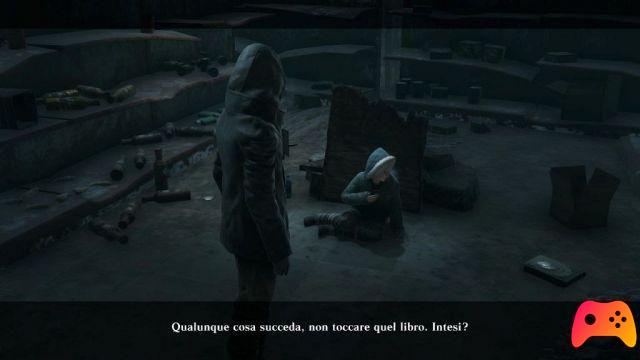 The new gameplay even helps to lighten the burden of having to replay such a massive portion of the adventure thanks to the speed of combat and the fact that levels are maintained without the enemies boosting themselves.. However, in Nier Replicant ver.1.22474487139 as in the original, we find there are a couple of runs too many. Everything that the game offers could be compressed into 2 runs, rather than spread into the 3 or even 4 that are instead imposed on the player. If at the first replay the content remains interesting thanks to the new details, at the second everything becomes sterile and can risk boring. To be fair, it must be pointed out that the remake recognizes the heaviness of the third and fourth run and tries to add something new to lighten them but the new content, although of good quality, ends up further weighing down the pacing of the game as it includes several non-skippable dialogues. already seen in the second run and a "dungeon" full of scripted events. In the final stages of the game even the fantastic boss fights become annoying, as the very high level of the protagonist will make them trivial and the mechanics for which the bosses cannot die until the dialogues they have to perform "plot" extend the game time and it can grout if there are no additional details to discover.

While the choice to present the full details of the story is something we appreciated in both Gestalt and Replicant, the execution was and remains improvable.. We understand that we have probably chosen not to modify too much to leave the experience as familiar as possible, however the management of multiple runs was the second major flaw of Nier Gestalt and it is a shame to see that the solutions designed by the ToyBox team did not solve. this problem. 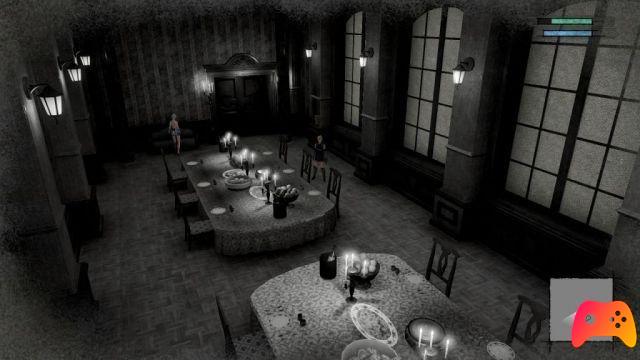 Ultimately Nier Replicant ver.1.22474487139 takes a special but fundamentally broken title and fixes it… but without being able to bring it to excellence under all circumstances. The perfect soundtrack, intriguing narrative, fantastic characters and memorable bosses make this product a must for all fans of the series and anyone who has enjoyed Nier Automata or appreciates character action in general. However, some flaws in handling multiple endings and side missions keep the game from achieving general excellence. An experience not to be missed… but which still brings with it some problems. A product that, like the characters that give it life, has charm and soul but is weighed down by some indelible fragility.