Ten years after its release on the Nintendo Wii, Sonic Colors can finally be played by old and new players on the latest hardware.

Find out more in our review of one of the more colorful chapters of the blue hedgehog returning in Sonic Colors Ultimate.

From the seventh to the ninth generation

When Sonic Colors debuted, the idea of ​​PlayStation 5, Xbox Series X or Nintendo Switch was not even conceivable, it was the seventh generation and was released on Wii a new iteration of the Sega mascot with a very important chapter for the brand.


In fact, the series did not enjoy a very good reputation after the questionable 2006 chapter and Sonic Unleashed. A return to the origins was therefore needed with a fast, fun and immediate game. Sonic Colors was the right answer, a title that mirrors the traditional canons of Sonic, which they provide a balanced blend of pure racing sections with 3D visuals and 2D platforming sections.

For newbies, the plot of this adventure is very simple: Sonic and Tails decide to investigate Eggman's mysterious amusement park opened by the latter to apologize for all his misdeeds; it won't take long to find out that it's actually all coverage for a new plan that involves the use of the Wisp, colorful aliens who enjoy mysterious powers that Sonic will be able to absorb during his adventure. 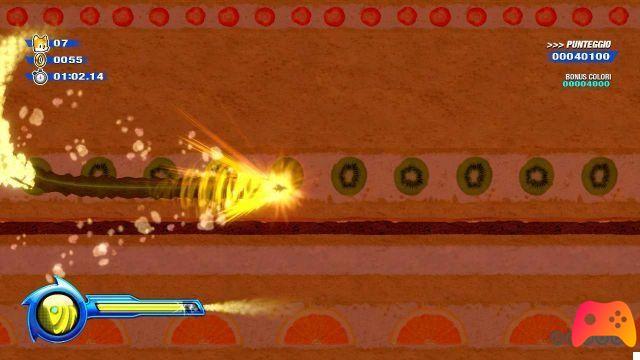 One of the main features is in fact the diversification of the powers that can be used and unlocked as the main story progresses. Each Wisp is associated with a color (hence the title of the game) and can be used for a limited period of time: it will be the player's skill (or memory), try to use the powers at the right time to go faster and faster and reach the end-of-level goal in the shortest possible time. possible time.

If from the narrative point of view there are no changes, what is done in Sonic Colors Ultimate is a real restoration, with a port coming from the Wii version.

The development team has managed to successfully transpose the strong contrasts of Eggman's amusement park as well as every single planet that can be visited with its unique features, thus allowing achieve image cleansing that will allow you to play the title in 4K resolution on PlayStation 4, Xbox One and PC. 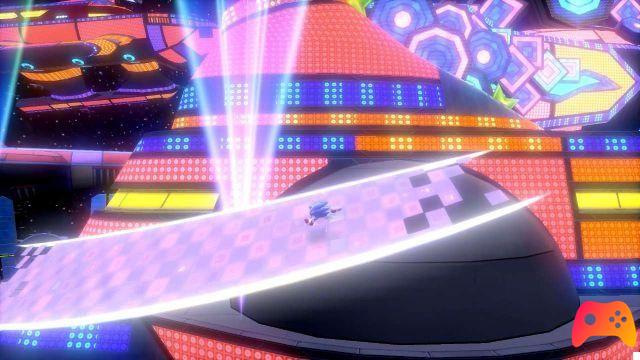 Slight changes have been made from the original title, improving some worlds that are too dark in shades, such as the Aquarium Park which now enjoys better legibility of the routes.

To add to the list of new content there is the presence of Metal Sonic: Sonic's famous rival will appear after collecting enough Red Rings. The duel will consist in reaching the finish line of a few levels before the metal counterpart, but all this boils down to a real extra that does not involve any important reward other than the acquisition of park tokens. 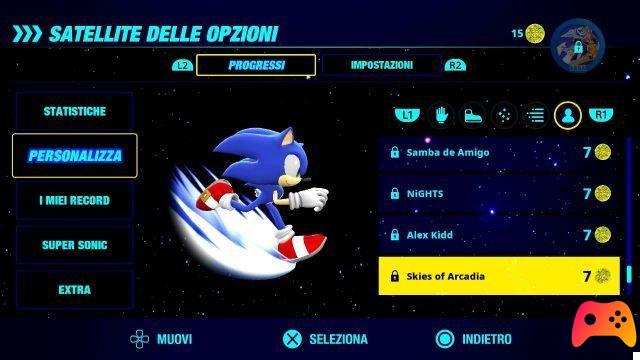 To this end, during the whole adventure it will be possible to find park tokens, this currency can be used in the Options Satellite to customize Sonic. It will therefore be possible to customize gloves, shoes, color and effect of the wake produced by the protagonist during the boost and even the profile photo in which all the Sega icons are also present.

Finally, there is also the presence of Super Sonic, unlockable by completing the acts of Game Land, an additional simulation mode already present in the original chapter that will allow the player to extend their presence within the space playground.

A graphic remix… and sound!

Sonic Colors Ultimate is not only provided with a graphic improvement but also sound, in fact the entire soundtrack is present in a remix version that adds rock to the various songs, in line with the soundtracks of the other titles dedicated to the blue porcupine.

In addition, for the most passionate it is possible to listen to the entire soundtrack directly from the game once the level in which the music track appears is completed, in addition there is the addition of the dubbing in Spanish that makes this title even more accessible than in the past. 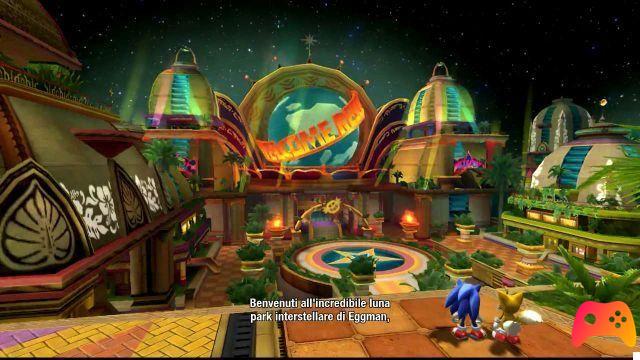 The only oversight we want to point out concerns the cutscenes, which suffer most from the passage of time and that it seems that they have not been worked at all (or redone from scratch): therefore you have the feeling of seeing the videos taken directly from the Nintendo Wii version with a scaled resolution, generating a strong contrast with the rest of the restoration made for the title.

Also, at the moment there is no patch dedicated to next-generation consoles, then Sonic Colors Ultimate will be played in backwards compatibility mode as the available versions are only PlayStation 4, Xbox One, Nintendo Switch and PC. 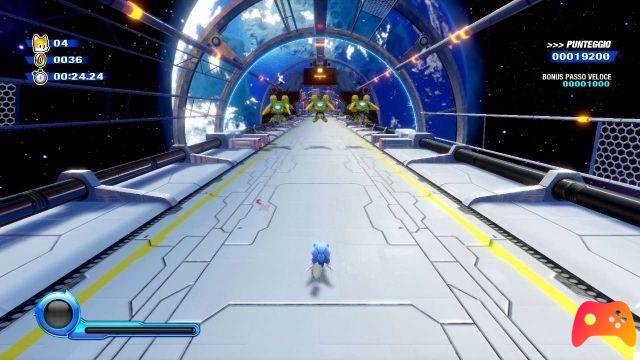 Sonic Colors Ultimate is the perfect opportunity to retrieve one of the best chapters dedicated to the fast blue hedgehog. An excellent restoration of the title allows players old and new to visit the colorful attractions of Eggman's amusement park, while experiencing the powers of the Wisp, aliens that add variety to the classic gameplay of the title. The possibility to play the title up to 4K resolution and to listen to a completely remixed soundtrack, makes this version a must for fans of the series but at the same time the perfect entry point for those who want to experience a Sonic title capable of balancing very well wild racing sections to those 2D platformers.

► Sonic Colors: Ultimate is a Platform-Adventure game developed by Sonic Team Dimps and published by Sega for PC, PlayStation 4, Xbox One, Nintendo Switch, PlayStation 5 and Xbox Series X, the video game was released on 07/09/2021