Through a post posted on Twitter, Nintendo has unveiled new information dedicated to Splatoon 3, an exclusive new chapter Nintendo Switch coming in the course of 2022. Through the post published on Twitter, it turns out that one of the new maps introduced in Splatoon 3 is Scorch Gorge; a particular map that brings the action around a crumbling metal structure, the settings that can be seen in the distance recall those of a desert full of rocky columns.

The Trizooka is a modified version of the special weapon once used in Inkopolis. Its powerful shot fires three blasts at once, and can be fired three times in total each use! pic.twitter.com/aAVh8DWO9C

Among the various information released by Nintendo two new and interesting weapons are discovered: 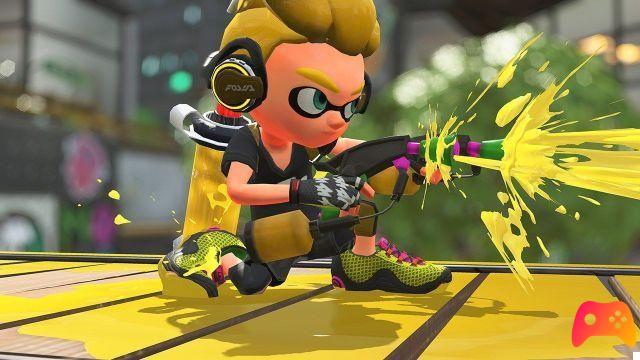 At the moment it is not known the official release date of Splatoon 3, for the moment its release is set for a generic 2022. We invite you to stay on our pages for more information.

Bethesda could have been from Electronic Arts

Tochlight III: here is the trailer "Welcome to the Frontier"

Will Battlefield 6 be developed by DICE?

Add a comment from Splatoon 3, unveiled a map and two new weapons