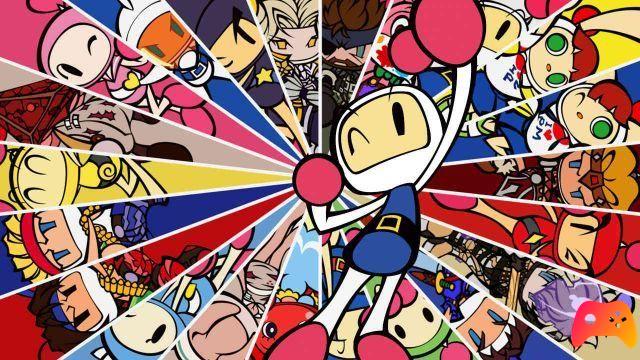 Let's face it: Bomberman is basically the perfect game to convert to Battle Royale. In fact, every aspect contained within the binary code of the game exudes all those elements that have made productions such as Call of Duty: Warzone and Tetris 99 two global successes. And it is not surprising that Konami has decided to follow in the footsteps of these Blockbusters, translating Super Bomberman R into the world of free to play, providing it with a mode capable of hosting up to 64 players at the same time, ready to use any tactic so that their backside is , at the end of the game, the only one left untouched. 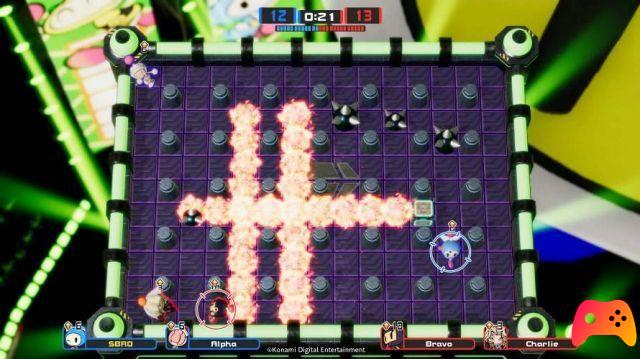 The rhythm is the usual, frenetic and punctuated by the roar of exploded bombs, sometimes calculated kills or simply the result of chance, punctuated by sacrilegious epithets thrown into the air at each passing. During the game against sixty-three other blaspheming souls, the astute user will often be called to abandon the stage where he had learned to release explosives at breakneck speed to move to another section, under penalty of annihilation, a little. 'as happens on the occasion of the narrowing of the area in Fortnite.

Once you have reached the next ring, it will be necessary to wait a few seconds for the fight to begin again: the stage must first be populated by the usual separating walls, which will begin to fall copiously from above. Also in this case, the gamer will be required to pay particular attention not to be surprised by the free-falling boulders. It must be said that this last mechanic, although understandable from a functional point of view to include more players within the same area, could perhaps be implemented differently: even for a few seconds, the action interrupts its flow, leaving the contenders waiting for us to resume fighting, without being able to do anything. 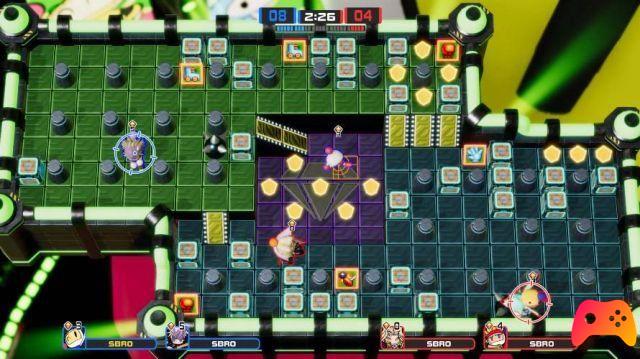 The final product is something enjoyable, all in all, but nothing transcendental or particularly original, a digital creature that uses the pretext of battle royale to deliver itself to the community in a way that is practically the classic survival applied to the mechanics of Bomberman. If from the point of view of mechanics the changes made do not make you cry for a miracle, it is undeniable that the responsiveness of the controls and the absolute lack of lag in the games played are elements that contribute to strengthening the value of a truly timeless work.


The only doubt regarding the usability of the game in the long run is a possible shortage of bombers ready to give it a good reason, even if the cross play (enabled between the Nintendo Switch, PC, PlayStation and Xbox versions) should be able to avoid this danger. 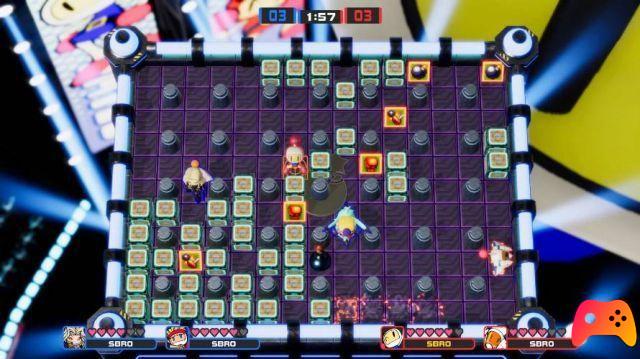 The additional mode of Super Bomberman R Online, which allows you to organize private matches, is armored behind the payment of € 9,99 for a paid DLC that also adds fourteen characters, each with different statistics. As per tradition for a free to play, two types of season passes are immediately available, one for free, the other for a fee: after accumulating experience points that can be accumulated by participating in online games, both will give the opportunity to acquire a good number of collectibles through which to personalize your experience.


And it is also on the editing that Konami has done a good job overall, giving the player a fair amount of aspects through which to customize the aesthetics of your favorite hero at will. While this is certainly not the most important aspect of the game, it should finally be emphasized that, in addition to a good overall cosmetic impact, there is a decidedly interesting audio sector, especially from the point of view of the background melodies, some of which are truly inspired.