Among the most anticipated indie exclusives of this hot summer 2021, The Ascent finally arrives in the hands of owners of Microsoft consoles and PCs with the formula of availability for day one on Xbox Game Pass. The title developed by the young Swedish studio Neon Giant is an interesting one Cyberpunk action RPG, a branch of science fiction that has flourished since last year and fueled by great media attention thanks to the Cyberpunk 2077 case, and which strongly winks at the Hack and Slash genre thus revealing itself, as emerged from the first trailers released, a product that has nothing to be envied by far more noble productions.

The main feature of The Ascent is to develop its gameplay and its narrative implications within an arcology: an imposing multi-level structure configured as a mammoth anthill city. Within this elevated megalopolis controlled by multinationals, our character takes his steps: simple worker owned by the powerful company The Ascent which owns the district and everything in it, including those who reside there. In this scenario, a mysterious chain of events leads, however, to the failure of the powerful The Ascent, putting both the district and the integrity of the arcology itself at risk. From laborer to soldier of fortune, the step is short and so, take up arms, our alter ego will find himself in a power game and will fight to find out what really happened to The Ascent group, while trying to earn money. an ephemeral freedom. 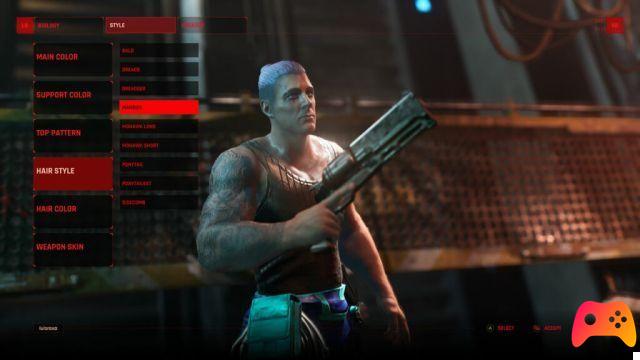 The plot brings out some interesting ideas with some twists scattered here and there, and is enriched by the many contents present in the Codex of our character, thanks to which we will be able to deepen the knowledge of the main characters, of the lore, of the enemies and so on. . To keep us company during our explorations and our assignments we will have an AI that will provide various interesting and useful information, as well as commenting in an ironic way the situations in which we will visit. The many dialogues present in the game, even during the most action phases, on the one hand will have the task of immersing us completely in the plot but, on the other hand, will result in some invasive situations risking to push the player to ignore them or skip them in order to get back into action. . Yes, because as we will see later The Ascent develops a Hack and Slash school gameplay that seems to focus everything on the frenzy and then hide within it several elements of strategy not to be underestimate, and that make fighting really fun and rewarding. 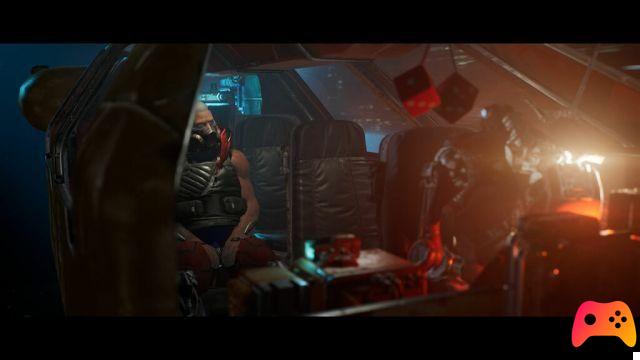 The early game phases of The Ascent bring to mind classic Action RPG titles, thanks to the creation and customization of the character and the great variety of dialogues, and then focus more decisively on exploratory and action phases in Diablo style, with hordes of enemies to face, loot drops, crates and main and side quests. The cyberpunk typicality is emphasized here both in the personalization of the character and in the arsenal that we can use by setting our loadout. The characterization of the character starts from the inevitable corollary of characteristics such as vital energy, aim, sprint, etc. to be then completed by the choice of cybernetic improvements implanted in its body and the various plug-in modules. The former will allow us to recall, for example, allied droids or to exploit increased physical abilities such as leaps or the emission of powerful laser beams, while the modules will be able to improve physical abilities, the assimilation of energy or, in general, the hp of our character. 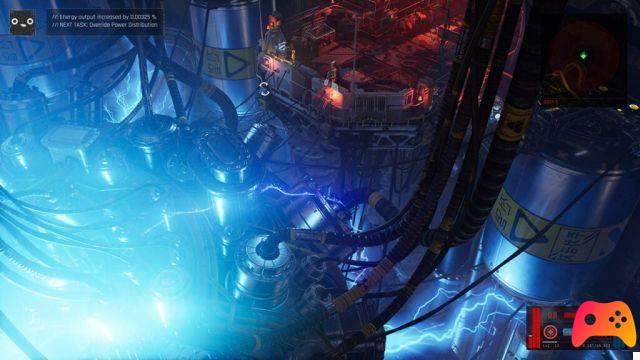 In addition to weapons, the section relating to equipment is completed with protective accessories divided into head (usually helmets, visors and the like), body and legs (robotic leggings included). Our "wardrobe", characterized by the classic chromatic subdivision based on the rarity of the object, will be expandable thanks to the loot released by the enemies, the rewards through quests or chests and, of course, thanks to shopping in the various shops scattered in the different sections of the game . During the frequent and frenetic battles against humanoid, alien or robotic enemies it will be appropriate to vary from time to time protections, modules and improvements but above all the type of weapons equipped. An example, in this sense, is represented by the weapons equipped with laser pulses that will be much more effective against the droids. 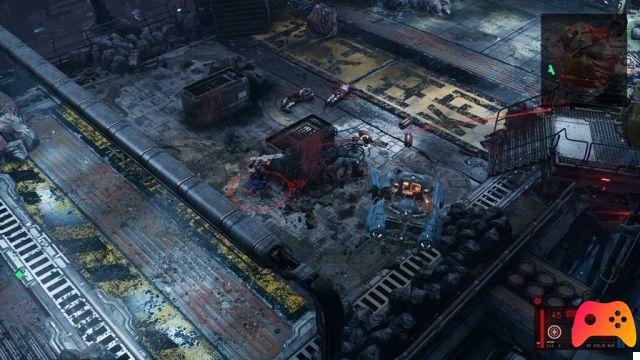 The Ascent is characterized by the presence of 12 main missions, each of which divided into various steps, but it is worth noting the presence of many secondary missions - which can be activated during our wanderings in the various districts of the arcology, talking with certain NPCs - all varied and fun. The general gameplay of the title is a successful mix of action, exploratory and narrative phases but The most valuable element of The Ascent undoubtedly concerns the shooter component. Thanks to the various customizations of our alter ego it will be possible to clearly vary the approach to fights, which are characterized by the various planes of aim. Indeed among the features of the Neon Giant work there is a valid coverage system that allows you to aim at different levels of height depending on the size of the enemy or whether he too is behind cover. 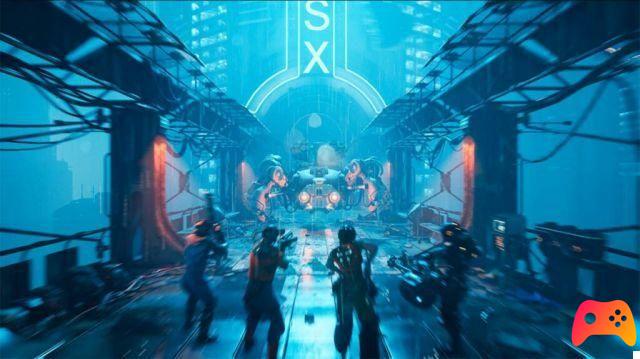 The enemies will vary, in addition to race or type, also in size and level, to culminate with boss fights in which we will face particularly tough thugs. The boss fights, but in general the shooter phases, prove to be damn challenging and damn fun thanks to the hordes of enemies who will rush to support their "leader" several times. It will therefore not be unlikely to die to start over from the last available checkpoint and subsequently evaluate whether to adopt a different strategy and equipment or retrace your steps to level thanks to classic farming. 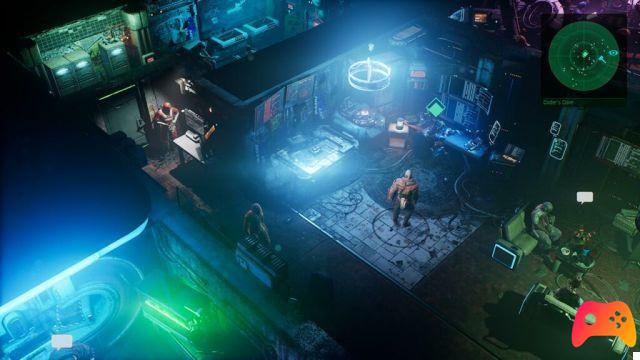 The single player campaign, as we said, consists of only 12 main missions but, thanks to the general difficulty of the title, longevity stands at good levels and will require several hours of play to complete all accessory quests. Instead, the multiplayer component makes the title particularly replayable thanks to its co-op mode, both online and locally for up to four players. In this sense it will be possible to create and save different characters, a bit like it happens in the various Diablo, to be recalled while you host a game with your friends or when you participate in a game hosted by other players.

As for the technical aspects of the title, the Unreal Engine 4 still behaves very well and has been skilfully optimized by Neon Giant to make the most of the peculiarities of Xbox Series X. There are no slowdowns on the screen despite the massive presence of enemies, NPCs and props (interactive and not). Likewise, the explosions, both during live situations and during scripted events, are fluid, visually satisfying and decidedly spectacular. The only flaws are noticed due to some loading too much and for some less refined textures, especially during game movies (basically all made with the game's graphics engine) or in some close-up shots. 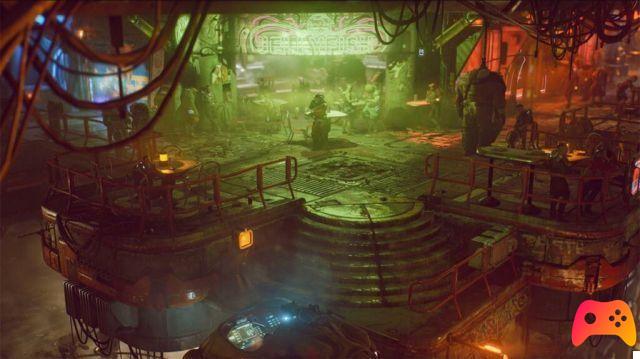 For the rest, we are faced with a great deal of diversification of scenarios that at first sight could be all too similar to each other. Instead, moving between the various levels of the arcology of The Ascent it will be possible to be amazed by the many details and details included. And the sound sector? Discreet, effective and with an excellent dubbing but lacking a more epic soundtrack and with evocative songs: certainly the pseudo techno melodies go well with the general mood of the title, but they cannot guarantee total and satisfying immersion, and they come too much often overshadowed by the sound of gunfire and explosions. 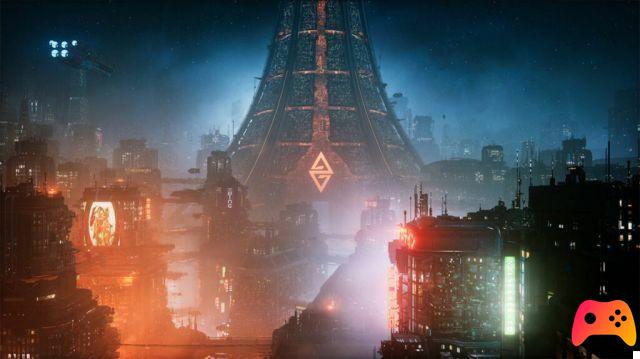 The Ascent is a very successful indie title that will capture fans of Action RPGs, and certainly of Hack and Slash, thanks to that feeling of being in a Diablo in a cyberpunk key. But the work of Neon Giant is not limited to remembering other titles: we are in fact faced with a varied and well-studied shooter setting gameplay thanks to the excellent system of shelters, the customization of the character and the ability to face the enemy hordes. and the bosses by varying their style on the basis of futuristic grafts and modules. Without a doubt we could be facing the starting point of a new franchise, but today we can say that the arcology of The Ascent is a world to be explored and able to offer several hours of challenging and pure videogame fun.

► The Ascent is an RPG-Adventure-indie game developed and published by Scary Curve Digital for PC, Xbox One and Xbox Series X, the video game was released on 29/07/2021