After having enchanted the audience of PlayStation 4 and Nintendo Switch, NIS America carries Void Terrarium also on the latest generation Sony console. Void tRrLM (); ++ // Void Terrarium ++ is in fact the Deluxe version for PlayStation 5 of the adventure with a fabulous and post apocalyptic cut by the Japanese developers. A group, that of Nippon Ichi, renowned for its original products (for example the authors of the Disgaea series) that this time has chosen the path - underground - of a composite experience on various levels and references. Net of some stumbling blocks and design elements not properly in focus, the new edition manages to worthily complete the previously thought-out game formula.

With a few more welcome arrows to its range of contents, now the authors are addressing both those who trusted them in their first debut, and above all those who want to be accompanied for the first time on this journey tailored to small robotic survivors and humans. 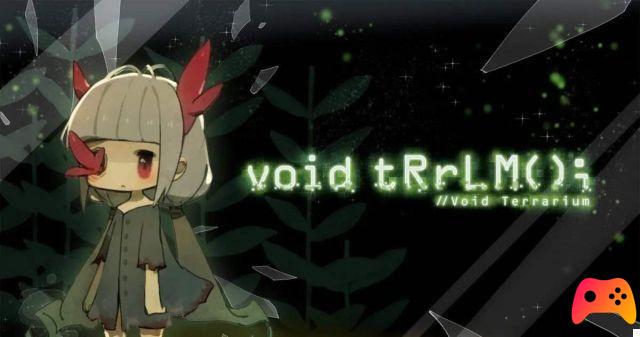 Once upon a time there was the last hope

Despite its simplicity, the imagery of Void Terrarium manages to fascinate the player on the whole, just as the mouse that kicks off the scenes explores with interest what surrounds him until he is engulfed by a sort of exoskeleton. We thus find ourselves in the role of Robbie, a minute robot wandering in a landscape placed under the surface along an irregular path of unidentifiable remains. The Earth as we know it is nothing more than a vague memory of some memory chip, suffocated by a fungal pandemic such as to unleash a chain reaction of devastating, dramatic events. Mankind is on the verge of extinction and for the few living or mechanical beings left, the countdown seems to be nearing the end. Yet, the curiosity of the silent protagonist could ignite a first, timid fuse of hope for the whole world.

It only takes a few steps for Robbie to first encounter an injured, sleeping child, then FactoryAI, an artificial intelligence embedded in the ground with the entire monitor where he projects his digital facial expressions. The cybernetic duo immediately tightens an emotional bond with the little one, moved by an instinctive need to protect her, to save her. A source of crucial information on the history of the planet and a protective friend, AI instructs our alter ego to enter unprotected areas in search of resources and at the same time to medicate the child. Partly unnecessarily long-winded and devoid of really surprising ideas, the narration proceeds in small steps dictated by our actions and by the interlude dialogues. To enhance this component of Void Terrarium are rather the sweetness with which a tragic story of mass extinction is told and the delicacy of the parties involved. All embellished with a setting made of soft edges, close to the dreamlike sphere. 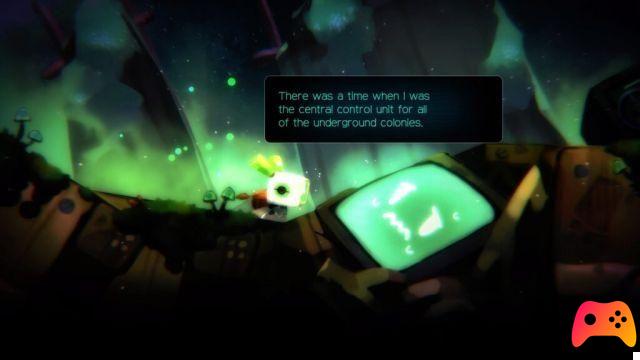 Descent into the basement

The purely playful component of Void Terrarium is divided into two distinct sections. On the one hand, the central hub in 2D, a refreshment point, a dialogue with our ally and a base to prepare us for expeditions. On the other - or rather from below - the combat areas stand out, suffocating dungeons made up of several floors and corridors. Basic in level design yet effective for the purpose, going ahead means dealing with rooms and tunnels that follow the procedural styles, varying above all in the positioning of enemies, objects and in the direction to take to advance to the next layer.


The taciturn Robbie will not be able to refrain from taking to the open field, since it is only in this maze that he will be able to find raw materials to be transformed into useful materials such as medicines and more. Doing so means arming yourself not only with resources, but also with a Survival strategy: the time inside the dungeons is in fact marked by the battery of the exoskeleton, after which we will be sent back to the base. For this, it will be essential to find and take advantage of the recovery batteries scattered around the game world. 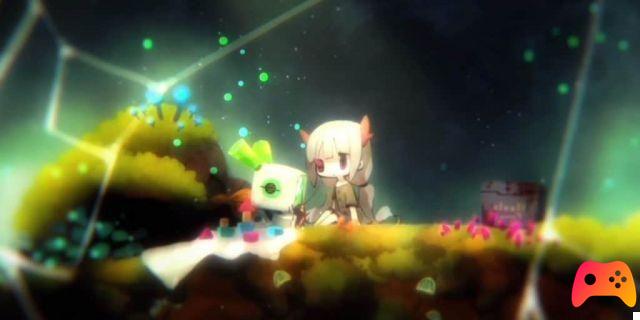 The protagonist's path is also blocked by numerous robotic opponents with whom to engage in fights in real time. It must be borne in mind that the movements are not dynamic and flexible, but rigidly follow the x and y axes through a sort of turn-based system with the enemies themselves. It is clear that not only the timing, but also the positioning just before a battle can result in a heavy advantage or disadvantage. To beat them we have a basic attack button, to which special powers are gradually added - which can only be used in the current game - advancing from level to level. The recharge time required to use them, combined with a lack of variety in the gameplay solutions, however, make the fights repetitive in the short term. A flatness that turns into monotony and never blossoms into something more stratified, remaining stable on a difficulty that is at times artificially high.


The landing on the new Sony flagship saw the arrival of some game items, such as original clothes and hairstyles for Toriko, as well as the inclusion of new diseases and the possibility of playing with her as Robbie. In short, these are goodies designed to enhance interactions with the little survivor, without however actually raising the quality of the game compared to the PlayStation 4 and Nintendo Switch version. 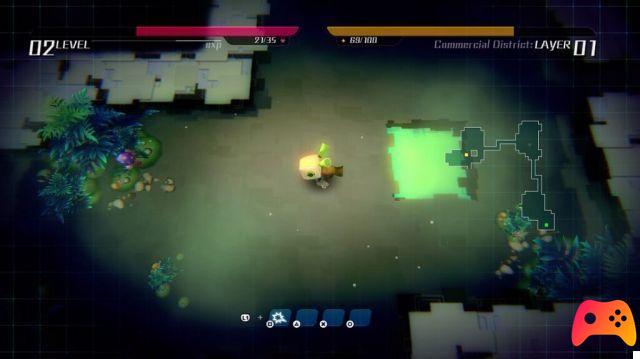 If the plot of Void Terrarrium intrigues, it is the art direction that attracts in the first instance. NIS America has composed a fable with the dramatic connotations of a fungal apocalypse. This translates into a dirty world, rather empty and at the same time characterized by a veil that refers to the dream dimension. To enrich it, we find a pleasant soundtrack and in line with the taciturn as well as precarious settings visited.

The PlayStation 5 edition stands out, as mentioned, especially in terms of content. On the technical side, the work of the Japanese team benefits from the SSD seeing almost completely zero loading times, while we have not found specific support for the peculiarities of DualSense.

Void tRrLM (); ++ // Void Terrarium ++ returns to the market with a Deluxe version designed for PlayStation 5. The trio of protagonists who survived the fungal catastrophe that almost extinguished humanity and reduced the Earth to a pile of rubble is back in forfeiture. His fable-like imagery stained with dark traits of a dramatic post-apocalypse is back and his gameplay made up of procedural dungeons, crafting and care of the protagonist child. The game accessories introduced by this edition could leave indifferent those who have already crossed its environments, while they could convince the undecided or the curious to give a chance to the latest work of NIS America.