WRC 10 is the “new” chapter of KT Racing and published by Nacon officially licensed by the World Rally Championship. If you are wondering why we put it in quotation marks, we will explain it to you immediately: every time we find a game that comes out every year in our hands, the mood is always the same: "Oh no, again". Sometimes the devs deny us by churning out a title that really deserves to be well analyzed and tested, other times… no. And, unfortunately, WRC 10 falls into the second case.

This year marks the XNUMXth anniversary of the creation of the World Rally Championship, and the developers took the opportunity to add a historical modality to revive the rallies that have become the legend of the discipline. You can drive the splendid Lancia Stratos by Sandro Munari Toyota Celica Gt4 di Carlos Sainz and many others. Seven chapters as iconic as the mythical Rally of the Acropolis, Safari Rally or the beautiful Rally of Sanremo. As for the new tracks, we find the four new stages of the 2021 calendar: Belgium (Ypres), Croatia, Estonia and Spain (Catalonia). There are so many car models reproduced, divided by categories: WRC - WRC2 - WRC3 - ​​Junior WRC - Legends and Bonus. 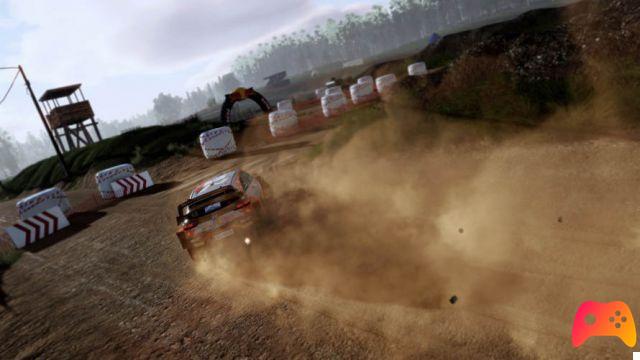 WRC 10 is not a simulation title. Let's not turn around and let's not gild the pill. If you have a steering wheel, leave it aside because the game does not convey anything to you in terms of emotions or sensations. And this, frankly, in 2021 speaking of the official game of the World Rally Championship is absolutely unacceptable. The driving model is identical to that of last year: the differences between one surface and the other are totally the prerogative of the DualSense feedback, a true calibrated driving model is not perceived. Secondly, choosing one car over another is practically a simple aesthetic quirk. Under this point of view, future improvements will have to be decisive and evident, because we really are not there. The implementation with the PlayStation 5's Dualsense is really interesting and helps to feel the car better, but it is really amazing that a pad can give more sensitivity than a steering wheel and pedal board.

For the rest, the methods are always the same: Career, where we will have to learn how to manage our rally team with all the annexes and connected, while if you simply want to play the role of a driver within the WRC championship, just select the mode Season. In addition to the historical events presented above, "Quick Match”Allows you to run a single event without having to do the whole championship. The most complete mode is the Career, where there are so many management aspects and, the livery editor, allows you to give that extra touch of customization that never hurts.

In general, it's not that the title isn't funny, but the feeling is that yet another heated soup which, inevitably, tired. From a gameplay point of view it's basically all guys, there is nothing new and we are also very sorry. We can give all the mitigating circumstances of the case, starting with the cross-gen, but in the fiftieth anniversary of the WRC it was legitimate to really expect something more. 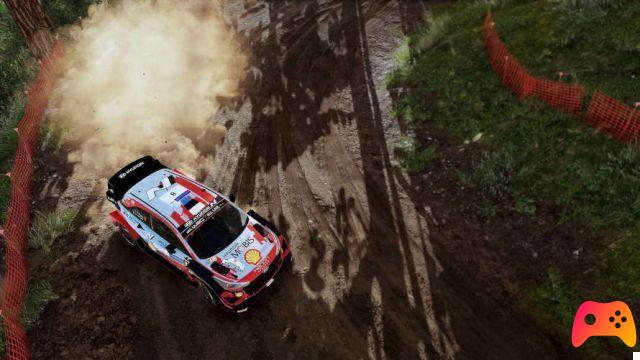 Let's continue with the painful notes: WRC 10 re-presents the long-standing problems that afflict the series: the graphics are now dated, except on next-gen where the creation of elements such as puddles and reflections during the night stages help immersion, but it is really too little. The car models are well done, even if the visual damage is really bad. The problems inherent in the appearance of artifacts and elements of the setting as one runs along the route of a special stage are now chronic. Finding a trunk or a plant that you hadn't seen but that magically appears inside a curve and throws the car up in the air is definitely nerve-wracking. From this point of view, we hope that for the next chapter something more can be done. The audio is sufficient, there is not a big difference between the various car models, to the detriment of realism.


The multiplayer mode is similar to that of the previous chapter. The servers turned out to be stable and without uncertainty. In this it is a title that offers many hours of fun with friends, so if in view of the winter season you want to challenge yourself on snow and mud, you can do it safely and without any problem. In addition to the classic online games, the local mode with split screen is also available and, daily, there are challenge events to try your hand at. 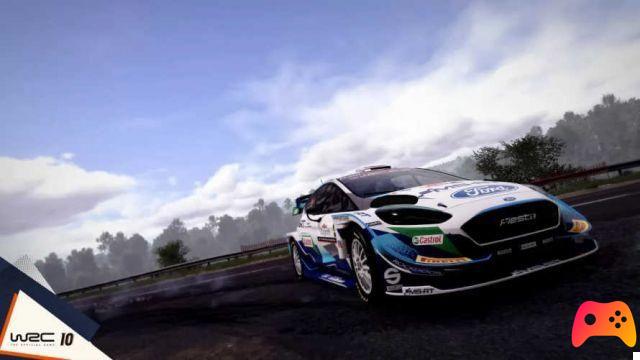 WRC 10 is yet another title affected by the (unfortunately) famous “cosmetic effect”. Few, very few improvements compared to WRC 9, the exact same problems and a lot of bitterness in the mouth for a missed opportunity. We will never tire of saying it: it makes little sense to make a new title every year, if then expectations are not met in this way. Buy it only if you are really passionate about rallying and collect every title on the discipline. If not, you can safely leave it on the shelf.

► WRC 10 is a racing-Simulation-Sport game for PC, PlayStation 4, Xbox One, Nintendo Switch, PlayStation 5 and Xbox Series X, the video game was released on 02/09/2021

The Legend of Heroes: Trails of Cold Steel II - Review

Scott Pilgrim vs. The World: The Game - Review