Review by Castlevania Advance Collection. Game for PC, PlayStation 4, Xbox One and Nintendo Switch, the video game was released on 23/09/2021 The version for Xbox One came out on 24/09/2021

It seems that by now the re-release of titles of the past is an important trend for Konamie honestly we can only rejoice, considering that however its recent productions are not exactly making fireworks. That of Castlevania, with its important history and prolificacy, is the perfect franchise to re-propose both to nostalgic fans and to players of the new generations, who in recent years have seen a return in vogue of the metroidvania genre thanks to the various Hollow Knights, Ori etc. not forgetting the upcoming Metroid Dread.

After the Requiem diptych and the Anniversary Collection, the Castlevania Advance Collection has recently arrived, which collects: Circle of the Moon, Harmony of Dissonance e Aria of Sorrow, the three titles released for the Game Boy Advance between 2001 and 2003, as well as Vampire’s Kiss as a "guest" title.

While the Anniversary Collection includes more titles, of which few, however, are still attractive to the general public, Castlevania Advance Collection contains three of the most valid chapters of the saga. Don't be fooled by the fact that these are games for an old portable console, the triptych released for GBA absolutely deserves to be played by any metroidvania lover.

Under normal conditions, anyone wishing to recover these securities would have to face the absurd prices at which they are resold on the second-hand market. Now at the advantageous price of € 19,99 you can get your hands on three games of a certain age, but still very valid. 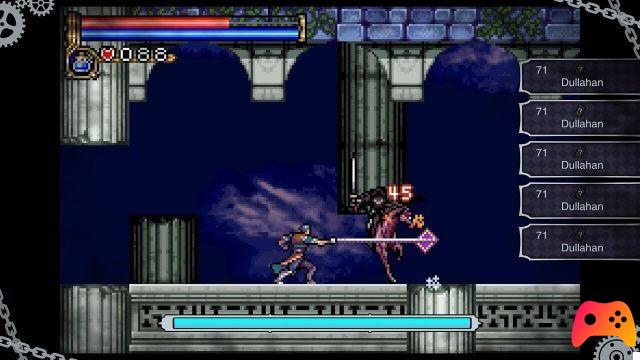 Castlevania: Circle of the Moon it was the chapter that directly inherited the DNA of the “evolved” series from Symphony of the Night. The protagonist Nathan is a vampire hunter but he also has some interesting magical talents, in particular he can combine special cards (obtained by defeating enemies) that provide various upgrades and passive abilities. A fairly effective system that pushes you to look for as many as possible to increase the customization possibilities of your build. The only discordant note of the game concerns a non-optimal difficulty curve, with a perceptible peak in particular towards the middle of the adventure that leads to grinding to adapt.

Harmony of Dissonance Konami proved to have taken note of the complaints of the previous chapter (too dark for a non-backlit GBA) by using a much brighter (sometimes too much) color palette and a wider variety of settings. The protagonist Juste Belmont is more agile and fluid to control, as well as having a sizable repertoire of skills and magic.

Aria of Sorrow it is certainly the most balanced and solid of the triptych, both visually and for the gameplay. The new protagonist Soma Cruz can count on the ability to absorb the souls of slain enemies and use their abilities, and this leads to an interesting and open to experimentation style of play, which fits in with the excellent level design of the castle. Even the story, set in 2035, is more interesting than usual, considering the average of the saga, so much so that it later led to the direct sequel Dawn of Sorrow for the Nintendo DS. Aria of Sorrow is still considered one of the best Castlevanias on the market today and without exaggerating it would be worth the price of the Advance Collection alone. 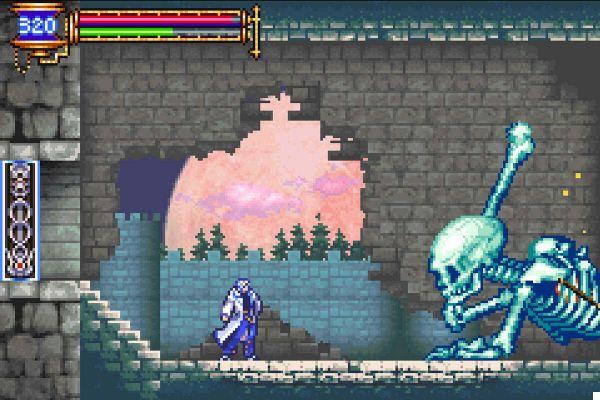 Vampire’s Kiss (also known as Dracula X) could loosely be referred to as a downgrade for Rondo of Blood's SNES. Compared to the original released for PC Engine there is no comparison in terms of gameplay and level design, but to be a SNES game it defends itself surprisingly well thanks to the excellent soundtrack and the optimal management of the graphics potential of the Nintendo console. However, it is a Castlevania of the side-scrolling action genre, from the pre-metroidvania era, therefore, and with a rather merciless level of difficulty, complete with a hateful backward leap when hit. It can be a good diversion to "detach" from the style of the other three titles, but only if you consider yourself persistent enough.

While clearly the least solid title in Castlevania Advance Collection, Vampire's Kiss should be considered more of a bonus than anything else. Its inclusion seems a bit like a patch for Switch and Xbox users who can't access Castlevania Requiem, as it seems it will remain a PS4 exclusive (it seems Sony was closely connected to its development) and Vampire's Kiss is what it is. as close as possible to Rondo of Blood. 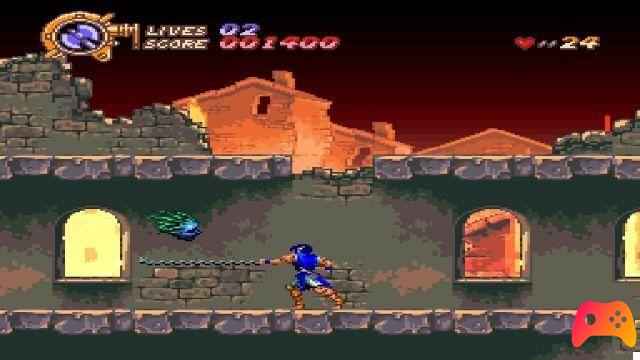 The conversion of the games has been entrusted - as is now customary - to the M2 team, which in addition to having done an excellent job of transposition, it has added several features and welcome contents. We can view an image gallery with chapter artwork, as well as scans of game manuals. There is also a music section where you can listen to all the soundtrack tracks and even create custom playlists. In addition, for each title, an encyclopedia has been added that illustrates various characteristics of equipment and objects present in the respective games.


From the main menu you can even choose which version of the games we want to play: JP, USA or PAL. During the games we can access various very useful options: from the quick save with 10 available slots, to the possibility of recording and reviewing parts of our game session, up to the rewinding of time with a simple combination of keys, excellent for correcting an error in rush or quickly retry to defeat a boss.

Obviously there is no lack of different viewing possibilities: normal, pixel perfect and horizontally stretched to adapt to the resolution of 16: 9. The classic graphic filter that simulates the cathode ray tube effect has also been added to Vampire's Kiss. Finally, a very welcome addition: the ability to customize the controls on the pad. 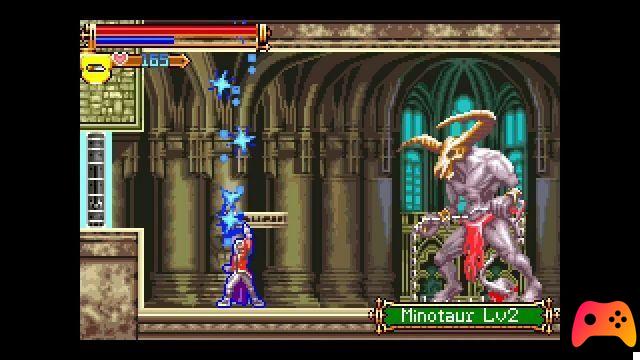 Unlike the Anniversary Collection, this time around M2 has really included everything you could possibly want from a retrogame compilation. Clearly Castlevania Advance Collection is aimed at those who will be able to turn a blind eye to the graphics of games of about 20 years ago to rediscover the solid chapters of the successful Konami series that will engage you for several hours of capillary exploration and thrilling combat. If you have the chance, we highly recommend the Nintendo Switch version (we have tried it ourselves), which is his death for games of this type.

► Castlevania Advance Collection is a Platform-Adventure game developed and published by Konami for PC, PlayStation 4, Xbox One and Nintendo Switch, the video game was released on 23/09/2021 The version for Xbox One came out on 24/09/2021

How to connect mouse and keyboard to PS5 - Guide ❯