NEO The World Ends With You is an extremely interesting title, in which however a lot can go wrong, let's see how the demo behaves!

NEO: The World Ends With You is one of the most interesting projects scheduled for release in the near future. Announced out of nowhere after more than a decade from the first chapter, the title was immediately scheduled for an release a few months after the announcement and with a completely different structure from the first The World Ends With You. These are potential symptoms of a project that the publisher himself doesn't seem to believe that much. However, the details covered in our preview caught our attention. With the demo available right now on Nintendo Switch e PlayStation 5 instead, Neo The World Ends With You has definitely won us over.

Let's take a closer look at this new project from Square Enix, which has never seemed so promising to us as it is now! 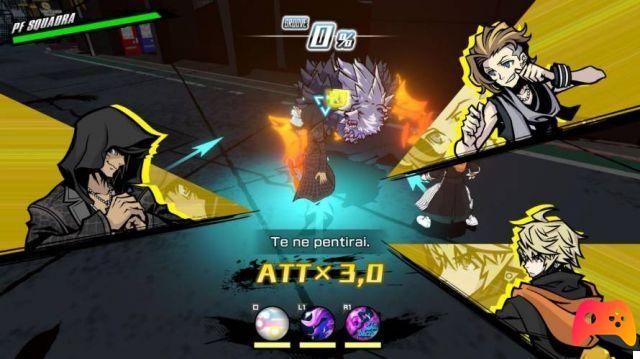 The main point of doubt we had regarding NEO: The World Ends With You arises from the nature of the first chapter. Excluding the various, mediocre, porting to other devices, The World Ends With You had the greatest strength in its nature as a Nintendo DS game. For the uninitiated, the gameplay was split between the two screens of the console and two characters were controlled at the same time. No other version has ever managed to capture the magic of that formula, however NEO The World Ends With You interprets the same concept differently.

In the new game we will control 3 characters, in the future we also assume 4, each of which will be able to use the power of a pin (the spells of TWEWY). However, the player will only control them one at a time, changing from character to character whenever the attack changes. This allows you to dodge and manage the battle with much more clarity than what happened in Final Remix. However, if this were the only element of NEO's combat, then the gameplay would not have particularly pleased us. 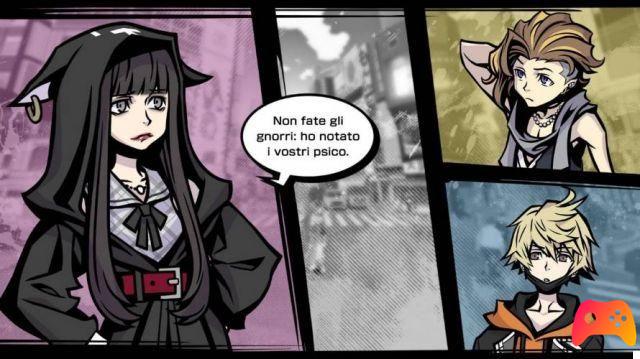 Fortunately, the developers had another brilliant idea. Hitting the enemies you will often see the "Groove" cursor, when this appears you will have to hit that enemy before it disappears, but using a different character from the one that caused the appearance of the Groove. Doing so accumulates a percentage which, by touching 100, triggers various special moves that vary from the pin and the character used. Not only does this mechanic make combat fast and fun, creating a satisfying rhythm at the discounts, but we appreciate how it is conceptually integrated with TWEWY's aesthetic and musical style.

Having overcome this huge stumbling block, for NEO The World Ends With You it's all downhill to convince us within the limits of a demo. The narrative premise is interesting and we can honestly say how we clearly prefer Rindo to Neku as the protagonist. The characters for now retain their often very silly eccentricity that also characterizes the first chapter and have the potential to be as memorable as their predecessors. 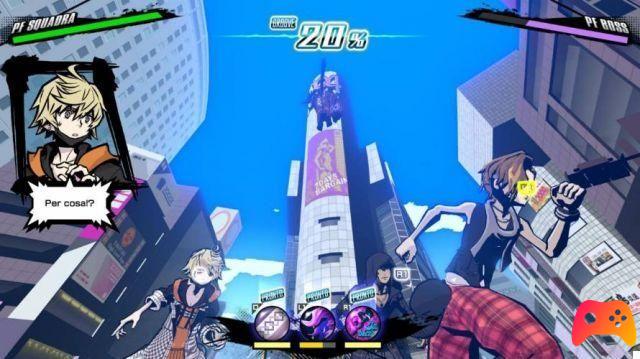 Aesthetically, the game is a spectacle. The story is told through videos and 2D slides with the artwork of the characters talking to each other, based on the scene. The graffiti style of the game and the quality of the two-dimensional drawings make these second sections much more interesting than the first in our opinion. Videos are welcome and well crafted, but the graphics engine isn't astonishing and looks very much the bare minimum so as not to harm the outstanding overall aesthetic. This is our main problem with NEO The WorldEnds With You for now, graphically it's not amazing.

Unfortunately we cannot wish for the moon from this point of view, also considering the release on Switch, which is now showing its years, but a little more could still be done. 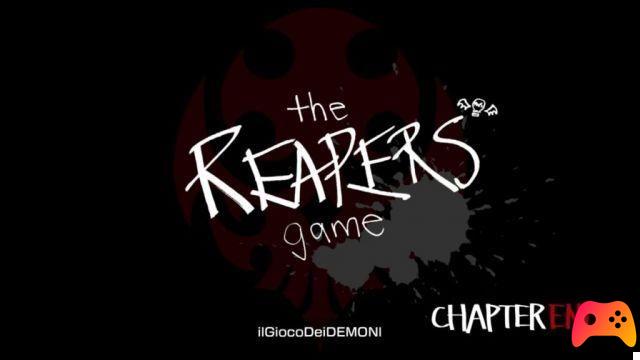 Musically, the game is fantastic, albeit too dependent on remixing the first title so far. We reserve the right to sum up the music for when we face the review, as for now we are torn. We appreciate the “emo rock” drift of the tracks, but many of TWEWY's OSTs don't quite fit the new genre.

We'd love to hear many more original NEO songs like the ones featured in the preview available on the official website.

NEO The World Ends With You is now one of the titles that we look forward to most impatiently in this 2021. The demo convinced us almost 100% thanks to a very fun gameplay and characters who manage to be liked right away. We reserve the right to comment on graphics and music for when we can play the full title, but at the moment the sensations are very positive.

NEO The World Ends With You - New Previews ❯

NBA 2K21 - The demo and the most important news

Add a comment from NEO The World Ends With You - Tested