Who I am
Lluis Enric Mayans
@lluisenricmayans
Objections and murders in the times of the XIXth century.

If you have failed to browse the procedural register like obsessed in search of the right clue to contradict a lying witness, you are in the right place. Capcom's lawyers are about to return next July 27th and we were invited to try a selection of cases first hand di The Great Ace Attorney Chronicles.

If you scream out loud "Objection!" does not remind you of the glorious trials and bizarre investigations of the Gyakuten Saiban saga, it is more than understandable. After all, the last chapter of the saga saw its release on European soil in 2016, where legendary attorney Phoenix Wright defended his latest client in the case series in Phoenix Wright: Ace Attorney - Spirit of Justice.

Shu Takumi and his team did not stop at writing and staging murder cases, however, all to be solved. Just in 2015 created a spin off / prequel titled The Great Ace Attorney: Adventures, which gave birth to a direct sequel, Resolve, in 2017. Unfortunately, both titles have been relegated to Japanese soil, at least until now. 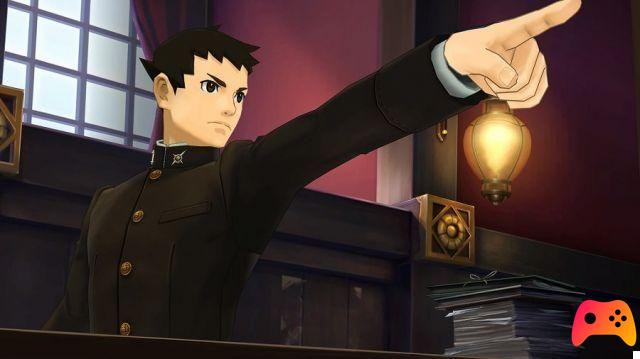 On July 27th we will be able to enjoy both unpublished titles, offered in a single formula, in a package called: The Great Ace Attorney Chronicles. Chronicles is a blast from the past: we are far from the modern technologies of investigation proposed in the series of original graphic novels and we will have to be content with much more modest means of investigation. The game is indeed set in the XNUMXth century and follows the story of Naruhodo Ryunosuke, a young Japanese lawyer who will soon find himself traveling to Victorian London in order to unravel the skeins of complex murders that took place in the city.

The selection of cases that was proposed to us by Capcom for this preview of The Great Ace Attorney Chronicles has seen us presiding over Japanese and English courtrooms, between gags and grotesque headaches, up to corroborating the little witty deductions of Herlock Sholmes himself (yes, just him). The first case, set in Japan, was neither more nor less than a guided tutorial, designed to familiarize newbies with the basic mechanics of the series. Its introductory nature and the uninspiring case they struggled to get excited, although the fictional gimmick of having to defend ourselves against murder charges was a very apt intuition. 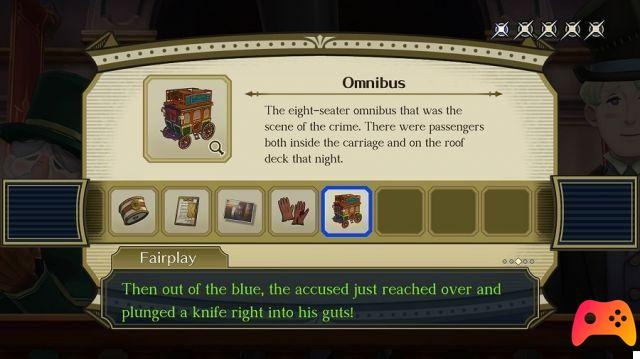 With the first case over, we were thrown into the complex London political orchestrations, called to defend a shady loan shark belonging to the city's high society from murder charges (third case). The entire investigation proposes us to solve the mystery of the crime that took place inside a moving carriage and, as always, we will have to question and mislead witnesses and opposing attorney.

The main novelty we have experienced firsthand concerns the jury. Never appeared in the previous chapters and that instead will be fundamental in order to wrest from the judge the coveted verdict of not guilty for our client. To grab the juror's opinion, it will be enough to connect his statement with another that contradicts it, simple and decidedly effective. 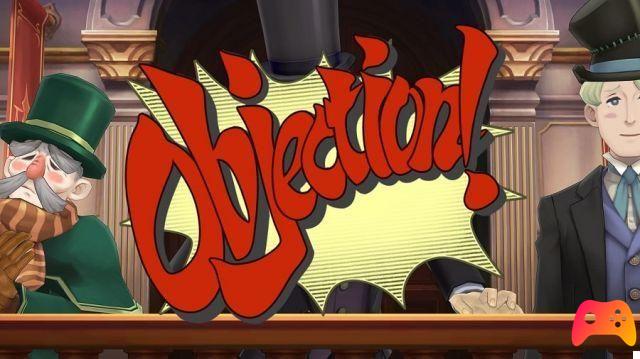 The Ace Attorney saga has accustomed us to experience an interval between the various phases of a process, called to explore the crime scenes in order to acquire valuable evidence to be used in the next phase set in the courtroom and to speak with suspects and witnesses. To experience this exquisite duality of Capcom's graphic novel, we will have to wait for the fourth trial. It is precisely in this phase that (as regards the cases shown to us by Capcom) we will meet Herlock Sholmes and his young assistant.

Unfortunately, as tested during our test, Detective Herlock Sholmes is not only nominally the bad copy of his literary counterpart, but with its unconvincing humor - and the large amount of text dedicated to it - it was decidedly out of place. The character is saved in its entirety only by his young assistant, with whom he manages to formulate an all in all functional diegetic couple. 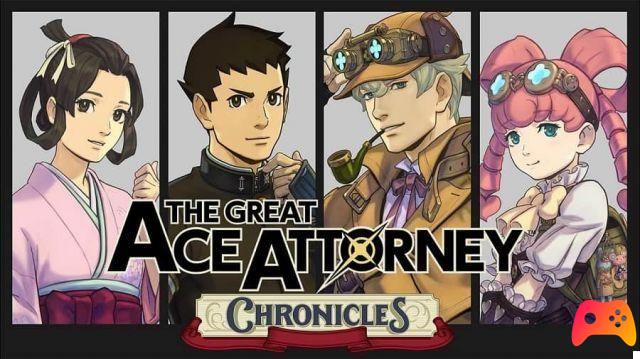 The general impression is that of finding ourselves in front of a simplified version of the Ace Attorney series, where the cases seem to be common threads aimed at narrating the plot and the development of the characters, while in the previous installations of the saga it was quite the opposite. The single case was the protagonist of the adventure, with characters and supporting actors able both to act as a narrative frame and to give a pleasant sense of continuity, to the point of becoming icons. In any case, we can't wait to dissect both titles and offer you our review in the coming weeks.

add a comment of The Great Ace Attorney: Chronicles - Preview