Review for Poison Control. Game for PlayStation 4 and Nintendo Switch, the video game was released on 16/04/2021

Everyone has their own hell: in this sentence we could summarize the journey within Poison Control, signed role-playing video game Nippon Ichi Software and coming to consoles soon PlayStation 4 and Nintendo Switch. The RPG of NIS America it proposes in fact to transport every player inside a “world beyond”, forcing him to face the feelings - worst and best - that characterize the human being, in an attempt to help him through a real purification. Will the game mechanics have succeeded in conveying the message? 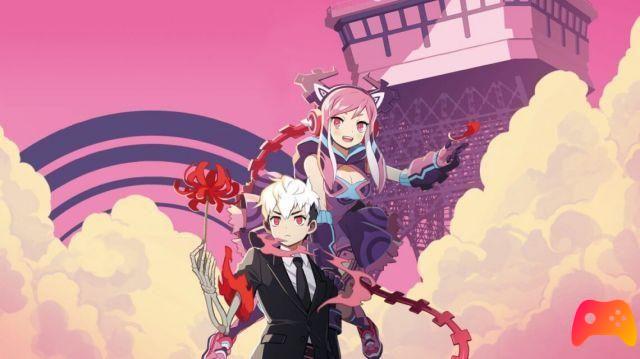 Before leaving for this hellish path, a “thorny” topic must be faced, namely the plot. From a narrative point of view, in fact, the role-playing video game begins in the worst possible way: upon awakening the protagonist, without memories or awareness of what surrounds him, finds himself in an environment with dystopian and unknown tones, where he is soon attacked by a being. eager to vent his hatred. The latter we will soon discover to be a Klesha, or a creature born from human feelings and capable of assuming different appearances based on the type of emotion and the situation that generated it.

The first monster, however, does not remain such. Shortly after the attack on our unfortunate character a real union between the two takes place, with a corresponding generation of two "soul mates", that is, sharing the same body, in this case a mortal and a Klesha. Our guest thus abandons her own monstrous features to replace them with features and details from the pure Japanese anime style which, although hyper-colored, can only immediately inspire sympathy. 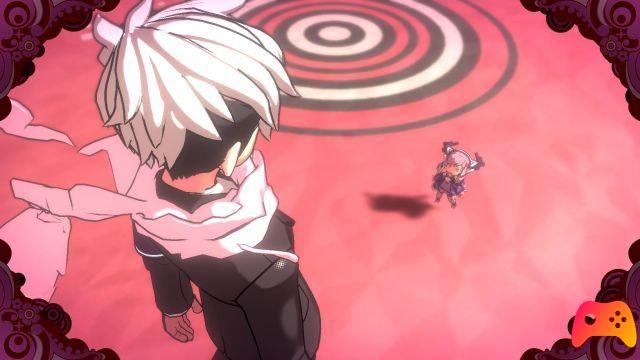 A few game sequences are enough, combined with the chats with the little helper to discover the absurd reality: in Poison Control we take on the role of a mortal charged with purifying the various hells of the Belle, or mortal girls whose strong - and negative - emotions experienced led to the generation of these environments made of anger, sadness, disappointment and loss. Given these premises, however, any player might ask himself: "okay purifying the Hell of another living being to bring him back on track is definitely a good deed, but what do I gain?" Our little helper, who being the soul of a Klesha in union of forces with a mortal is called Poisonette, explains how every purification allows us to obtain a sticker: once you have collected five stickers it will be possible to obtain a ticket to heaven, united to the possibility of making a wish!

From the game hub of Poison Control it will be possible to select the various missions, each representing the story of a Belle whose emotions led to the birth of hell. In this sense, the strength of the role-playing video game lies precisely in the connection between the feelings and events of the Beauties and the type of infernal environment - and corresponding Klesha - present within them. 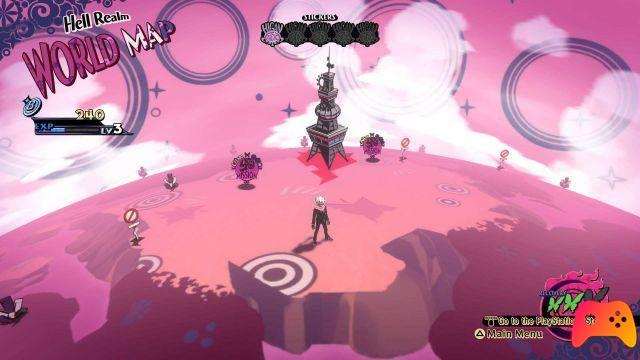 Each mission will in fact represent not only an attempt to obtain the sticker necessary to reach the much desired Paradise, but also a a real journey into the darkest feelings of the human soul. The latter will manifest themselves in gradually different monstrosities, as well as in different ways in order to purify the game environment. Fundamental in this path of redemption of poor Belle will be our faithful Poisonette, who will be able to "borrow" our body with a special command to eliminate the muddy spots present in every Hell, thus allowing us to obtain points, advantages, ammunition and, to times, useful treasures.

Let's take a step back: I just talked about ammunition. Yes, the best way to deal with the monstrous personifications of the negative emotions of every Belle lies in fact in shooting him with the appropriate charges, sometimes even trying to hit specific nuclei and made evident by their color / position. Proceeding in the adventure we will understand how these ammunition are not infinite and must therefore be used carefully, but not only: we will in fact be able to obtain new ones gradually, thanks to the purification of Klesha more and more powerful and dark. 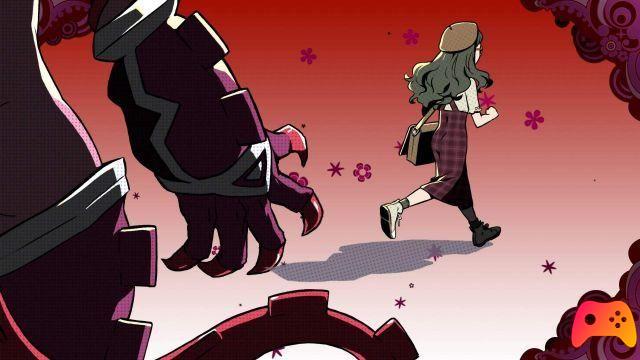 Poison Control therefore sinks its claws into a binomial core loop which, thanks to the continuous alternation of combat of variable enemies and purification of patches on always different terrains, tends not to easily bore and arouse curiosity in the player. Mechanism that ends up having the opposite effect is, however, Higan Radio. In fact, from time to time, the two presenters of a radio broadcast will communicate the arrival of a new Belle to us who, in addition to reading some details about the girl and her personal Inferno, will try with an almost banal comedy and conversations too - just too - long to make us smile. On balance, unfortunately, without succeeding.

Once the narrative and mechanics have been pitted in more depth, attention must be paid to the graphic sector. The latter deserves particular attention because, although it may have its roots in a ground purely drawn from the oriental stylistic universe (the drawings wink at manga), from a stylistic point of view Poison Control it's too much. 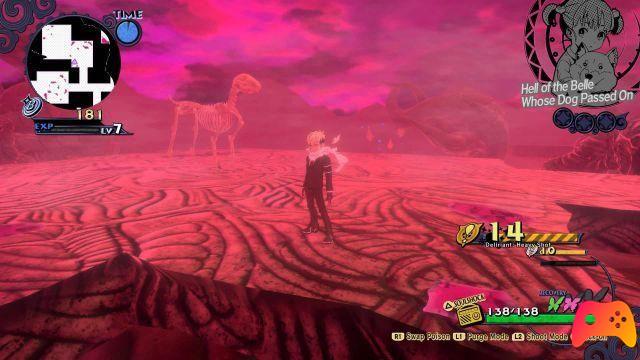 The colors, the in-game shapes, the HUD, the characters: everything is invasive to the nth degree, and after a few game sequences the player finds himself forced to take a long break due to eyestrain. From the very first steps into the game universe, the choice of colors is most striking: the latter, except for the black dress of the protagonist, are in fact extremely bright and, in the long run, end up tiring and disorienting. Often similar details also lead to not seeing some roads present in the environment, as well as to the loss of details.

Similar in that it is extremely bulky, it turns out to be the game HUD which, especially at the end of each purification stage, assaults the view with bright colors and excessive dimensions.

Putting these details aside, however, we must also give a award to the game characters who, as mentioned above, immediately inspire sympathy and bring the mind back to manga and corresponding television transpositions. The only detail that leads them to lose part of their beauty lies in the palettes that characterize them, often as excessive as that of the settings.

One of the most appreciable aspects of the journey within Poison Control it is, of course, the growth aspect of the character. The latter does not happen, in fact, through simple accumulations of experience points, level up and statistic changes, but through interactions with Poisonette. At the end of each level, once Hell has been purified and understood the emotions of Belle who generated it through special thought-forms made of memories and thoughts, the protagonist and Poisonette will have to "manage" the feelings and experiences faced with a short dialogue. : the choices made in the conversation will allow you to increase statistics and gain advantages! 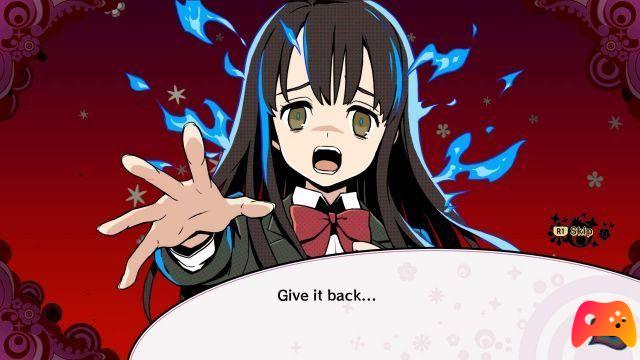 Summing up, Poison Control is certainly an appreciable and enjoyable title, thanks to its intuitive mechanics and a progression mechanism that is not frustrating for the player. The most important aspect lies in the topics covered: the RPG of NIS America tries in fact to bring the gaze, with a lighter approach, to otherwise very complex topics, through the generation of Hell of every Belle. Nippon Ichi has also found a “right” way to make people reflect, thanks to the presence of the thought-forms of each Belle. The latter allow, with a few words, to understand the girl's thoughts and the feelings she experienced, then prompting the player to take advantage of the end-of-level chat with Poisonette to take a few steps in an introspective analysis.

► Poison Control is a Shooter-RPG type game developed and published by NIS America for PlayStation 4 and Nintendo Switch, the video game was released on 16/04/2021