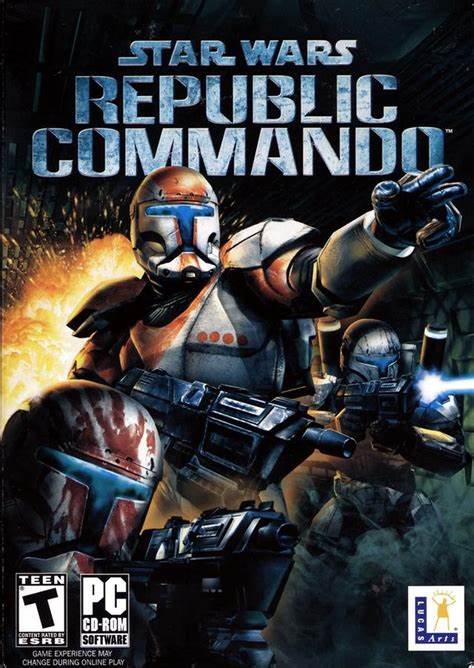 The saga of Star Wars in the last decade it has been revived in different ways: there are many high-level videogame adaptations and several chapters landed on the big and small screen. The fame of Star Wars has never diminished over time, indeed, with the latest trilogy landed on the big screen, the saga has taken on new life thanks to mobile videogame productions among which stand out Star Wars: Force Arena, while on consoles most remember the most successful recent productions: Star Wars Jedi: Fallen Order e Star Wars: Squadrons. Between an unpublished chapter and a film adaptation interspersed with literary releases, the saga sees the revival of some old historical chapters. In these pages, after careful analysis, we are ready to tell you about a little old masterpiece that fans remember very well Star Wars: Republic Commando.

Star Wars: Republic Commando is a team shooter set in the period of the clone war; originally published on Xbox e PC in 2005, fans of Sony e Nintendo thanks to Aspyr Media can now try this videogame pearl on Nintendo Switch e PlayStation 4. Aspyr offers the current player a slightly refined but overall unchanged version of Star Wars: Republic Commando, a version that offers the same game mechanics with the only addition of trophies on consoles PlayStation.


Compared to the original version Star Wars: Republic Commando sees the lack of online modes: deathmatch and the variant capture the flag; these modalities have been excluded from this new revival and personally their lack is completely unjustified, given the nature of the title. Given a great lack of Aspyr Media production, it is time to shed light on the history of the title. Star Wars: Republic Commando is set in the period of the Clone Wars; the title brings the player in the role of the commander of the Delta RC-1138 team in a campaign divided into three macro sections with a longevity of about six hours. 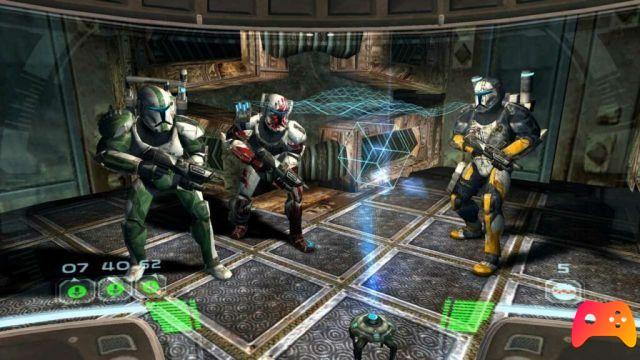 Compared to other productions related to the Star Wars world, Republic Commando is unrelated to the film series and does not have "known faces", but thanks to its simplicity it manages to keep the gamer glued for its entire duration, through objectives that require careful planning to be completed. The gameplay of Star Wars: Republic Commando is team-focused and the player is called upon to balance controls to face enemies. Approaching a "single" style of play leads to certain defeat mainly due to the limited artificial intelligence friend. 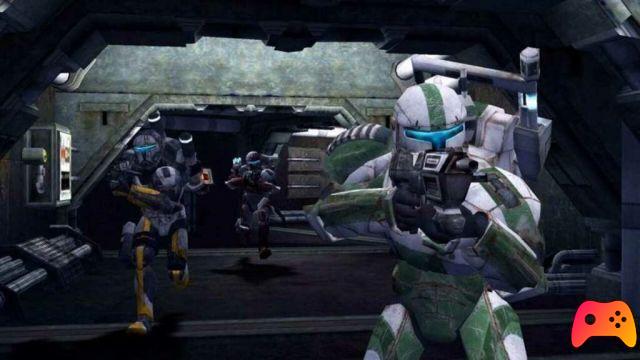 Star Wars: Republic Commando offers the player the possibility to set an "automatic tactic", that is: the decisions on how to face the battle are taken independently by the Delta team, unfortunately, tackling the mission with this feature leads the player to failure certainly because the team makes illogical decisions, often throwing themselves into the heart of the battle, when in reality there was no need. Such a schematic game structure functional in 2005 is now a little out of place and it was desirable that the development team at least revisit the AI, making it more independent. Despite some defects more dictated by the aging of the title than anything else, the gameplay is essentially captivating and varied thanks to the possibility of having a vast arsenal, even if there are some OP weapons such as the DC 17, excellent for close encounters but at the same time even for long haul ones. 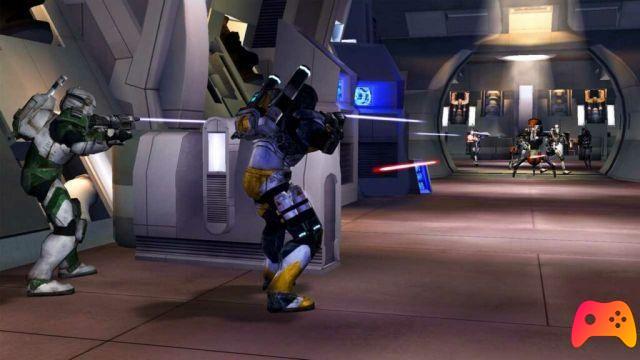 The arrival of this port on the current consoles certainly could have created some doubts as Aspyr Media could re-propose a title of fifteen years ago on the current hardware, but the graphics of Star Wars: Republic Commando have aged well and thanks to the slight cleaning the title does not look bad. as might be expected. Certainly the title is not graphically in step with the times, but the models of the characters and environments are not as dated as it was to be expected. Unfortunately, Aspyr Media's work was really basic and the technical limitations of the past have been completely reported on current consoles: just think of the many uploads between one level and another or the all too linear structure of the missions, aspects that have aged badly, if compared with today's standards. 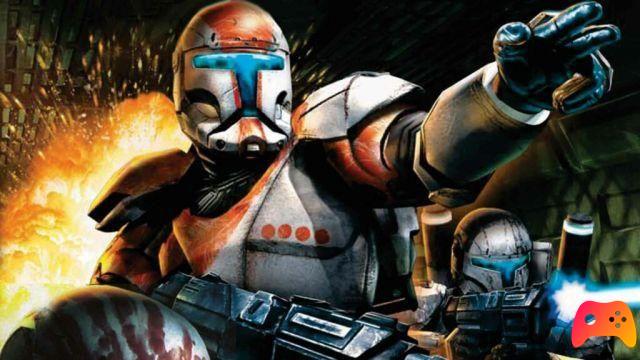 This review is based on the PlayStation 4 version: we had the opportunity to try the title also on the Nintendo Switch and we must say that on the Nintendo laptop the game behaves very well, even if we ran into some sporadic drop in frame rates. Finally, it is interesting to be able to customize the game controls to better adapt them to our gaming experience.

Despite the technical limitations and the rather lazy work of Aspyr Media, Star Wars: Republic Commando is a good port. After about 16 years, the title is still enjoyable and fun to be played as long as you know how to accept all the strengths and weaknesses of the original chapter. We hope that this port can be the beginning of a new series dedicated to the classic Star Wars, re-proposed - hopefully with more care - on the current platforms.

► Star Wars: Republic Commando is a Shooter-Tactical type game developed by LucasArts and published by LucasArts Activision Electronic Arts for PC and Xbox, the video game was released on 17/02/2005 The version for PC came out on 08/07/2009