Review for The Legend of Zelda: Skyward Sword HD. Game for Nintendo Switch, the video game was released on 16/07/2021

There are not many videogame sagas born in the eighties that still enjoy excellent health today. And for excellent health we do not want to say only and exclusively that unpublished titles of that particular brand are published: to be precise, we mean that these games are still central in the videogame industry and in the cultural debate that revolves around the world of video games. Among these sagas it is impossible not to mention The Legend Of Zelda. The legendary epic of Link and Zelda is in fact 35 years old and Nintendo has seen fit to celebrate this important anniversary with a re-release of a game released exactly ten years ago: Skyward Sword.

In our new review we will give you our impressions of this remastered: so take up your sword and shield and dive with us into the legendary world of Zelda. 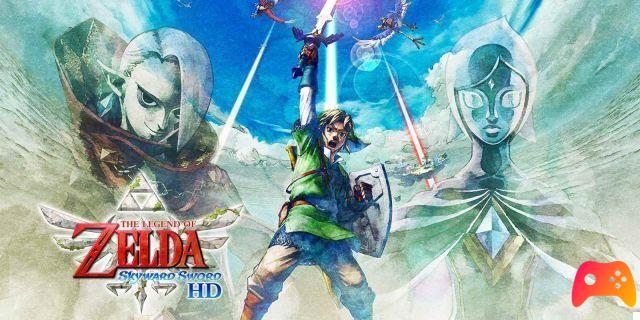 Although the game itself has already been published for ten years, it seems fair to give some hints of plot for those who perhaps want to approach this title for the first time and did not play the original released for Nintendo Wii. Skyward Sword is in fact the chapter of the saga that - chronologically - is at the beginning of the Zeldian timeline and tells, among other things, the origin of evil in Hyrule and how the Master Sword was born.

Your adventure will begin in a city floating above the skies: Over the Cloud. Here, Link and Zelda, along with other cute characters, live their lives quietly until something (or someone) takes Zelda and drags her to Earth. It will be Link's job to go find her and find out what evil entity is behind this kidnapping. 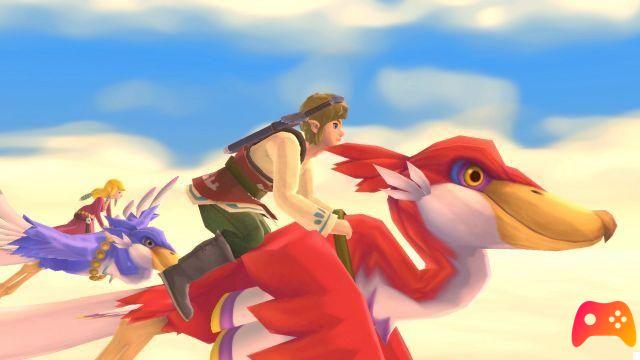 As we have pointed out, the game therefore wants to narrate the origins of the Legend of Zelda and the world you will explore will be very sparsely inhabited and, we could say, immature. Don't expect big villages and lots of NPCs to chat with. In some ways, the world of Skyward Sword is similar and opposite to that of Breath of the Wild. If in the first we find ourselves in places that have yet to prosper, in the second we find instead a poor and ruined world.

After a few hints of the plot it is right to move on to the gameplay. Here too it is necessary to make a premise: if your first Zelda was Breath of the Wild, expect something completely different; if, on the other hand, you have had the opportunity to play other chapters of the saga, know that you will be perfectly at ease. Yes, because The Legend of Zelda: Skyward Sword HD is, above all else, a classic Zelda. In fact, you will proceed with the typical process of most of the chapters of the series. Don't expect the freedom of Breath of the Wild; here the progression will be linear. You will unlock an area, solve environmental puzzles, enter a dungeon, retrieve a new item for your adventure and face the boss at the end of the dungeon and then move on to the next area. However, Skyward Sword stood out from other titles for a peculiarity that was also faithfully reproduced for this re-release in HD on Nintendo Switch: motion plus. 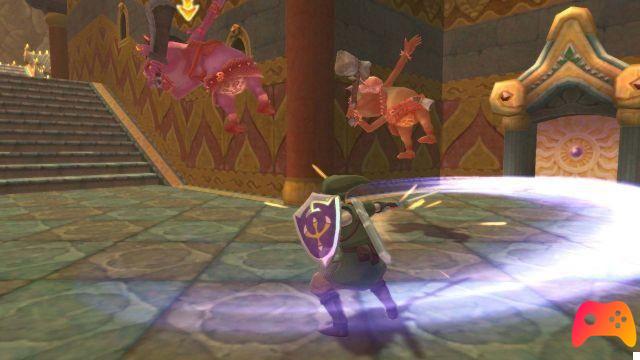 In the original chapter for Wii, in fact, it was played by holding the Wii Motion Plus in order to simulate Link's sword and shield. For The Legend of Zelda: Skyward Sword HD, Nintendo brought back this gameplay mechanic thanks to Joy-Con: So get ready to feel like Link again with responsive in-game movements that are faithful to yours in reality. While the Joy-Con for Switch are more precise and responsive than the Wii Motion Plus, you will have to synchronize the controllers often as after some time it can happen that the Joy-Con no longer respect your movements.

To give a concrete example, it may happen that you want to launch a lateral attack and instead Link will carry out an attack in a diagonal or vertical direction. Nintendo, probably aware of this possible inconvenience, has however integrated a function in the game menu that will allow you to resynchronize the Joy-Con immediately.

While the title was conceived with this gameplay philosophy in mind, this new version features a new gameplay mode. In fact, you can also play using the classic Nintendo controller setup.

In this case you will lose a lot of the identification in Link that the game wants to convey but it will prevent you from running into problems of synchronization or, in general, of movement. With this mode, the directional movements of the sword will be performed with the right analog. An addition that does not mind, which however loses much of the originality of this title. 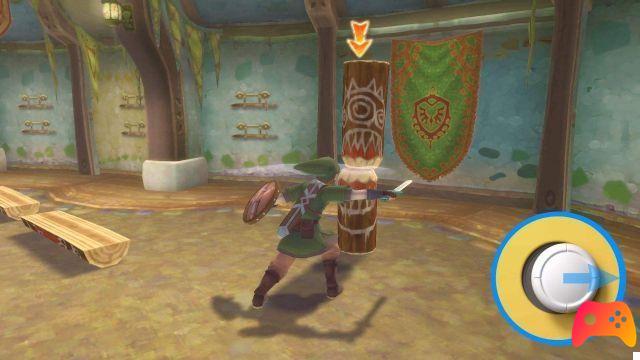 On the graphics front, the game has been remastered in high definition but do not expect a screaming registry in the latest generation of 4K or models remade from scratch. The Legend of Zelda: Skyward Sword HD is a remastered, not a remake. Having clarified this, compared to the original 2011 title, Skyward Sword HD undoubtedly looks cleaner and better looking. In this sense, the graphic sector of the original has helped a lot. Skyward Sword in fact proposed itself with a visual style that was placed between the mature and dark one of Twilight Princess and the cheerful and lively one of Wind Waker. The high definition remastering helped a lot to enhance, on an artistic level, what Nintendo had already done in 2011. In terms of fluidity, the game keeps its 60 FPS stable and we did not notice frame drops during the entire game. The sound sector, on the other hand, remains unchanged and exceptional as that of 2011: Skyward Sword was in fact the first chapter of the series to have a fully orchestrated soundtrack.

As for the negative notes, we found the same as the original title. The Legend of Zelda: Skyward Sword HD, like the original, suffers from excessive simplicity and linearity and despite having implemented some mechanics that will become fundamental for the continuation of the saga (such as the stamina bar), the game cannot keep up with the comparison with other more successful chapters such as Ocarina of Time or the same Breath of the Wild arrived later.

The Legend of Zelda: Skyward Sword HD is a faithful re-edition of the original Zelda chapter released for Nintendo Wii in 2011. The title therefore enjoys the same strengths and weaknesses. Despite this, the Joy-Con of the Nintendo Switch are more responsive than the Wii Motion Plus and make the gaming experience more enjoyable. However, The Legend of Zelda: Skyward Sword HD remains a chapter of Nintendo's legendary saga worthy of being discovered (or rediscovered) and essential for anyone who wants to know how the epic of Link and Zelda began. Therefore recommended for historical fans of the saga and not. Those who have had the opportunity to play the original, will be able to relive this adventure with a stable 60 fps and a high definition graphics sector.

► The Legend of Zelda: Skyward Sword HD is an Adventure type game developed and published by Nintendo for Nintendo Switch, the video game was released on 16/07/2021

Add a comment from The Legend of Zelda: Skyward Sword HD - Review