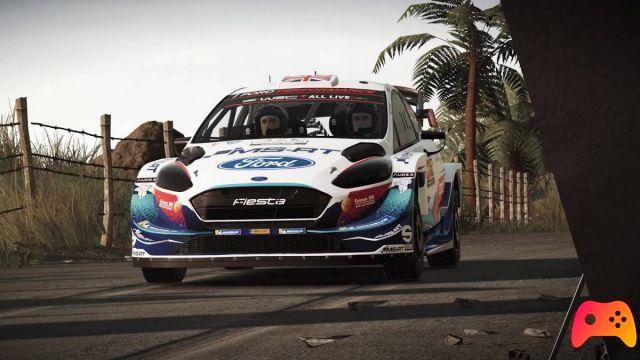 WRC 9 is the well-known rally simulator produced by Kylotonn Games and published by Bigben Interactive. We have already talked about these screens of the version of the video game for home consoles and PC, now it's time to move on to the laptop. This version for Nintendo Switch goes to update WRC 8, a very unfortunate predecessor. Unfortunately, we say it right away, we can't blame the developers for what we're going to analyze: asking to run a title like this on a console like Nintendo Switch is a request definitely risky. Let's say right away that compared to the previous chapter, however, the improvements can be seen ... for the rest, well, let's take a look! 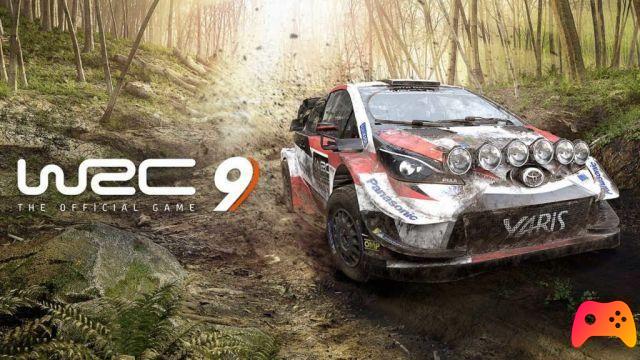 From the minor categories to the WRC


The career mode of WRC 9 is identical to that proposed on home consoles and PCs. You will have to manage every aspect of the season planning, starting from the training days, passing through the choice of the car and the s with the team elements. Let's start by saying that this is not an easy game. Forget about getting in the car and winning repeating specials: you will have to spend time training and understanding the reactions of the car well, in relation to the type of surface and the conditions of the asphalt. In portable mode the writings of the menus may be a bit small for some, while the menus they are easily accessible and usable. The problems, unfortunately, come right at the moment when action is taken.

Rally simulation… with the keys?

Picking up a game like WRC 9 and driving with the pad keys is something that objectively hurts the heart. We are talking about what it probably is the best rally simulation around, not just any arcade put there to make up numbers. The default key configuration provides the throttle on ZR e the brake on ZL, but as we all know Nintendo Switch has "on-off" buttons, no kind of gradual operation or adjustment possible. This element is totally in contrast to a title that makes simulation its cornerstone. The difference between a good corner and a triple rollover with a wrecked car is often determined by a hair more or less of gas. 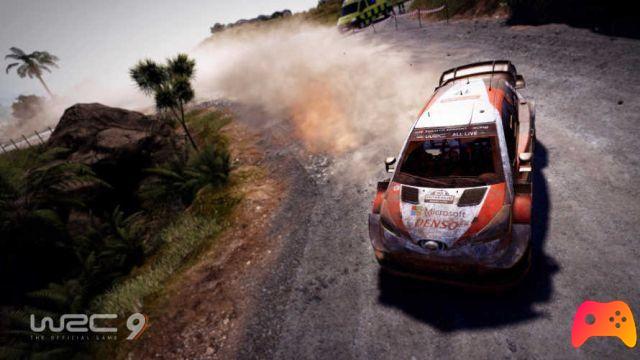 It can partially solve the problem using a controller, but when it comes to portable consoles it is a delicate matter that annoys more than one enthusiast. Completely reprogram the key assignment poses problems of a different nature: if you move the throttle and brake to the right analog, for example, you will have to also move the handbrake from button A. If you consider that, normally, the analogue on the right manages the mobile camera, you understand that the problem is solved on one side but you find it on the other. And the problems have just begun!

The graphics sector is the most sore point of all regarding WRC 9 on Nintendo Switch. This is one of the very rare cases where the hardware literally runs behind the graphics engine, totally insane and unexpected for the player. This means that the creation of the setting, absolutely fundamental in games that make reaction speed and timing their nerve center, takes place lagging behind the pilot's eye. Put simply, you will often find yourself walking around a curve seeing thesudden trees, stones, walls and any kind of natural obstacle. On the second rollover caused by elements that appeared out of nowhere, the temptation to launch the console increases dramatically. Finally, on the audio, nothing to say: it is faithful and also very well implemented.

It is always obnoxious to have to give a developer low marks for faults that aren't entirely his. Unfortunately Nintendo Switch is not a console up to a title like WRC 9. Fans of the big N don't want it, but this is the stark reality. If you want to fully enjoy this title, get it back on PS100 or One X. Even better if you own a next gen console. On Nintendo Switch, the frustration would be too high for you to be able to go far. Forget it and move on.

► WRC 9 is a racing-Simulation-Sport game developed by Kylotonn Games and published by Bigben Interactive for PC, PlayStation 4, Xbox One, Nintendo Switch, PlayStation 5 and Xbox Series X, the video game was released on 03/09/2020
Version for Xbox Series X from 10/11/2020

Xbox: the celebrations for the 20 years begin ❯