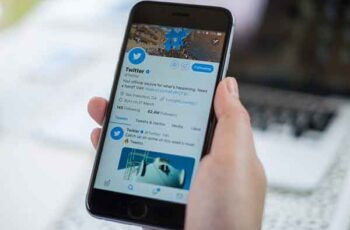 
Twitter notoriously doesn't allow users to edit their tweets. If, on the other hand, you need to correct a typo or have simply changed your mind about a tweet you wrote, you must permanently delete it. Here's how to delete a tweet using Twitter's desktop website and its mobile app, and what happens after your tweet is deleted.

1. Find the tweet you want to delete. You can do this on the Twitter timeline, on your profile page, or by clicking on the tweet to isolate it.

2. Click the three horizontal dots icon in the upper right corner of the tweet. A drop-down menu will open.


If no errors occur during the deletion process (such as losing your internet connection), a small dialog box will appear at the bottom of the screen indicating that your tweet has been deleted.

1. Find the tweet you want to delete. You can do this on the Twitter timeline, on your profile page, or by tapping on the tweet to isolate it.

2. Touch thethree vertical or horizontal dots icon in the upper right corner of the tweet. A menu will appear.

Once you delete a tweet, it will disappear from your profile and history, but that's not all. There are several consequences of deleting a tweet.

However, even if you've deleted the tweet and it's no longer visible on Twitter, that doesn't mean it's gone from the internet forever. If someone took a screenshot of your tweet before you deleted it, they will still be able to post the screenshot even after you delete the tweet.