In its RPG offering it seems that Square Enix is ​​looking for a certain balance, involving Final Fantasy in more modern and out-of-the-line experiments, while Dragon Quest remains stainless in its classic formula. For some time, however, the software house has decided to also offer several titles aimed at those players looking for something different from the usual, fishing with both hands among some particularly atypical titles of its past. We were thus able to rediscover the dawn of the SaGa series, including SaGa Frontier, but also the Mana series which received its Collection of the first three chapters. Compared to the two main Square Enix sagas, these are less common and popular titles, but nevertheless interesting for the most curious players.

A few days after the 30th anniversary of the Mana series (June 28), the remaster returns to the current platforms Legend of Mana. It is one of the most controversial chapters of the series, welcomed by fans with a mixture of enchantment for its particular style, but also some headaches for being so different from past games. For Legend of Mana, in fact, the historical director of the series Koichi Ishii was joined by Akitoshi Kawazu (SaGa's "dad"), who in the role of producer had a great influence in creating a deliberately non-linear chapter.

While one would normally expect a fairly long and epic story from a JRPG, Legend of Mana can be seen more as an anthology of short stories set in the same world. There is not a single storyline to follow, but rather a set of more or less connected missions. There are three of the main narrative strands that involve secondary characters, who in hindsight are the real protagonists of the game, while the player controls a silent protagonist. In theory it is possible to end the game by continuing in only one of these storylines, which upon its completion will lead us to the epilogue of the adventure; but the way the game is structured it is more likely that you will naturally find yourself following more than one, not counting all the optional missions. 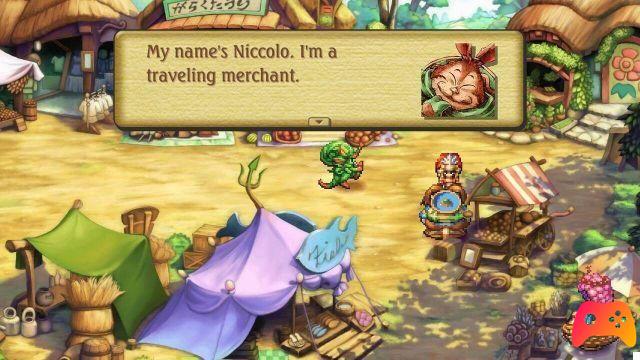 This narrative structure can be understandably confused gamers accustomed to the typical linearity of JRPGs. The fragmented structure of the stories on the one hand undermines the player's involvement, on the other hand it must be recognized that it creates an original formula and could also trigger a “cherry basket” effect, prompting you to devour one mission after another.

Each of the three main story arcs has different themes and together with the side quests it connects and contributes to create an articulated and interesting lore of the world of Fa'Diel for anyone who is curious to learn more about it. The individual quests vary a lot in tone: some are purely humorous, while others have a particularly marked emotional attitude.

The disjointed nature of Legend of Mana's story goes hand in hand with that of its own world. The various explorable locations of Fa'Diel (cities, forests, canyons, etc.) are in fact enclosed in the so-called Artifacts, magical objects infused with the creative energy of the Mana Tree, and it will be up to the player to choose where to place them to physically create the places on the map. In each location there will be new characters, objects and missions that upon their completion will reward us with a new Artifact (or two). On the one hand, this system allows the player to choose which place and mission to face, but on the other hand it conveys a strong sense of disunity in the world, whose places seem disconnected islands.


Behind this “Land Make” system there is also a complex cause-effect web that regulates the occurrence of missions and their difficulty. To put it simply: depending on where you place an Artifact and what order you complete the missions, certain areas of the story will appear or not. It is a system that pushes experimentation to find new scenarios at each run, but it is also unnecessarily complex to investigate, also because it is not illustrated in any way in the game, prompting you to search online for an explanation. 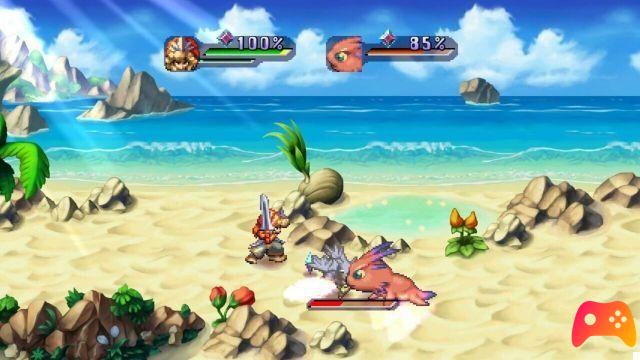 Another rather evident detachment from the past chapters can be seen in the gameplay, especially in the battles that now have a 2.5D orientation reminiscent in some of the beat 'em ups like Final Fight. This also means that before you get used to it, it may happen that you curse several times for not hitting the enemy on duty who is a notch away. It must be said that in general, combat has not evolved well compared to the past. Despite the pleasant freedom to choose the preferred type of weapon, the actions are more limited, it is not possible to open the menu (and therefore heal) during the battle and the special techniques take too long to load leaving almost to chance if the enemy will remain in the right position to get hit.

To emphasize the player's freedom to play at their own pace, the game also features a handful of ancillary activities such as growing a vegetable garden, forging your own weapons, playing magical tools to learn new spells, building golems, and caring for baby monsters in order to make them battle companions etc. 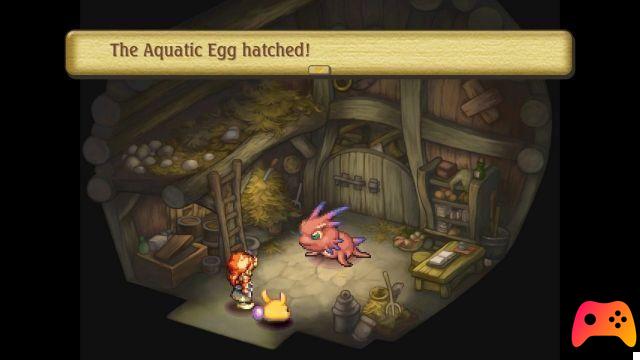 If there is one aspect in particular that immediately strikes Legend of Mana it is certainly the graphic aspect. His fully hand drawn world populated by characters of all with an out of the ordinary pixel art they represented probably the highest peak of 2D graphics for a game of this genre of the first PlayStation (together with SaGa Frontier 2, released in the same period however). The places that make up Fa'Diel are represented with extraordinary care and a vibrant color palette. The same look of the characters, edited by Shinichi Kameoka, it is far from the classic Japanese designs and contributes a lot to giving us the idea of ​​being in a storybook.

Several technical interventions have been made for this remaster. Not only were 16: 9 introduced, but the quality of the backgrounds was rendered in high definition, making us renew our admiration for their quality and level of detail. The portraits of the characters for the dialogs have also been redesigned. Instead, the character and enemy models have not been replaced by HD sprites, but only retouched to adapt to the new resolutions. Although the starting pixel art is undoubtedly remarkable, a certain contrast between the pixels of the edges and the details of the characters and the soft and defined lines of the backgrounds is noticeable, at least until you get used to it.

To crown the great work on the frame of Legend of Mana we think then wonderful soundtrack by Yoko Shimomura, author you will know for her most recent works for Kingdom Hearts and Final Fantasy XV. The composer has really indulged in creating tracks of quite different genres, from the relaxed tones of the cities to the rock rhythms for battles; each track brilliantly accompanies every moment of the game, especially the most emotional ones. On the occasion of this remaster the soundtrack has been rearranged, but it is still possible to choose the original sound accompaniment by selecting it from the menu.

Legend of Mana Remaster adds some definitely welcome features and content. It is now possible to save at any time (except at certain times such as during a fight) and there is an auto-save function. It is also possible to disable encounters with enemies, an option that is definitely appreciated considering the timely respawn of the enemies and the impossibility of avoiding them. It even included Ring Ring Land, a mini-game that at the time of the original release was only available on PocketStation (and therefore only in Japan), which allows you to control one of our trained monsters along paths similar to the game of the goose, obtaining experience and objects; don't expect anything fancy, but its inclusion was a positive touch.

The package is completed by a digital artbook and soundtrack, particularly appreciated given the creative quality of the respective works. 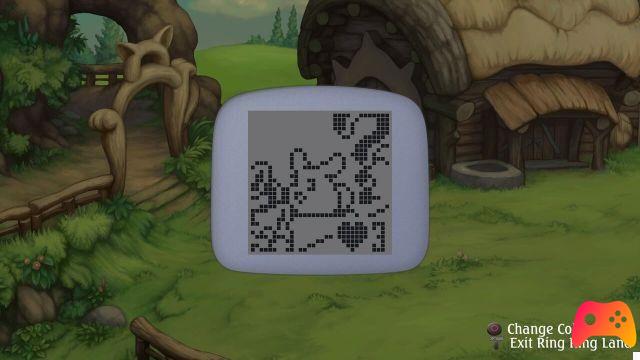 The Legend of Mana remaster is undoubtedly a good opportunity to dive back into the magical land of Fa'Diel. The added contents and features are certainly welcome, even if they clearly do not represent in themselves something essential for those who already own the original game. Those who approach it for the first time should do so knowing that they are going to meet an unorthodox title, which offers original game solutions but with implications that may not please everyone. We could say that it is a less complete game than its predecessors, but that it could make players fall in love who particularly value aesthetics and originality.

add a comment of Legend of Mana Remaster - Review