Review for Metro Exodus. Game for PC, PlayStation 4, Xbox One and Google Stadia, the video game was released on 15/02/2019

The Metro series is now a classic in the world of video games. Artyom's adventures in the Moscow subways after a nuclear war have accompanied us for ten years, and with Metro Exodus series makes its Next-Gen debut thanks to the Enhanced Edition. Many other titles have already made this transition recently, with often quite mediocre results. Metro Exodus Enhanced Edition is a special case among the dozens of rough next-gen releases that have flooded the market. On the one hand we see an evident and appreciated effort by the developers to improve an already very good product in all respects, on the other hand, however, there are many details that make us ask if it was really worth investing in this port.

As you can guess from the first paragraph, the review will focus more on what Metro Exodus Enhanced Edition brings to the table than the original, rather than on the game itself. You can see our opinions on the excellent shooter at the following link with the review of the Vanilla title. 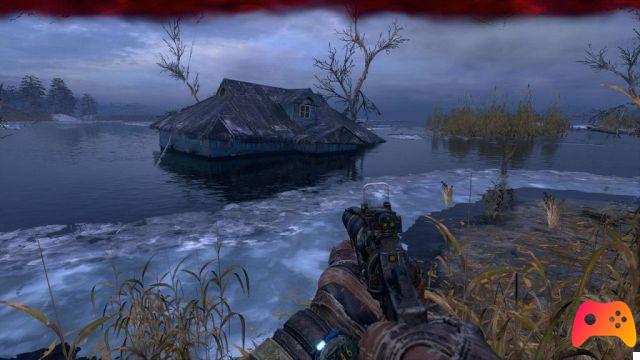 The strengths of Metro Exodus, on a graphic level, are undoubtedly the settings, especially at night. Thanks to a phenomenal lighting system, exploring the Volga or later locations in the moonlight is an experience that alone is worth the price of the ticket.

The game is also built at the level of game design to take advantage of this well-made lighting system, with many sections to deal with stealth by turning off lamps, torches and more to bring complete darkness down. Metro Exodus Enhanced Edition shows its best at this juncture, further enhancing the lighting. Both the gameplay and the game atmosphere are much improved by the implementation of Ray Tracing, although in some places there are some minor graphic bugs that can almost blind the player. 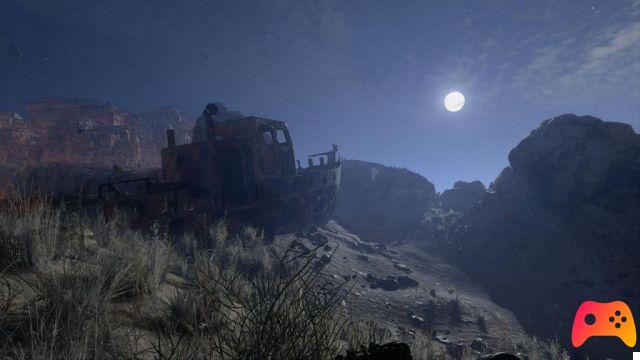 What is holding back this next-gen version in our opinion are the models and the resolution of many textures. Without beating around the bush, every Metro Exodus 3D model is well done, but they're not meant to age very well. The use of a very brownish color palette, in full PS3 / Xbox 360 style, fully shows all the less refined details of the models, in a similar way to what happens on the titles of two generations ago.

Facial animations are often rigid as are the movements of the characters. Furthermore, the day-night cycle, although it is excellent for giving the player a choice in the exploration approach, does not help the graphic rendering as at night the title can be spectacular, but during the day it shows all its limits and is often sterile. due to the absence of excellent lighting. Another big flaw of this next-gen version are the uploads. Over the past 2 years we have heard many of those claims about how "PlayStation 5 and Series X will have instant loads" or all the various discussions about the revolutionary PS5 SSD. However, while other titles have shown how true these claims are, Metro Exodus Enhanced Edition doesn't enjoy instant uploads… or at least not always. Game uploads are incredibly awkward, sometimes it can take 20 seconds (which is already quite a lot) and up to 3 minutes. 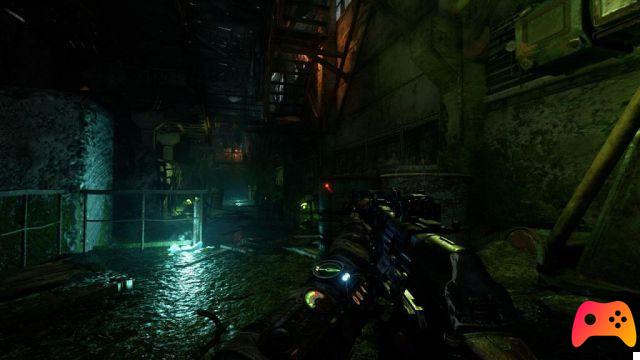 We therefore conclude with the part most dedicated to the exclusive functions of PlayStation 5, the version we tried. Fortunately, PS5 users can find a version of Metro Exodus embellished thanks to the fact that both the card system and the haptic feedback are beautifully integrated. We are not at the level of Sony exclusives that have completely taken control of DualSense, but the work done on Metro Exodus Enhanced Edition is worthy.

Each weapon has a different effect on the triggers and the feedback of the DualSense also changes differently. Artyom's heartbeat is communicated via haptic feedback, as are the shots fired or the heavy footsteps of running. The game is full of cards with guides on all sorts of quests and activities and although long uploads don't allow you to use the cards to their full potential, We have no hesitation in considering the Metro Exodus PlayStation 5 experience as worthy of the time it takes. 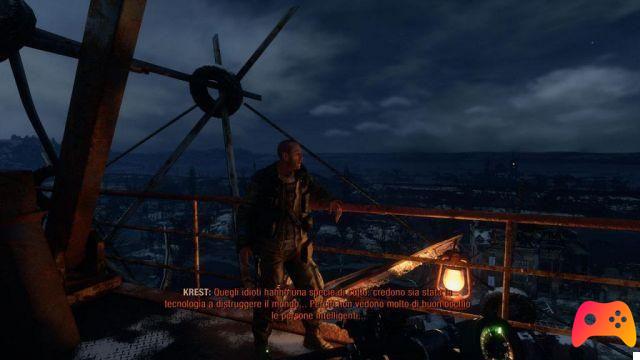 Metro Exodus Enhanced Edition is all in all a good next-gen port, especially if played on PlayStation 5. The haptic feedback and ray tracing are what allowed us to enjoy this adventure, not as a true next-gen experience, but like a remaster of an old title with some interesting new features. Unfortunately the average detail of the models and the long loading limit the potential of the game, but if you have never played Metro Exodus we can only recommend this Enhanced Edition. If you have played it instead, it may be worth a second one on PlayStation 5 for the exclusive features, but you will find an experience improved, but not great to the eye.

► Metro Exodus is an Adventure-Shooter game developed by THQ Nordic and published by Deep Silver for PC, PlayStation 4, Xbox One and Google Stadia, the game was released on 15/02/2019