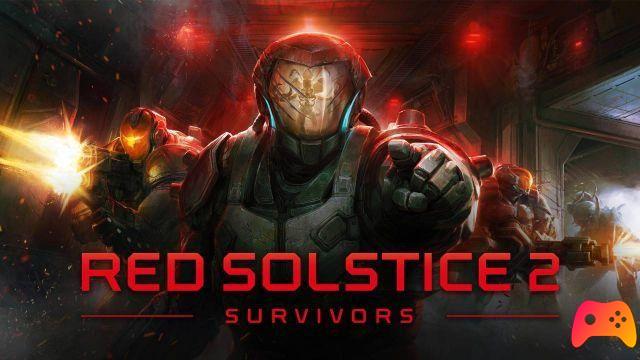 We are back on Mars, once again armed to the teeth.

After our test a few months ago, we were able to immerse ourselves again in the world of Red Solstice 2: Survivors, this time trampling the urbanized Martian soil in the campaign mode - through three different missions - and the Skirmish mode. There is only a month left until the release of the Ironward and 505 Games production, set for 17nd June on PC, and we tell you about our (new) impressions today.

If during our first test of Red Solstice 2: Survivors we had had the opportunity to test the component multiplayer, this time around we got a taste of what the single player experience in campaign mode will be like: as Executor, a war veteran placed in command of the Cell team, we experienced three missions (of limited duration) during which we returned to patrol the red planet, this time not together with other users but with artificial intelligence as a companion in arms.

After a brief introduction we jumped (almost) immediately into the fray: from a main hub It is possible to manage the situation of the planet a bit like it happens in games like XCOM, keeping the spread of the virus under control and trying to gather precious resources. The survival of the allied forces in fact passes through an adequate management not only of the battlefield, but also of the resources and structures that provide support to the soldiers. It is in fact possible to decide which structures to build and upgrade based on your needs, then obtaining bonuses based on the decisions made. 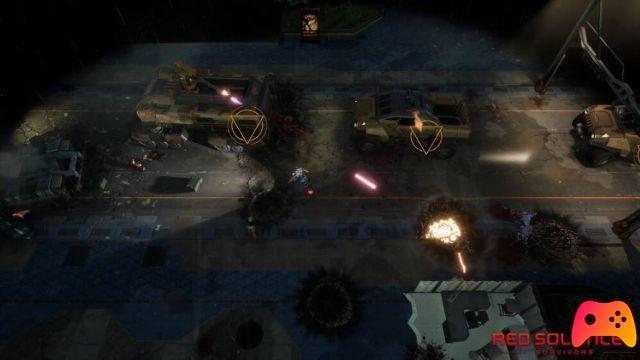 Wandering a bit through the menu options of the campaign mode of Red Solstice 2: Survivors, you can immediately notice that there are items that allow you to quickly access documents that focus certain aspects of the lore from the game, from the background of the characters to the creatures of the bestiary, without forgetting substantial statistics that tell the player's performance on the battlefield. However, what will be the actual weight and care of the texture on the final product, which for now does not seem to play a main role: we obviously await the full game to fully express ourselves on this aspect.

Pausing a few moments on the management side before getting to the heart of the mission, it is interesting to highlight the options related to the customization that the developers have implemented, to ensure an experience in which the player can adapt the character to the preferred style of action: yes it then passes from the selection of the soldier's paraphernalia to the choice of his abilities, both extremely relevant factors. About that, six different classes they allow you to take advantage of specialists with varied roles: in addition to the assault and heavy artillery classes there is the doctor, destined to treat the fighters on the front line, and the sniper, who operates prudently from a distance; the other two classes allow you to use an explosives expert and a stealth mechanics master. Final gloss is a classic Skill Tree that allows you to spend the experience points earned during the missions to get stat bonuses and particular skills. 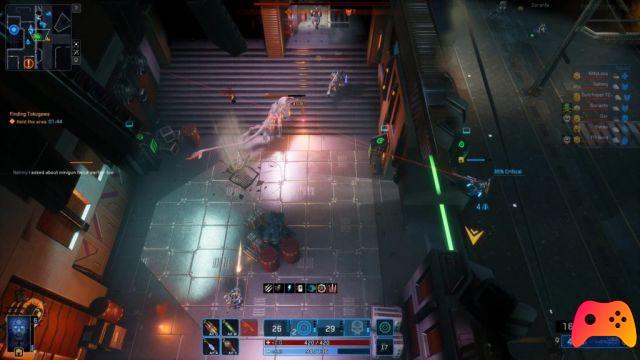 Once on the battlefield, we can only confirm the feelings we had already told in the last piece about this tactical shooter with isometric view: once again we emphasize the usefulness of the evergreen function of overwatch, while a wheel quick menu to control teammates, with different options for giving orders to an artificial intelligence that seems to respond positively, but that we still can't fully judge, thanks to having found ourselves facing not so much difficult mutants as hordes made up of a large number of enemies.

Precisely this has prompted us most of the time to abandon complex tactics and reduce ourselves to war machines capable only of pulling the trigger without asking too many questions. 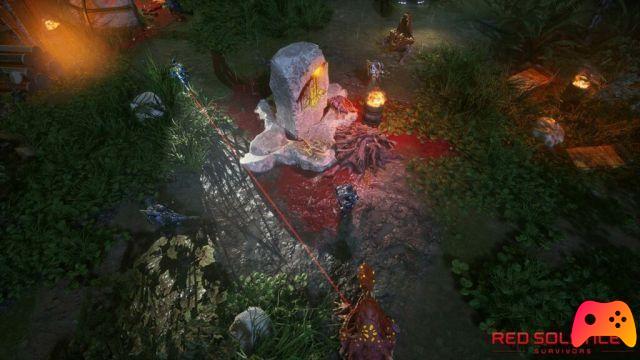 We are however very curious to evaluate what the balance will be in the complete work, with the massive enemy waves that often force the player to take cover behind cover (useful only with some enemies) or to take refuge inside the buildings on the map, a wise move in case it is also necessary to loot lockers to find ammunition and other objects useful: on the other hand, if there is one thing we have learned is that in Red Solstice 2 the ammo is never enough.


During our test, we alternated extremely heated comparisons with mutant creatures to manageable situations without too much difficulty: it remains to be seen if the final game will be able to offer the right compromise between these two types of difficulty or if it will continue to alternate high difficulty peaks. at "quieter" moments. 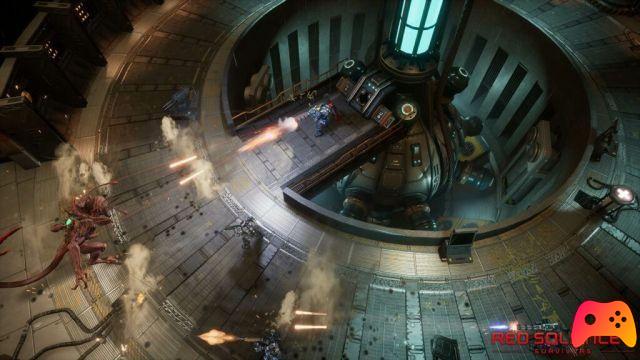 Also to be evaluated the repetitiveness of the missions of the main campaign, which mostly set goals to be achieved scattered around the map and in the long run could be boring if not managed and presented with extreme attention and care. From our point of view, both the main campaign and the single-player Skirmish mode - during which hordes of enemies are faced in a solo mission - take a back seat to the satisfactions that the previous test of Red's multiplayer had given us. Solstice 2: Survivors. A problem that, however, should not arise with the final version, which should allow players to switch from single player to multiplayer without interruptions, through dynamic campaigns.

Finally, the setting remains extremely inspired, with the developers who want to focus on a great variety of places and situations that will then be the fulcrum of the complete experience. From a technical point of view Red Solstice 2: Survivors certainly does not show the muscles of a digital bodybuilder, but the glance is still pleasant and we have also noticed some improvements compared to the latest version: we have not encountered any bugs or stumbles whatsoever and we are however certain that Ironward will still work hard this last month to bring an even more refined product onto the market. 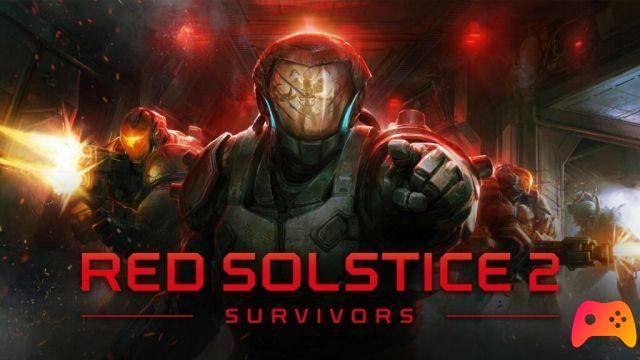 A little more than a month after its release, this new test of Red Solstice 2: Survivors has intrigued us, despite the greatest expectations are aimed at the multiplayer component of the game. The atmosphere remains the same that convinced us during the first test, with some aspects that seem promising and others that will require careful analysis once we have the final product in hand: therefore we postpone the appointment to next month, when beyond to the hordes of mutants we will finally be able to dissect the full game.